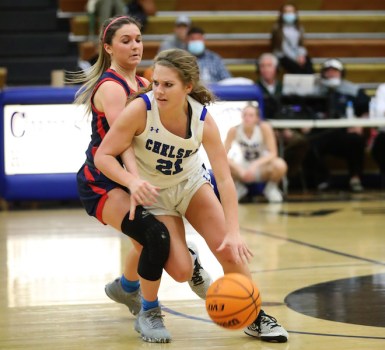 Chelsea’s girls basketball team used a 19-point third quarter and dominant defensive second half to pick up a 47-31 area victory against Homewood on Jan. 12. (For the Reporter/Cari Dean) 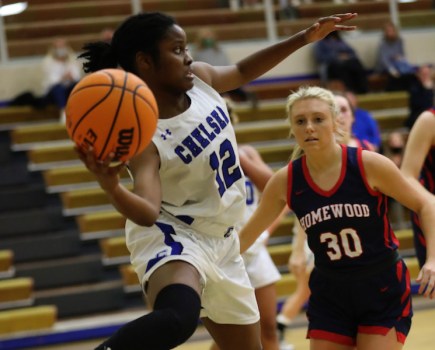 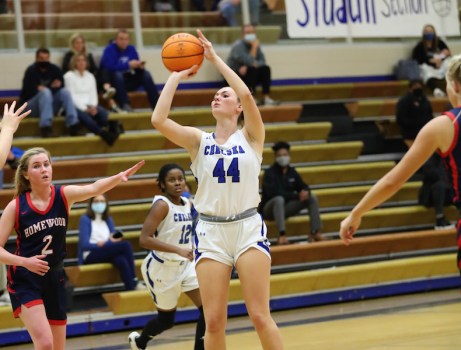 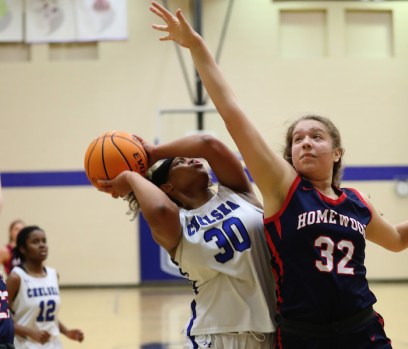 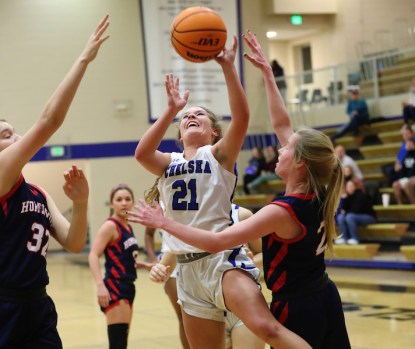 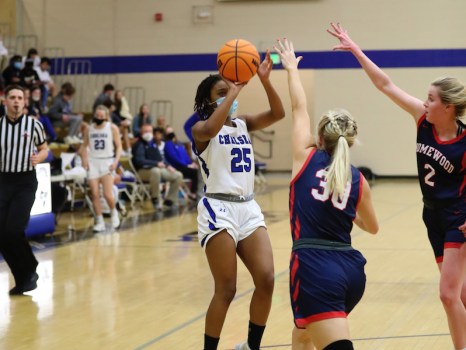 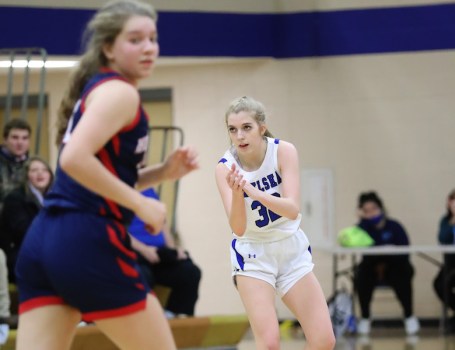 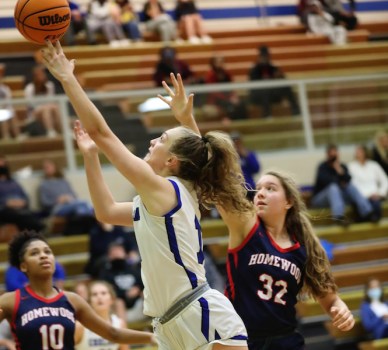 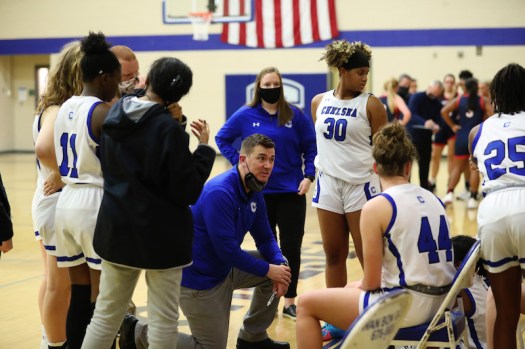 CHELSEA – The Chelsea girls basketball team flipped what was a tight game into a strong area win in the second half against Homewood on Tuesday, Jan. 12.

Marking the first area game of the season, the two teams battled to a one-point game at the half, but the Hornets used their daunting defense in the second half as well as a 19-point third quarter to pull away for a 47-31 victory.

But the 16-point difference in the final score wasn’t fathomable after a back-and-froth first half between the two teams.

Both got off to solid starts with Homewood posting 12 points thanks to four different players knocking down a shot, including 3-pointers from Brinley Cassell and Anna Grace Gibbens as well as four total points from Caidyn Cannon.

The Hornets were right on the heels of the Patriots thanks to five players scoring a combined 11 points to go into the second quarter down by one.

The tight first half continued into the second quarter, but the Hornets were able to shift the momentum into their favor.

They improved defensively, giving up 10 points, while the offense continued a balanced attack with five players scoring again, including four from Mackenzie Titus and a key 3-pointer from Sydney Schwallie.

Those baskets, along with jumpers from Ellen Fleming and a free throw from Lexi Redd put Chelsea in front 23-22 at the half.

And that one point was all the Hornets needed thanks to their halftime adjustments.

A team that has been known as a dominant defensive force this season, Chelsea came out in the second half and proved that’s what it was.

The Hornets allowed just three points on one made basket from beyond the arc in the third quarter.

And what that did for the offense was the difference.

That took a one-point game and made it a 17-point game in eight minutes of action.

Up 42-25, the Hornets didn’t have to do anything special in the final quarter other than continue to perform on the defensive end.

Ashley Washington posted all five of her points in the fourth period, which accounted for all of Chelsea’s points, while the defense only allowed two more 3-pointers to polish off a strong finish to the game.

Fleming led the way for the Hornets with 12 points, while Titus added nine. Chelsea got points from eight of its players in the win.