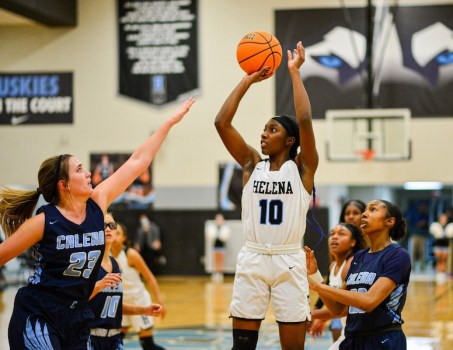 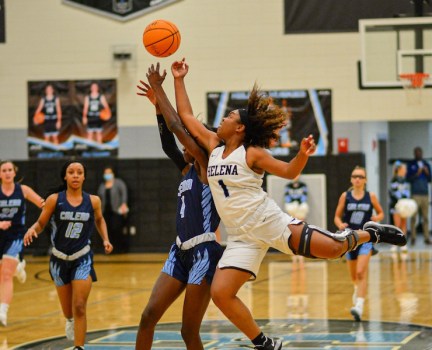 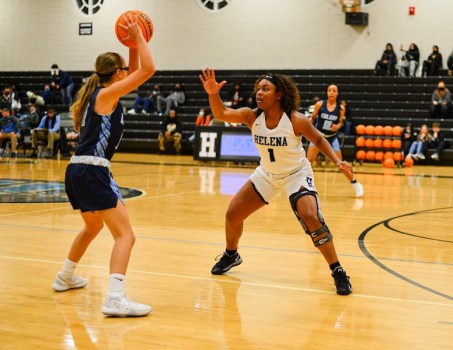 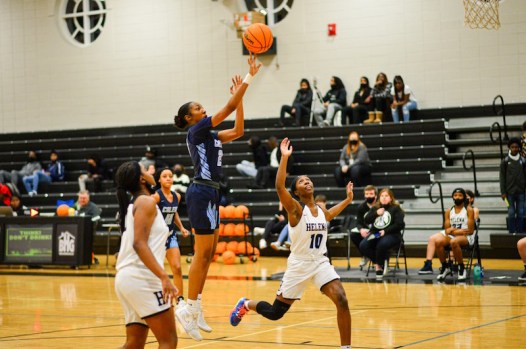 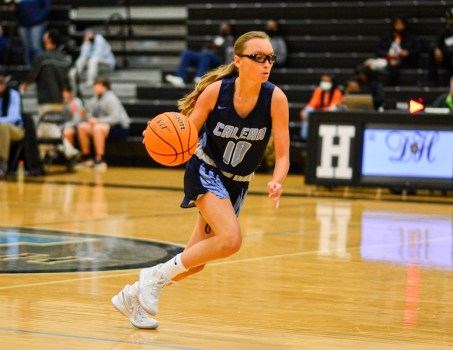 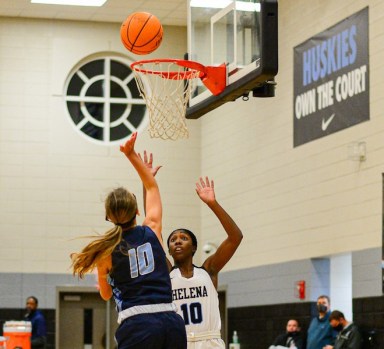 HELENA – The Helena girls basketball team used a dominant first half to gain control against Calera in their area opener and eventually pull away for an easy 58-15 victory on their home floor.

The Huskies scored 15 and 20 points in each of the first two quarters, respectively, and gave up just nine total points in the first half for a remarkable defensive start.

That became more than enough separation, as the Eagles never found a rhythm offensively, which helped Helena close out a dominant performance.

Of those four, three had at least three points with Montana Harris continuing a strong season behind six points to start the game and Kya Gardner adding five points.

In addition to those two, Kennedi Nobles and Brianna Wilson, the team’s other two leading scorers, added three and two points, respectively.

But that was just a warmup for the Huskies, who came back in the second quarter with the period of the night.

Gardner came out and hit her second 3-pointer of the night to help total seven points in the quarter, while Alana Scott joined her with seven in the quarter.

The Huskies made all four of their free throw attempts in the quarter and knocked down seven shots, including two 3-pointers, to total 20 points.

But the defensive effort continued to be the highlight as Helena held Calera to just two field goals and four points in the quarter to take a commanding 35-9 lead into the half.

And as dangerous as the Huskies were in the first half, they became even more difficult to handle in the third quarter

After making adjustments and playing confident on the defensive end, Helena came out and gave up just two more points on one field goal in the third.

That paired with 13 more points on the offensive end from six different scorers helped the Huskies extend the lead to 48-11 going to the final quarter.

The Huskies finished off the dominant night by allowing just four points and scoring 10 more in the fourth.

Helena was led by 13 points from Gardner, while Harris and Scott each added 11. Beyond that, Nobles, Jessica Powell, Sophia Merchant and Wilson each had four or more in the game.