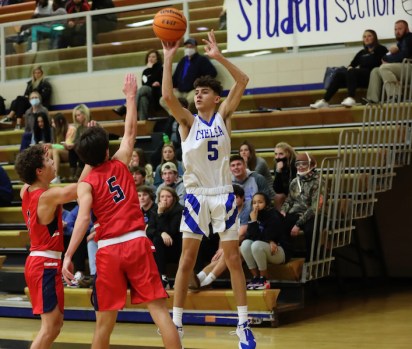 Paul Lanzi put together a special performance in Chelsea’s area opener on Jan. 12, totaling 25 points to lift the Hornets to a 56-51 victory. (For the Reporter/Cari Dean) 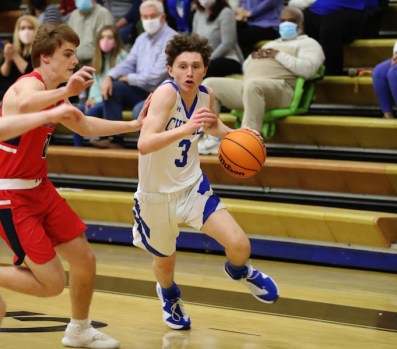 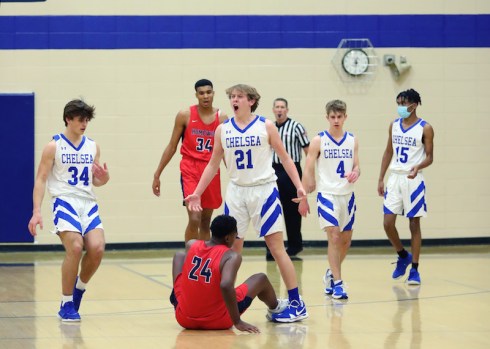 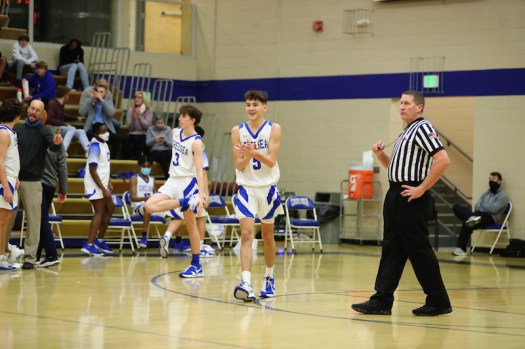 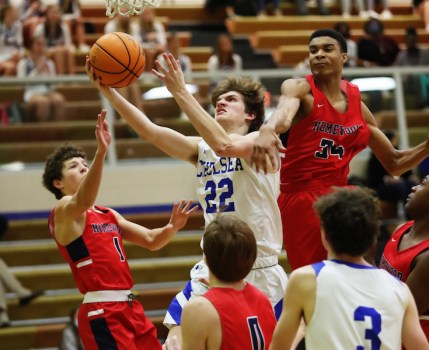 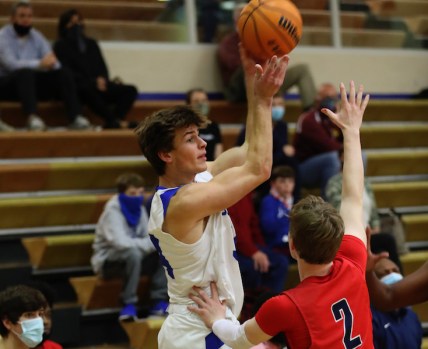 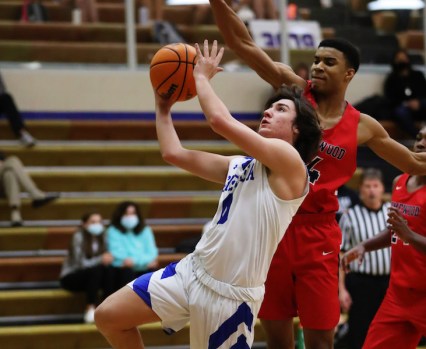 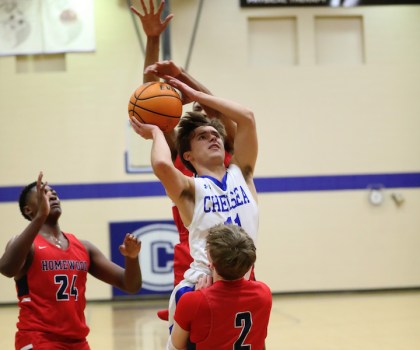 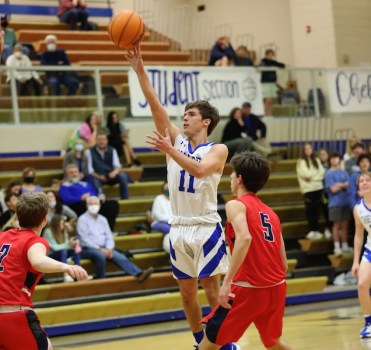 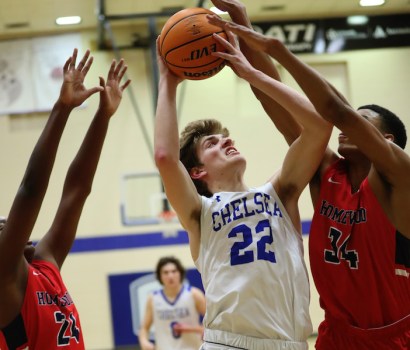 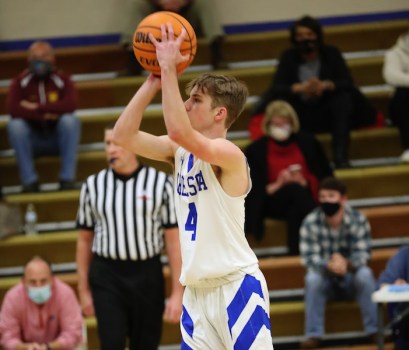 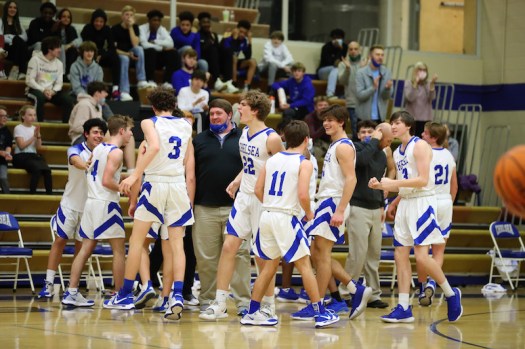 CHELSEA – The Chelsea Hornets had been on the verge of several big wins this season heading into their first area matchup on Tuesday, Jan. 12, but they had come up short several times in games decided by 10 points or less.

In their area opener, however, Paul Lanzi made sure that trend got squashed as he helped will the Hornets to a tightly-contested 56-51 victory against Homewood.

Lanzi started the game on fire with 14 points in the first quarter, and then bookended his impressive night with six in the final quarter to finish with 25 points and make a crucial difference in the final score.

Holton Smith also helped the Hornets close out the win in the fourth quarter thanks to an impressive 7-8 mark from the free throw line, which put to rest any chance the Patriots had at a comeback. That was part of a strong free throw shooting performance for Chelsea, who finished 14-20 from the line.

The Hornets got off to an ideal start in the first half thanks to two of their best quarters of the season.

The opening quarter was all Lanzi. He caught fire from beyond the arc early, knocking down four 3-pointers in the first eight minutes as part of 14 of Chelsea’s 15 points in the period.

Homewood held its own in the quarter with 11 points, but the Patriots missed six free throws in the quarter, which prevented them from taking the early lead.

They followed that up by making three of four in the second quarter in addition to two 3-pointers en route to 13 points, but that wasn’t enough to keep pace with a hot shooting Chelsea team.

The Hornets came out and drained four more 3-pointers in the second quarter from four different players to help post 20 points and take a 35-24 advantage into the break.

That strong start for Chelsea became important with a much slower-paced third quarter.

The Hornets went from 15-plus points in the first two quarters to making just one field goal and totaling two points in the third quarter.

Defensively, however, Chelsea stepped up to prevent Homewood from taking advantage.

The Patriots cut into the lead, but only by six points after totaling eight points in the quarter. They made four of six from the line in addition to two field goals, which made the score 37-32 going to the final quarter.

Despite Homewood flipping the momentum, Chelsea was able to bounce back for a thrilling finish.

The Patriots built off of their strong start to the third quarter by posting 19 points in the final period on the back of three 3-pointers.

But Chelsea did exactly what it needed to do to fend off the comeback.

The Hornets bounced back from their third-quarter struggles by knocking down nine of 11 free throws down the stretch for a clutch finish.

Smith’s seven free throws set the pace and gave him 10 points in the game to help cement the win, while Lanzi closed out his 25-point performance with six more, including a 2-2 mark from the free throw line.

Riley Edmiston and Warner Jones also had important baskets in the final period with six combined points in the five-point win.