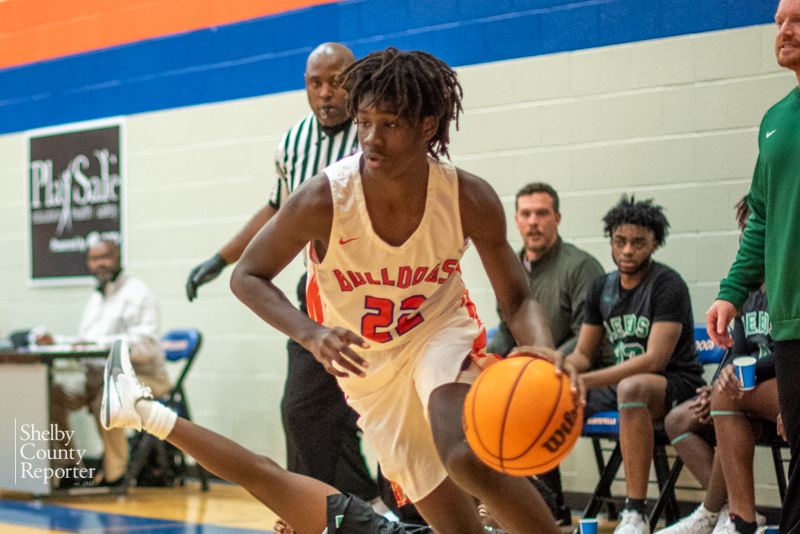 Montevallo became the first county team to score 100 points this season in a dominant 100-35 area win against West Blocton on Tuesday, Jan. 12. (File)

WEST BLOCTON – The Montevallo Bulldogs did something rare at the high school level when they scored 100 points on Tuesday, Jan. 12, in an area win against West Blocton.

The Bulldogs became the first in the county to reach that mark this season pulling away from the Tigers for a 100-35 win to maintain a stronghold on second place in the area.

Montevallo scored 31-plus in each of the first two quarters and 24 in the third quarter to total 88 points through three quarters of play in eight-minute quarters.

At the half, the Bulldogs had 64 points, which is more than many teams score on average thanks to a dominant start on both ends of the floor.

Oddly enough, West Blocton took the first lead of the game on a 3-pointer, but Montevallo responded with a 25-0 run over the next seven minutes of the quarter to storm in front 25-3.

The Bulldogs only gave up eight points in the frame and scored six more over the final minute to take an early 33-8 advantage.

Michael Jones, Grey Williams and Kial Cottingham were big reasons for that success in the early going with Williams scoring eight points on two 3-pointers and both Jones and Cottingham adding seven apiece.

The balanced start continued into the second quarter with the Bulldogs scoring 31 more points with six different players having an impact.

Zach Holmes posted 11 points to pave the way in the quarter, while Izaiha Holmes added eight points. That balanced scoring in the first half, combined with a consistent defensive effort of allowing eight points in both quarters, helped the Bulldogs take a 64-16 lead at the halftime break.

The rest of the game was a mere formality, but the Bulldogs still continued a balanced offensive attack in the third quarter thanks to eight different players scoring.

That helped Montevallo add 24 points to an already insurmountable total. Although the defense gave up 15 points, the most they gave up in any quarter, the Bulldogs still carried an 88-31 lead into the final quarter.

With a running clock, Montevallo closed out the game by allowing just four more points in the fourth while hitting the 100 number on the dot with 12 on the offensive end.