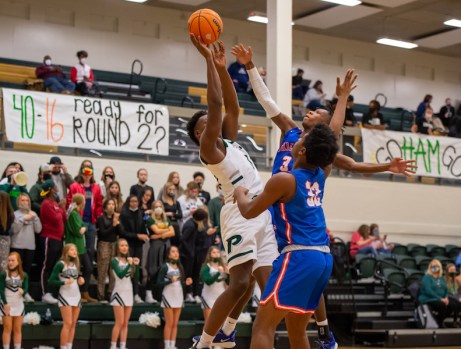 Pelham took advantage of a 20-2 start and 10 scorers in double figures on Jan. 12 to sprint past Chilton county for a 77-46 area victory. (For the Reporter/Larry Dancy) 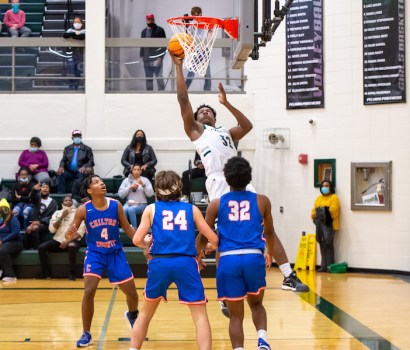 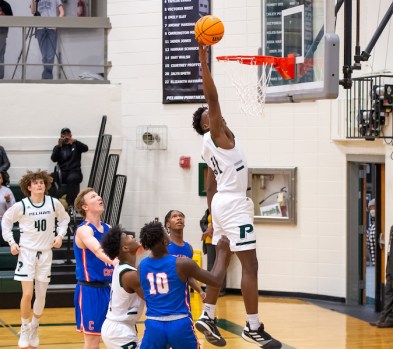 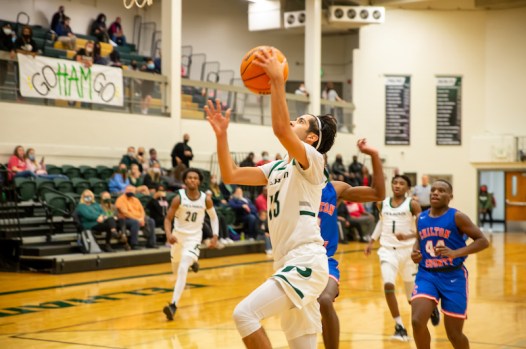 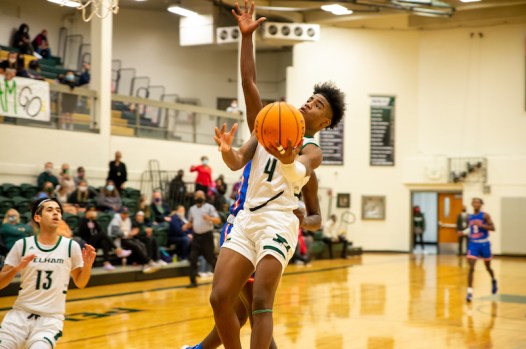 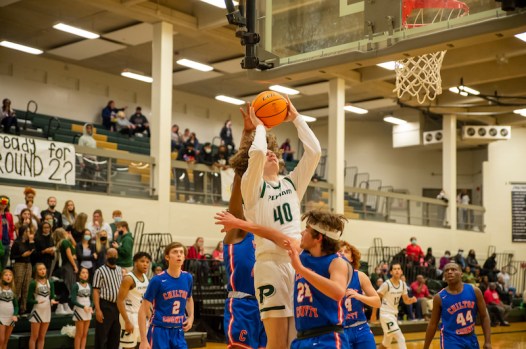 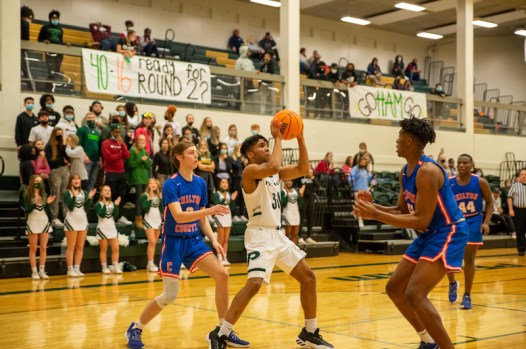 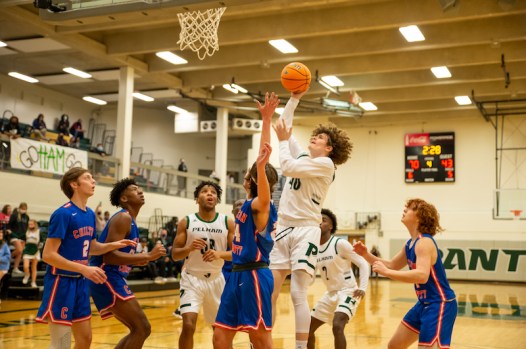 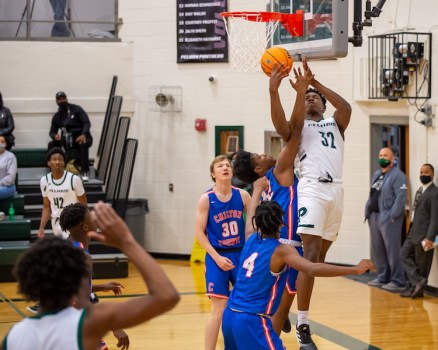 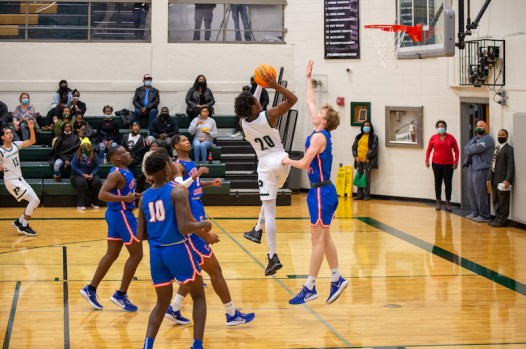 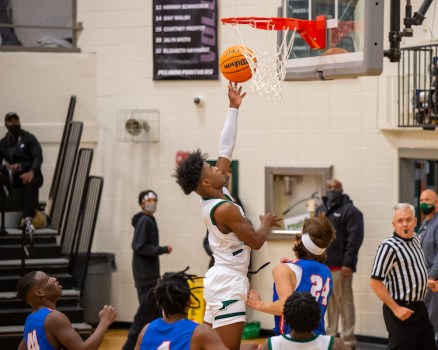 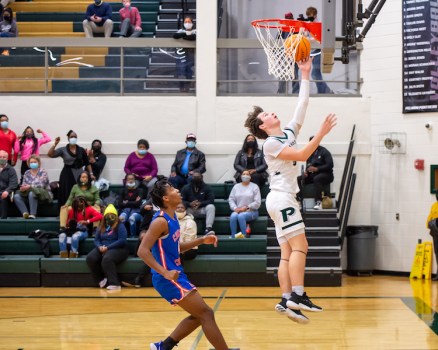 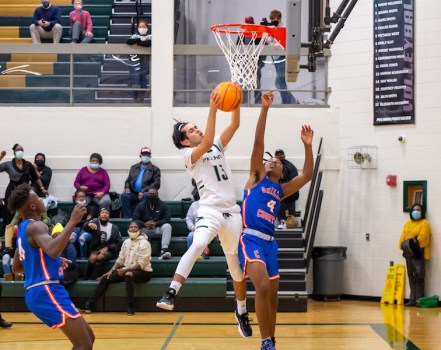 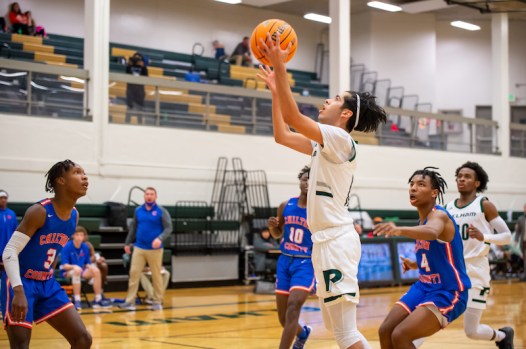 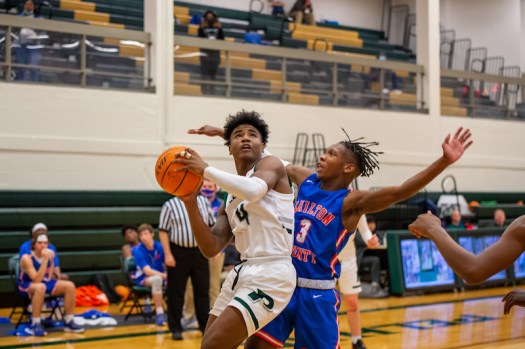 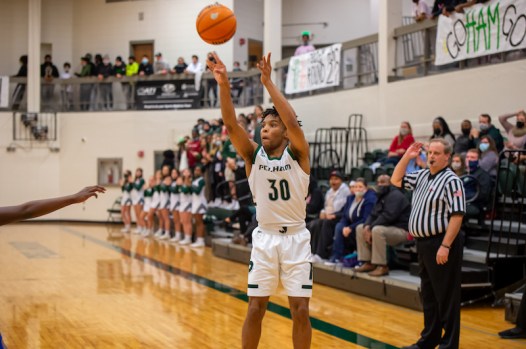 PELHAM – The Pelham Panthers got at least six points from nine different players and points from 10 total players on Tuesday, Jan. 12, to pick up a dominant 77-46 win against Chilton County.

The victory also gave the Panthers a 1-0 start to area play, as they scored at least 16 points in every quarter and 20-plus in three of the four quarters.

They also couldn’t have asked for a better start on both ends of the floor. Pelham started the game on a 13-0 run and eventually pulled out in front 20-2 at the end of the first quarter after giving up just one field goal in the opening period.

It was an ideal way to tip off the game, as seven players scored right out of the gate, including five from Kendan Maddox and four from Jordan Holloway.

With Chilton County now in an 18-point hole after the first eight minutes, the Tigers needed a response and they got it in the second quarter.

With Pelham’s starting five on the bench, Chilton County found a rhythm offensively and posted 18 points in the quarter behind five from BJ Davis and seven from Jakeveon Bolding.

But the Panthers still got 16 points thanks in large part to a perfect 5-5 mark from the free throw line and six players scoring in the quarter.

That kept the Tigers from cutting into the deficit by more than two points, and Pelham was able to still hold a commanding 16-point lead at the break.

The consistency continued for the Panthers’ offense in the second half. They came out and scored 20 more points in the third quarter thanks to seven points from Roy Gonzalez and six from Darius Copeland in addition to seven combined from Evan Pate and Maddox.

Pelham’s defense also stepped back up after the halftime adjustments. The Panthers never were as good as the two points they gave up in the first quarter, but they didn’t give up more than 13 the rest of the game.

That started by giving up just 12 points in the third period, which allowed Pelham to extend the lead to an insurmountable 56-32 going to the final quarter.

And the Panthers made sure it was insurmountable by how the offense closed the game.

Chilton’s offense posted 13 points in the frame, but Pelham saved its best quarter for last with 21 points behind seven from Chase Blackburn and six from Avery Childress.

That helped the Panthers close out the 31-point victory in impressive fashion.

Maddox led Pelham with 11 points in the win, while Childress added 10 off the bench. Pate, Copeland and Gonzalez all posted nine points, while Holloway added eight. Kamari Hollis and Myles Wynn each added six.