Thompson girls pull off comeback for area win in OT 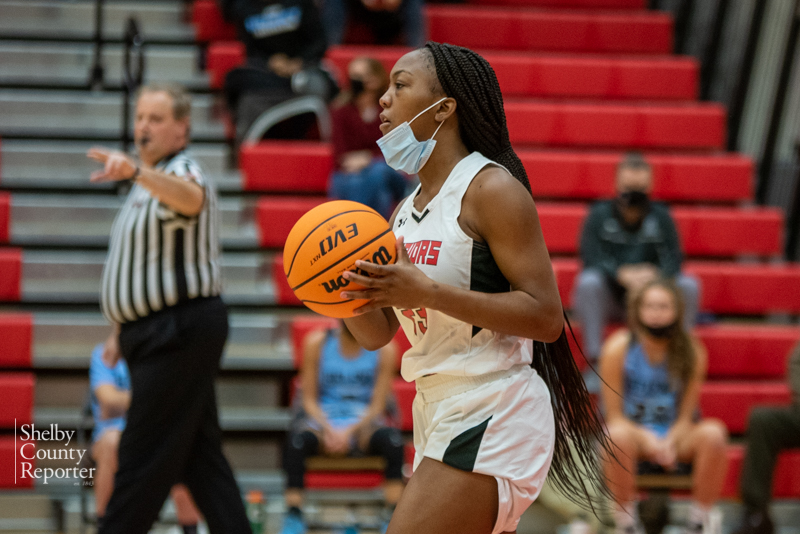 The Thompson Warriors won their area opener on Tuesday, Jan. 12, thanks to a comeback in the fourth quarter, which forced overtime and led to a 53-51 win. (File)

TUSCALOOSA – The Thompson girls basketball team entered the final quarter of their area game with Tuscaloosa County on Tuesday, Jan. 12, trailing 32-27 on the road.

In the final quarter, however, the Warriors didn’t panic. Instead, like they have several times this season, they came out composed and determined to will themselves back into the game.

Thompson outscored the Wildcats 11-6 down the stretch, playing its best defensive quarter of the game, to come back and even the score at 38-38 at the end of regulation.

With momentum now on their side, the Warriors carried that into a thrilling overtime period. The two teams went blow-for-blow in the extra time, but it was Thompson who found the extra effort late in the game, outscoring Tuscaloosa County 5-3 to comeback and grab a 53-51 win.

It was an important area victory for the Warriors, who will have to deal with a difficult area featuring No. 1 Hoover and Oak Mountain as well. But with Oak Mountain and the Wildcats now 0-1, the Warriors have an early advantage for one of the top two seeds.

Throughout the game, Thompson’s effort was consistent, but the offense couldn’t quite match Tuscaloosa County’s through the middle quarters of the game, which led to the deficit going into the fourth quarter.

But in the opening quarter of the game, the Warriors matched the effort of the Wildcats on both ends of the floor. Both teams posted seven points in a low-scoring defensive battle out of the gate.

The two teams started to warm up offensively in the second quarter with Tuscaloosa County posting its best quarter of the game. The Wildcats scored 14 points on that end of the floor, while their defense continued a solid night by only giving up 10 points to take a slim 21-17 lead into the half.

Coming out of the break, the two teams battled in a back-and-forth third quarter, but it was Tuscaloosa County who again was able to grab a slight edge.

The Wildcats posted 11 points in the period, but Thompson continued to truck along with a consistent effort, adding 10 more points for the second quarter in a row.

And that consistent offensive performance finally paid off in the fourth quarter.

While the Warriors never lit up the scoreboard, they just needed one quarter where the defense played like it did in the first period.

That happened in the final frame, as the Warriors allowed just six points in their best quarter of the night to pair with the 11 points from the offense, which was also a best on the night.

It marked a strong turnaround for the Warriors, who improved to 13-4 overall on the season, continuing an impressive season under second-year head coach Marty Smith. Last year, through 17 games, Thompson was one game under .500 at 8-9. Now, they’re nine games above .500.