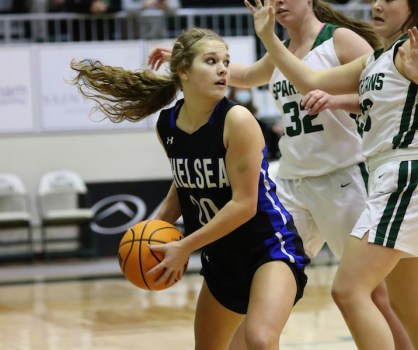 Chelsea’s girls picked up a 57-49 win against Mountain Brook on Friday, Jan. 15 behind three scorers in double figures including 14 from Sydney Schwallie, above. (For the Reporter/Cari Dean) 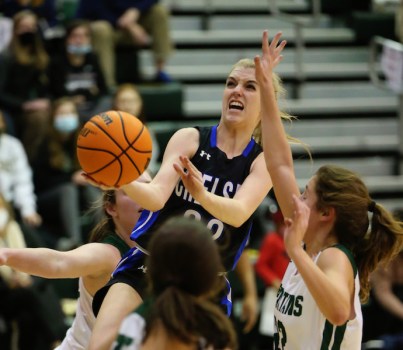 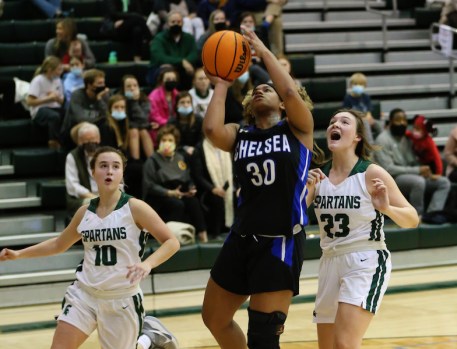 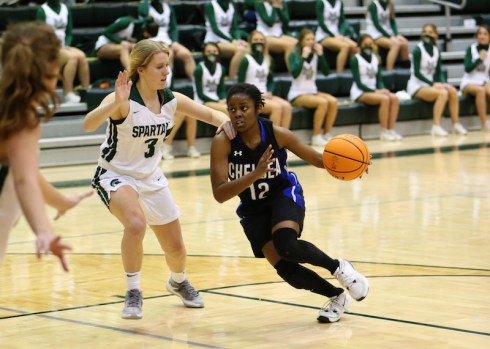 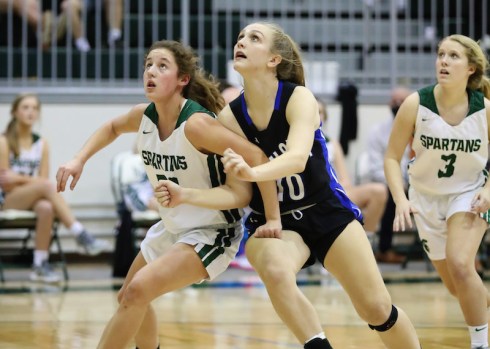 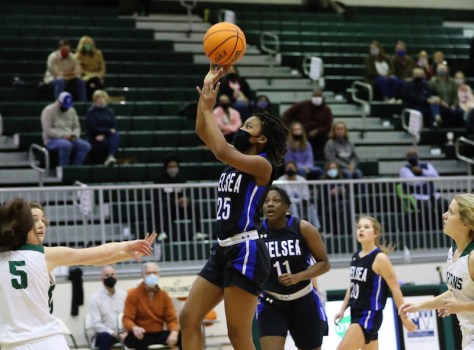 MOUNTAIN BROOK – The Chelsea girls basketball team has been dominant on the defensive end of the floor this season, and that continued on Friday, Jan. 15, as the Hornets improved to 2-0 in area play.

Chelsea gave up 12 or less points in each of the first three quarters to help the Hornets take the early advantage, while the offense closed the game out by scoring 22 points in the final quarter, including 16 free throws, to pick up a 57-49 win.

The Hornets started their impressive night from the free throw line in the opening quarter of the game by making all seven of their attempts, which led to 13 points in the quarter.

Mountain Brook answered that with 12 points of its own, with five different players hitting one field goal in the quarter.

But that marked the most points for the Spartans in the first three quarters, as Chelsea turned up the pressure defensively.

In the second quarter, the Hornets limited Mountain Brook to just nine points, all on threes from Emily Straughn.

Chelsea answered that with a balanced attack for 12 more points to take a 25-21 lead into the half.

Throughout the night, the Hornets never did create a ton of separation in any quarter, but the gradually added to their lead and that remained the case coming out of the break.

Chelsea posted nine more points behind four more scorers, including four from Ellen Fleming, while the defense continued to play well by giving up nine more points to extend the lead to 35-30 heading to the final quarter.

That’s when the game shifted from a low-scoring battle to a combined 41 points from the two teams.

Mountain Brook got 10 from Emma Stearns and posted 19 in the quarter, but forced to foul the Hornets late to try and work back into the game, the Spartans never could claw their way back.

Chelsea earned 23 free throw attempts in the final quarter and made 16 of them to help post 22 points and put the game away.

The Hornets were led by Sydney Schwallie with 14 points thanks to an 8-12 mark from the free throw line in addition to three field goals. Mackenzie Titus was just behind with 13 points, making all five of her free throw attempts and four field goals.

Fleming added 11 points after making six of her eight free throws in addition to a 3-pointer and a field goal.