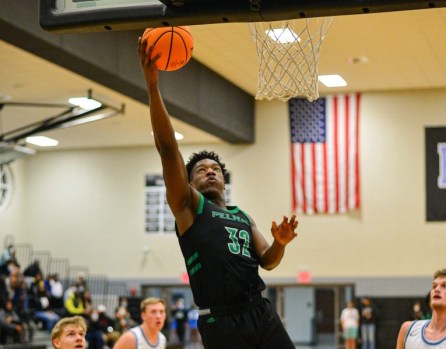 Kendan Maddox, above, scored 20 points to help Pelham pick up an area win against Helena on Friday, Jan. 15. (For the Reporter/Jeremy Raines) 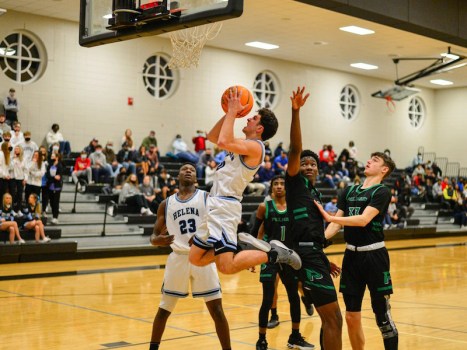 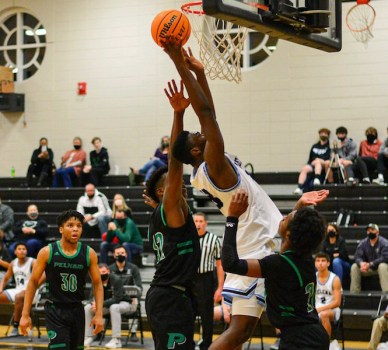 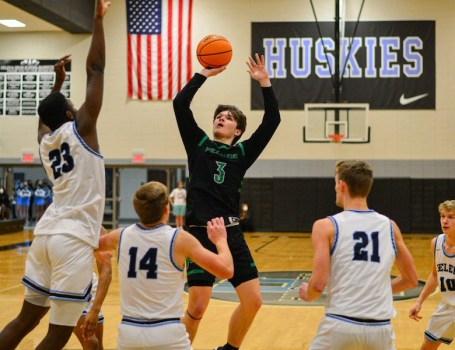 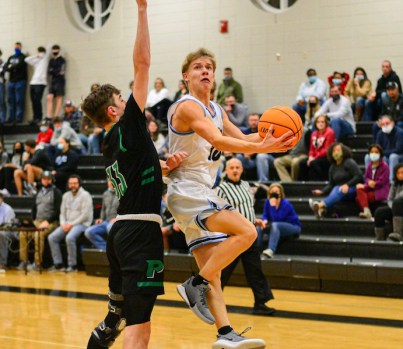 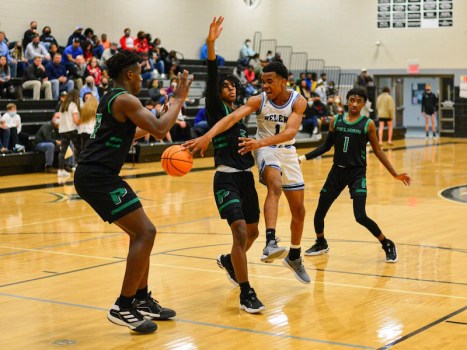 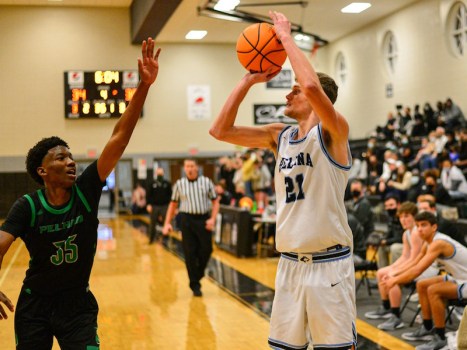 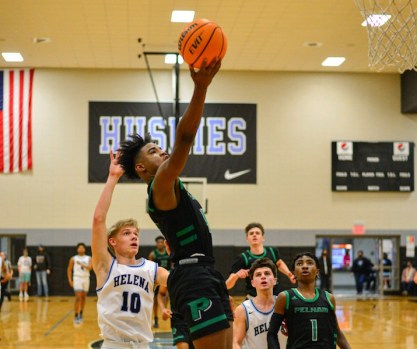 HELENA – After a slow start to the season due to injuries and COVID-19, Greg Dickinson’s Pelham Panthers have found success as of late during the head coach’s first year, and that continued on Friday, Jan. 15, with an area road win against rival Helena.

In a game that saw the Panthers held a lead of five points or less at the end of every quarter, free throw shooting made the difference at the end, as the visitors knocked down a clutch 10 of their 13 free throws in the final quarter for a 52-49 victory.

Three of those free throws were knocked down by Kendan Maddox, who also added two field goals in the final quarter to cap off a 20-point night, which also made a difference in the final score.

Helena, however, only made six of its 14 free throws in the game and missed four of six taken in the final quarter to prevent tying or winning the game.

But throughout the game, the Huskies hung with the Panthers as the two teams traded baskets in a tight contest.

In the opening quarter of the game, Maddox posted six points for Pelham, while four of his teammates knocked down a field goal as well to post 14 points.

Helena responded by knocking down two 3-pointers, one from Jacob Satterfield and one from Josh Williams, as well as three other field goals to post 12 points and draw within two points of the Panthers going to the second quarter.

Both defenses improved in the second quarter, which led to some offensive struggles at times and led to each scoring 10 or less.

Pelham only made three field goals in the quarter but also got three free throws and saw balance.

Helena had to rely on Satterfield, who did his best to keep the Huskies in the game at the half. He scored all eight for his team in the period, including a 3-pointer, a jumper and a 3-4 mark from the free throw line.

His effort was relentless, but Pelham’s balance put the Panthers in front 24-20 at the break.

Coming out of the half, the tight battle continued with Charlie Marshall of Helena battling with Maddox.

Both players posted six points for their respective teams, but free throws started to make a difference at this point as the Panthers made both of theirs in the quarter to post 12 points, while Helena missed one of their two en route to 11 points.

That helped Pelham extend its lead to 36-31 heading to the final quarter.

Again, Satterfield died what he could to try and draw the Huskies back into the game with two 3-pointers, a field goal and a 1-2 mark at the line.

That, along with 3-pointers from Marshall and Owen Davis, helped Helena pull the game back to a one-possession matchup, but the Panthers did what they needed to from the line.

Evan Pate made four of his five from the free throw line in the final quarter, while Roy Gonzalez and Maddox both went 3-4 to help the Huskies sneak out a three-point win.

Led by Maddox with 20, Pelham had nine players score in the win. Satterfield led Helena with 18 points, while Marshall added 11.