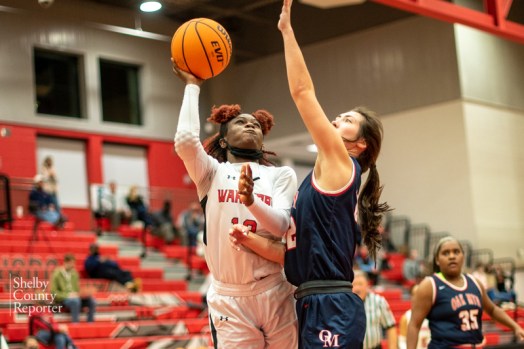 Thompson's Alecia Reasor, above, was key in leading the Warriors to an area win against Oak Mountain on Tuesday, Jan. 19. (Reporter photo/Keith McCoy) 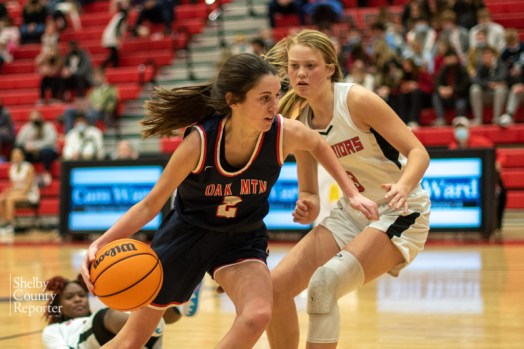 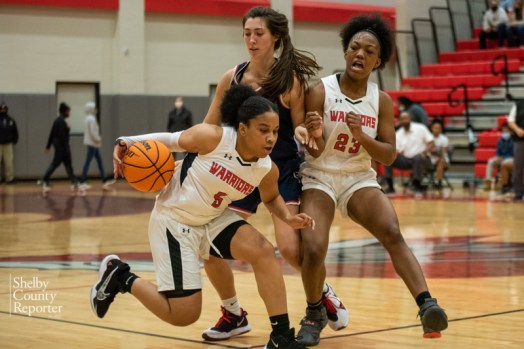 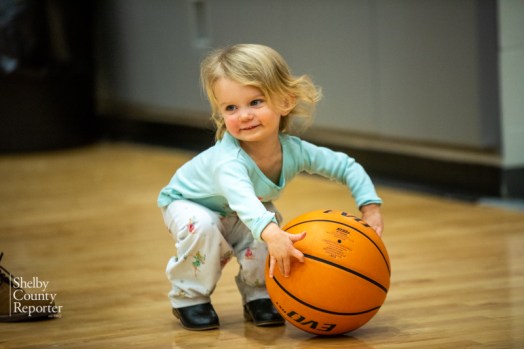 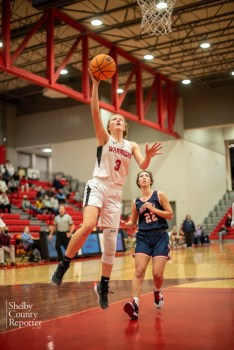 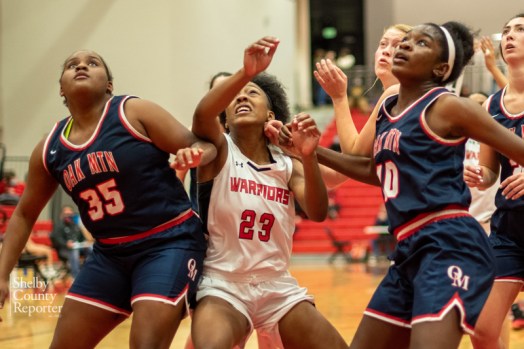 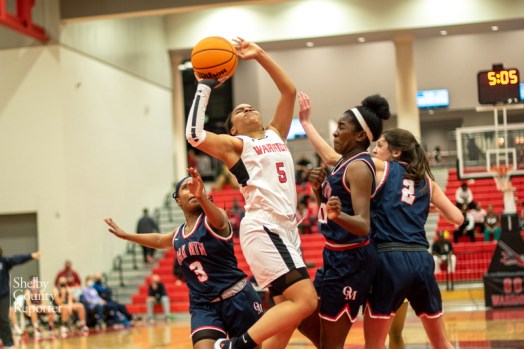 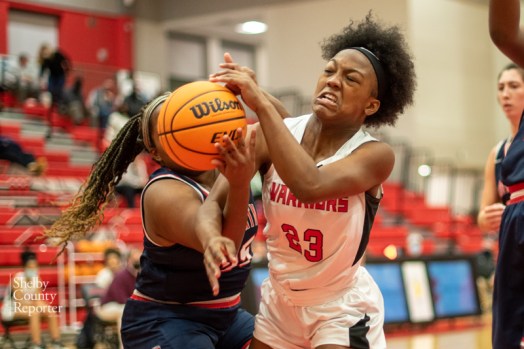 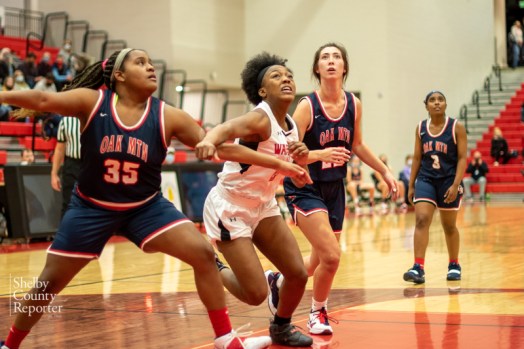 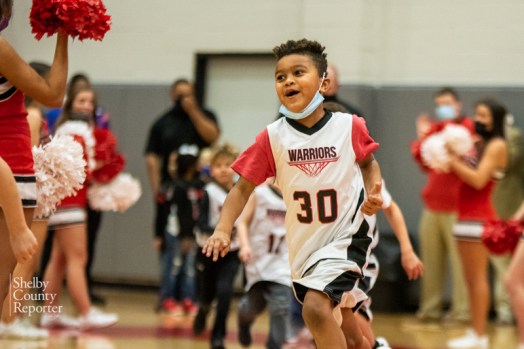 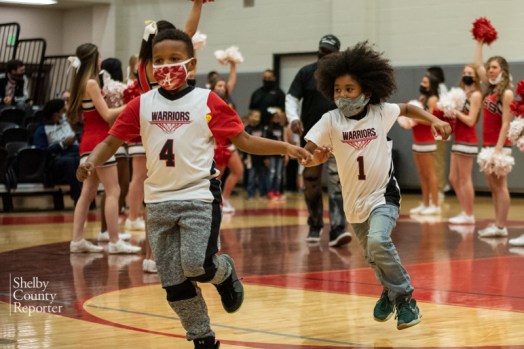 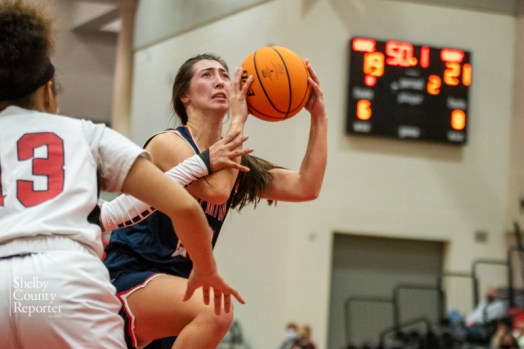 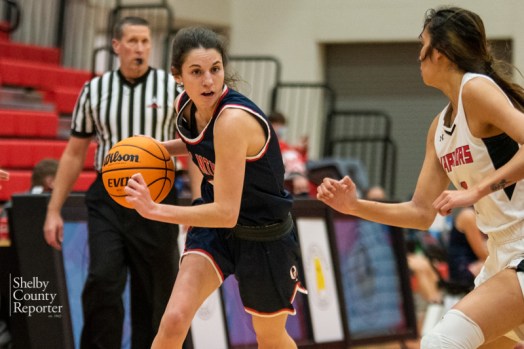 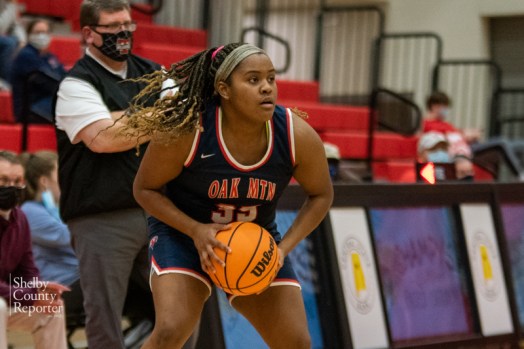 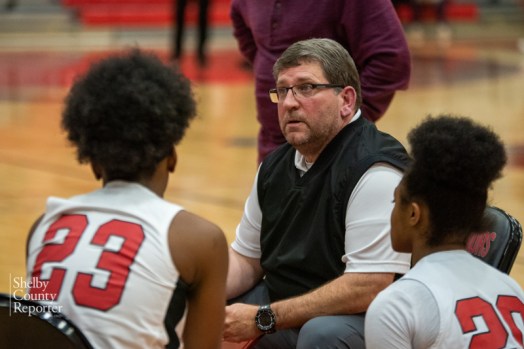 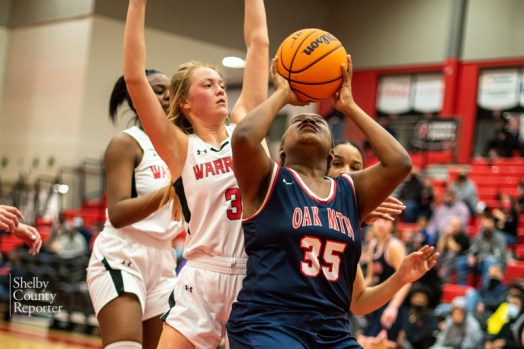 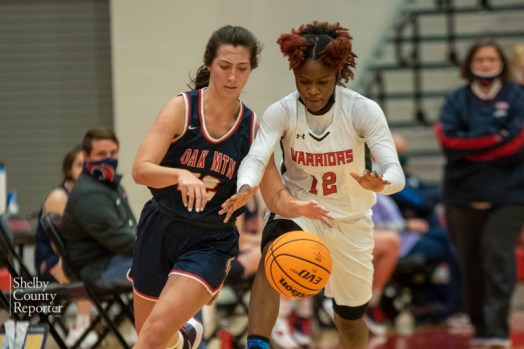 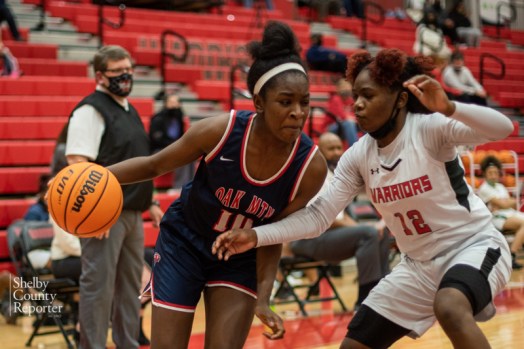 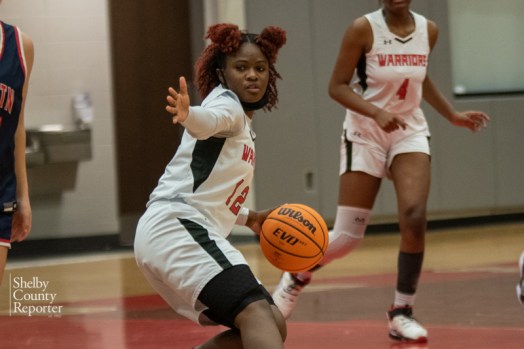 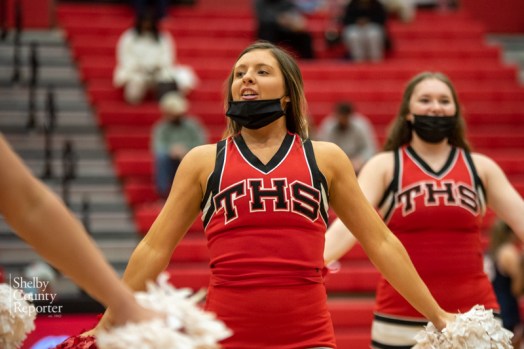 ALABASTER – The Thompson girls basketball team broke a tie for second in Class 7A, Area 5 on Tuesday, Jan. 19, thanks to a second-half comeback against county foe Oak Mountain.

The Warriors trailed by six at the halftime break, but responded with a strong run to start the third quarter and 15 made free throws in the final quarter to pull off a 52-43 victory.

The two county and area rivals got off to an entertaining start in the opening quarter with matching intensity.

Both teams knocked down two 3-pointers in the quarter, but the difference early was free throw shooting. Oak Mountain knocked down three of four in the opening quarter, while Thompson went on to miss both of its opportunities at the line.

Those two misses from the Warriors allowed Oak Mountain to take a 13-11 lead at the end of the opening period.

That seemed to give Oak Mountain some confidence on both ends of the floor, as the defense came out prepared in the second quarter.

The Eagles only allowed two field goals and five total points in the quarter on that end of the floor, which also helped spark another solid performance on the offensive end with 12 more points.

Behind six different scorers in the first half and improved defense in the second quarter, Oak Mountain grabbed a 25-19 lead at the break.

But Thompson head coach Marty Smith helped his team make some halftime adjustments, and the Warriors came out with a different purpose defensively in the second half.

The Warriors got a quick 3-pointer from Alecia Reasor to cut the deficit to three points and eventually started the quarter on a 9-4 run to draw within one at 29-28.

Oak Mountain’s Charity Shaw answered with a bucket to make it 31-28, but the three-point advantage didn’t last long.

Thompson came right back with a steal from Reasor, who went all the way for a layup, before Dasia Huynah knocked down a 3-pointer to put Thompson in front 33-31.

Julia Tucker and Raegan Whitaker knocked down two free throws for the Eagles to even the game at 33-33 going to the final quarter, but Thompson had stolen the momentum.

After the lead changed twice in the first three minutes of the quarter, the Warriors started a stretch where they couldn’t miss from the free throw line.

Earning trips to the line on seemingly every possession, Thompson made 10 in a row from the stripe, six of which came from Cook and four from Alayah King.

That quickly pushed the Warriors in front by nine points as they went on a 10-0 run all from the free throw line.

Oak Mountain battled back within five points on two separate occasions, including as late as 46-41, but Reasor added six more free throws down the stretch to close out the nine-point win.

Thompson was led by 19 points from Reasor, while Cook added 17 in the win. Oak Mountain was led by Shaw with 13 points.