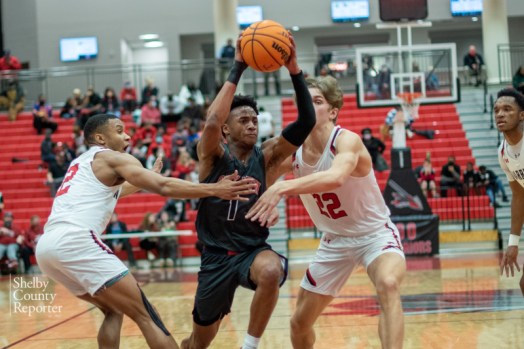 Oak Mountain's Evan Smith splits two defenders on his way to the basket during a 65-56 area win against Thompson. (Reporter photo/Keith McCoy) 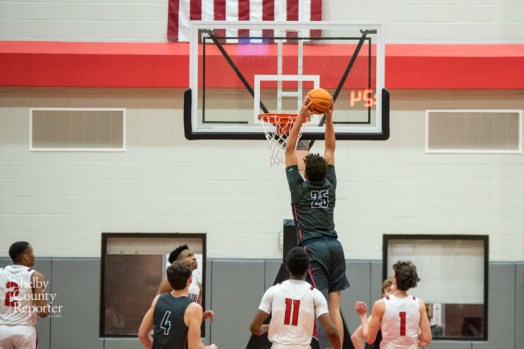 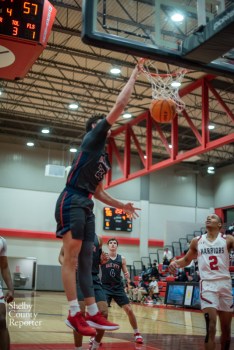 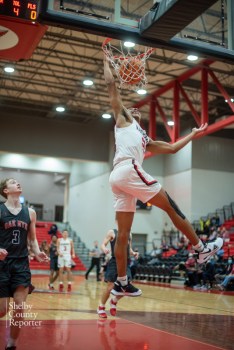 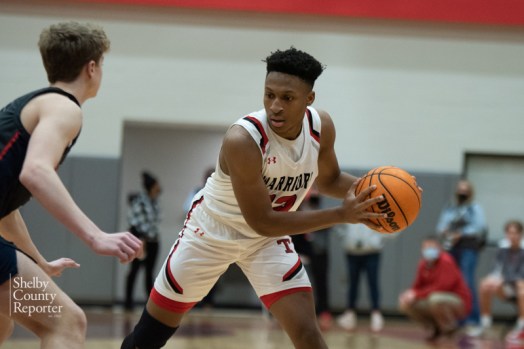 The Thompson boys basketball team picked up a 10-point area win against Tuscaloosa County on Jan. 22 thanks to 16 points from Steven Walker. (File) 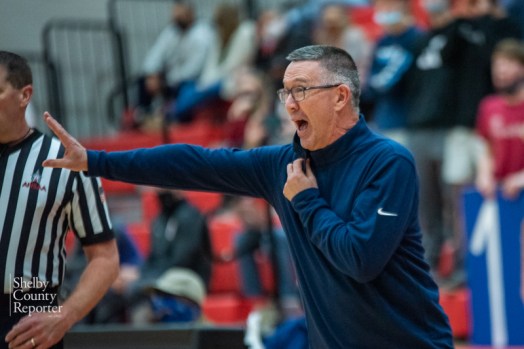 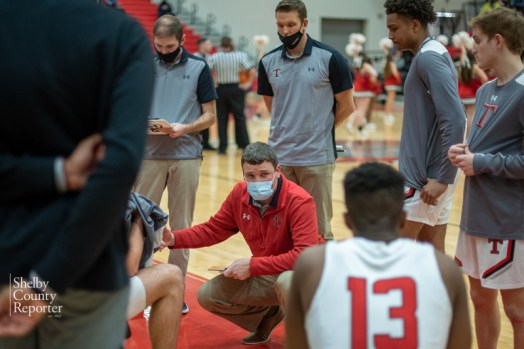 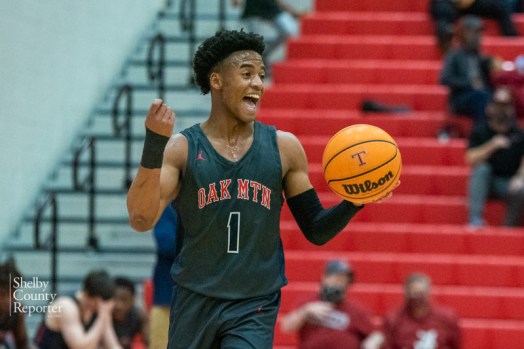 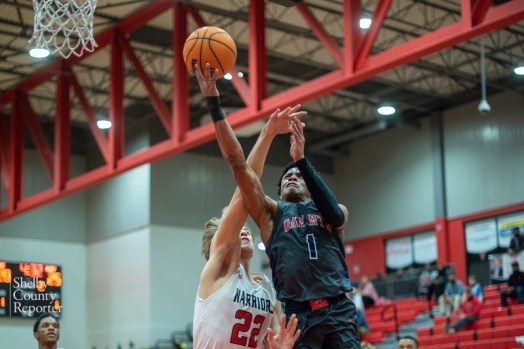 The Oak Mountain Eagles jumped back into the top 10 in the latest basketball rankings, while seven others were ranked in the standings and two nominated. (Reporter photo/Keith McCoy) 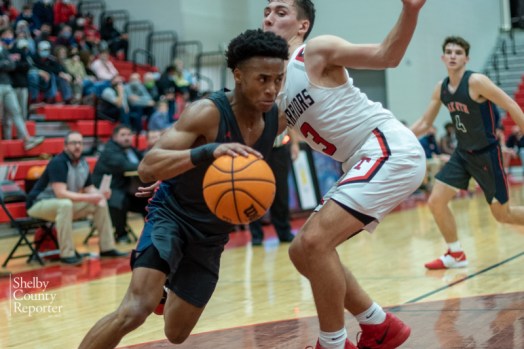 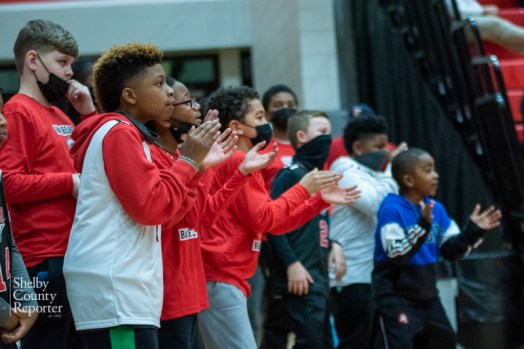 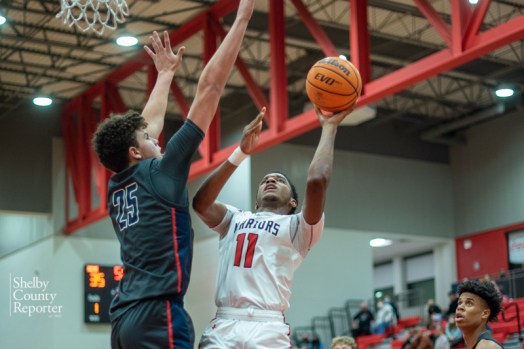 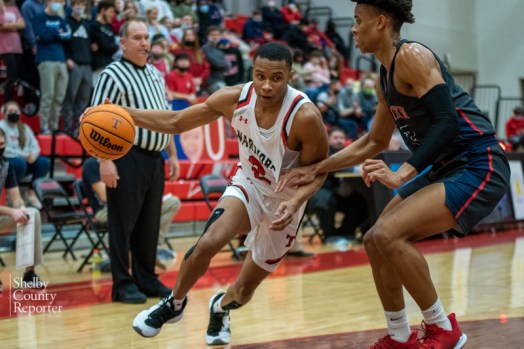 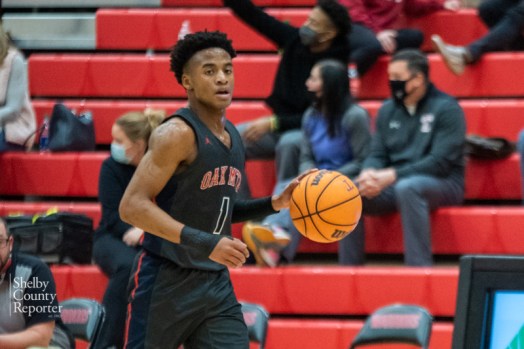 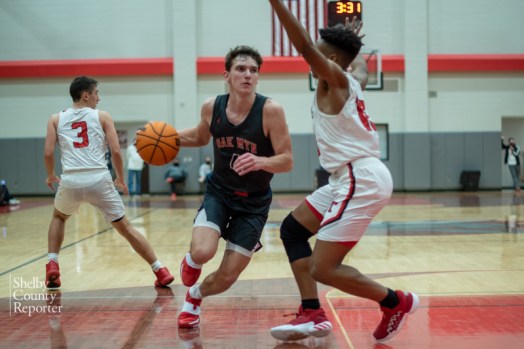 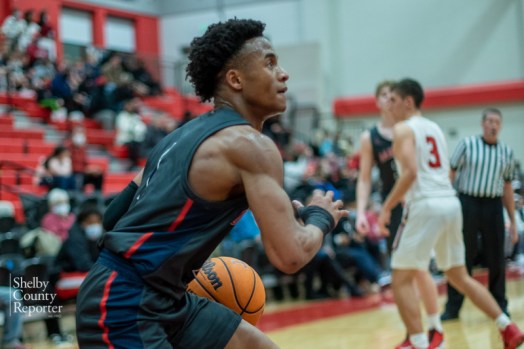 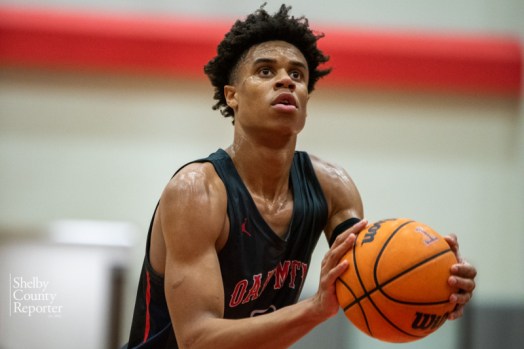 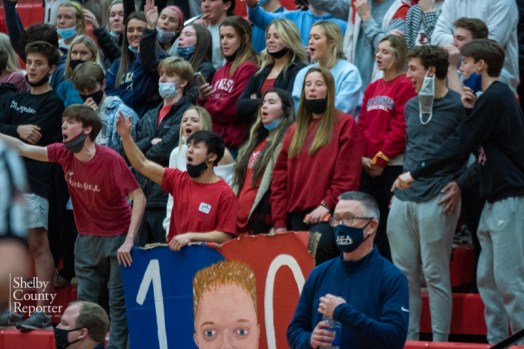 ALABASTER – In a game that featured 12 lead changes, the Oak Mountain Eagles were able to use a second-half surge to claim a crucial area matchup against county rival Thompson on the road on Tuesday, Jan. 19.

In a back-and-forth game, Oak Mountain trailed by as many as seven points in the third quarter, but the Eagles reeled themselves back into the game behind strong shooting from beyond the arc, a strong post presence from Will Shaver and clutch free throw shooting in the final minutes.

It was a crucial win for the Eagles, who entered the game 0-2 in area play with two tight losses to Tuscaloosa County and Hoover. Now, the area is even more up in the air with every team in the area having at least one loss and each still set to play each other one more time this season.

The back-and-forth offensive battle started early in the game with both team trading baskets and the lead changing hands six times in the opening quarter.

It started on a 3-pointer from Brady Dunn, which sparked a 7-4 run out of the gate for the visitors, but Thompson answered quickly behind Steven Walker.

Walker scored 10 points in a short period of time to help the Warriors snatch the lead at 12-11 midway through the period.

From there, Shaver went on to score Oak Mountain’s next nine points to put Oak Mountain up 20-18 late, but Wesley Roberson hit a 3-pointer in the final three seconds to give the Warriors a 21-20 lead at the end of one.

The lead went on to change hands four more times in the second quarter as Oak Mountain eventually took a 25-23 lead on a 3-pointer from Dunn.

Thompson, however, answered right back with a quick 5-0 run thanks to two free throws from Jack Dorolke and a 3-pointer from Brad Lewis.

That put the Warriors in front 28-25 and sparked a strong end to the half, as they closed the second quarter on a 10-3 run to take a five-point lead into the halftime break.

The break didn’t cool off either offense by much either.

Thompson came out and tied its largest lead of the game with a quick dunk from Hopkins to make it 35-28, but the Eagles clawed back into the game.

With the pressure on, Noah Young hit a big basket early in the third quarter to calm the Eagles down.

Oak Mountain trailed by five points all the way up to 42-37, but the Eagles then ended the quarter on an 8-2 run thanks to 3-pointers from Dunn and Wilder Evers late to put them in front 45-44 going to the final quarter.

After feeling the pressure to start the third quarter, Oak Mountain had stormed back to take the lead and had stolen the momentum going to the final quarter.

But with both teams on fire shooting from beyond the arc, anything was possible in the fourth.

The Eagles quickly took a three-pint advantage on a layup from Shaver, but the Warriors still had some magic in them from beyond the arc when Hopkins drained a 3-pointer to quickly tie the game at 47-47.

Dunn answered right back with a 3-pointer of his own, but Thompson responded with a jumper from Hopkins, an offensive put back from Lewis and another jumper from Lewis to take the lead back at 53-52.

But to hold true to the theme of the night, Dunn responded in a big way with a 3-pointer to put Oak Mountain back in front 55-53.

This time, it was for good thanks to strong free throw shooting down the stretch from the Eagles.

After Dorolek made a 3-pointer to cut the deficit to a one-point game again, Thompson shifted to a full-court press and forced a turnover that led to free throw attempts and a chance to tie or take the lead.

But after both free throws fell by the wayside, Oak Mountain closed the night out with a one-handed slam from Shaver and eight of 10 made free throws to pick up the 67-56 win.

Shaver finished the night with 24 points after missing the last couple of weeks due to an injury. Dunn wasn’t too far behind with 15 points, all on 3-pointers, while Young and Smith added 11 and 10, respectively.

Dorolek, Hopkins, Lewis and Walker all finished in double figures for Thompson with Hopkins and Walker leading the way thanks to 13 points.