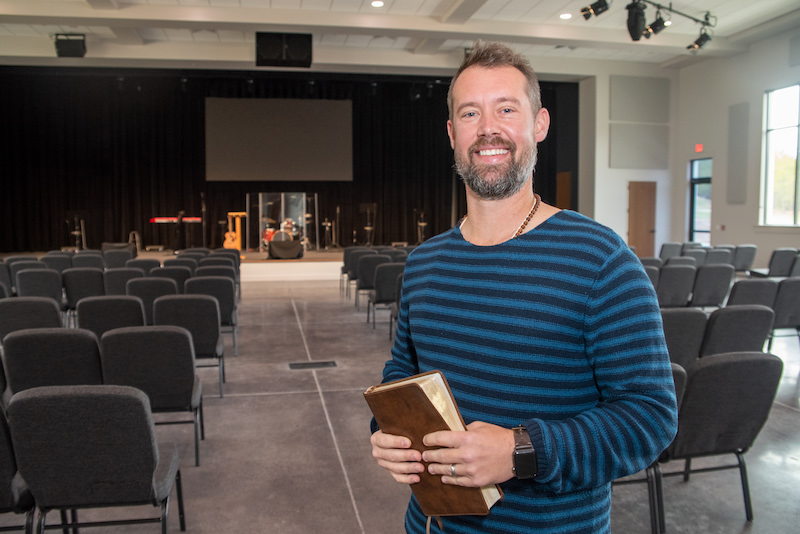 CHELSEA – On a large parcel of land near the entrance of the Chelsea Park neighborhood sits a new church building, its parking lot freshly paved and ready for members and visitors to fill each week.

Since it opened in November, Double Oak Community Church’s permanent Chelsea campus has seen a steady stream of familiar and new faces, a welcome mixture that excites Pastor Michael Abrams and his staff.

“We love Chelsea and have had a ton of fun getting to know people in this area,” Abrams said. “Our goal is to love people in Chelsea with the love we’ve experienced from the Lord. We want to be a church that cares about its community and cares about its people.”

Although the church’s physical roots lie in Chelsea Park, Abrams emphasizes the church’s mission to be a place for all people in the community, not just one neighborhood.

“We’re a church for anybody in Chelsea, not just the folks that are in the subdivision,” he said. “Ultimately, we want to be in the community, period. It’s exciting.” 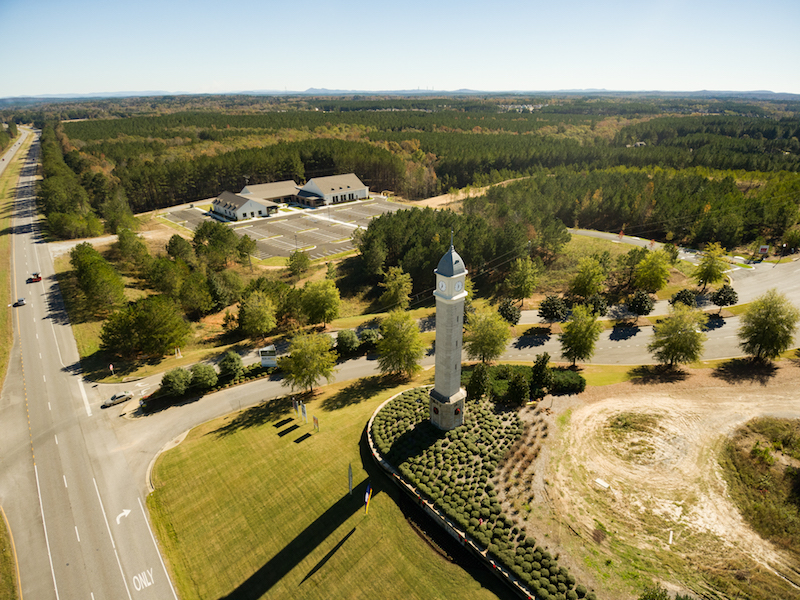 The Double Oak Community Church Chelsea campus is situated near the entrance of the Chelsea Park neighborhood. (Contributed/Kyle Carpenter Photography)

To understand the significance of the new church building, however, one must go back to the beginning of the story—years before Double Oak Community Church’s Chelsea campus was even an idea.

Abrams joined the staff as the Connections Pastor in September 2014, helping newcomers and existing members become more connected with each other and the church.

About 120-150 members volunteered to start meeting at a second campus in Chelsea – a temporary campus at Chelsea Park Elementary School – in August 2018.

Abrams was named Chelsea’s interim pastor in December 2019, and the following July, he was voted in as its permanent pastor.

He said the two campuses mirror each other in their ministries.

“We’re one church on two campuses,” Abrams said. “The context might be different from Mt Laurel demographically and geographically, but at the same time, we’re still of one heart the way we seek to minister to people and share the gospel.” 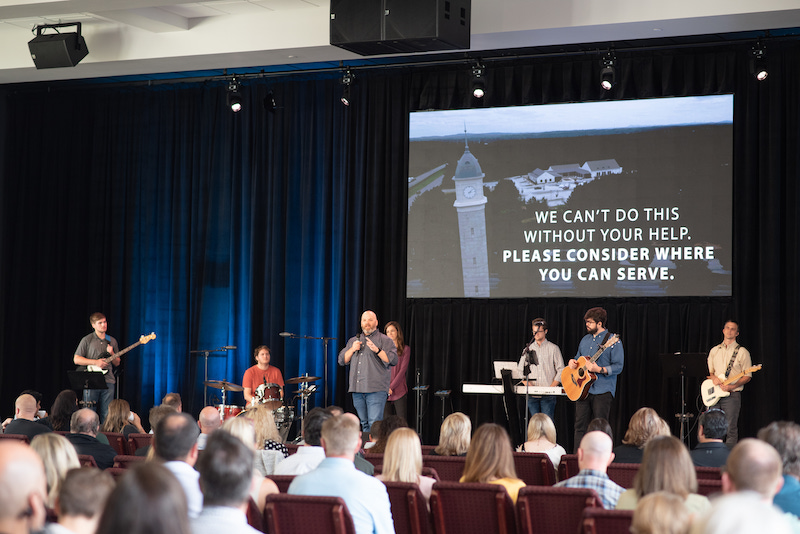 Upgrading to a permanent building meant Abrams and his staff no longer have to set up and tear down equipment for weekly church services at the school anymore. Plus, they have ample space not only for worship services, but also for adult, student and children’s classes and events.

“We hope our space will be used by folks in the community that need it as well,” he said. “Our hope is that with this facility, we can be a blessing to our community.”

Abrams views the church’s stint at the school as a beneficial partnership and a necessary stepping stone in the life of the congregation.

The church broke ground in November 2019, and concrete started to be poured in January 2020. Despite the onset of the COVID-19 pandemic, construction remained on track.

The building comprises a worship room; a community room; classrooms for adults, students, children, preschoolers and babies; and a small sitting area near the front of the church called “The Cove,” which Abrams said is designed to be a space for people to have meaningful conversations.

“We’re incredibly thankful because it’s a wonderful facility,” Abrams said. “We hope it will cultivate opportunities for people to experience what Jesus Christ has done for us through his life and resurrection.”

Abrams and his wife, Mia, live in Chelsea with their two daughters, Milly and Clover, and their two foster children.

Opening a new church building during a pandemic might seem strange, but Abrams said the timing worked out well.

“I think it was an incredibly appropriate time to start a church,” he said. “In a season where people were dealing with isolation, I think God has used it as a powerful way for people to connect with each other. God is good, and he loves us and he’s faithful to us in the midst of a world pained by disease and heartache and isolation and hardship.”

Abrams credited Senior Pastor Adam Robinson and other church leaders for having a vision to form the Chelsea campus as another outlet through which more people could be reached.

“This is not a really stuffy place,” Abrams said. “It’s just full of people here to share the good news of Jesus Christ’s life, death and resurrection. I think we love people well, and that means we share a life with each other.”