Pelham girls down Calera, improve to 3-0 in area play 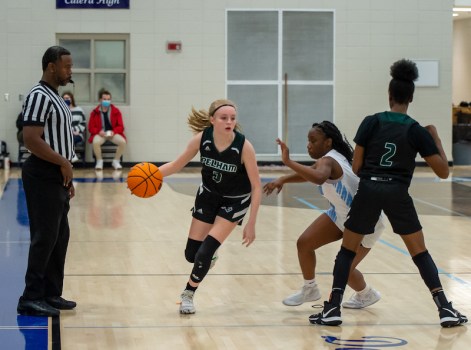 Pelham’s Laci Gogan, above, scored 20 points to help the Panthers improve to 3-0 in area play with a 61-40 win against Calera on Jan. 19. (For the Reporter/Larry Dancy) 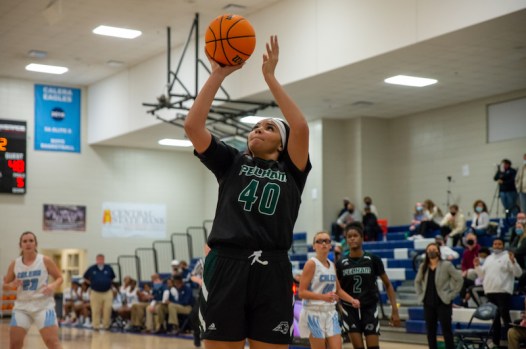 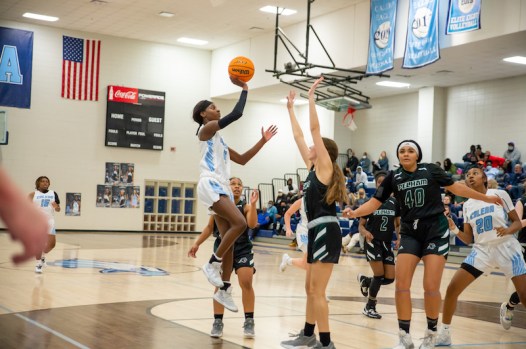 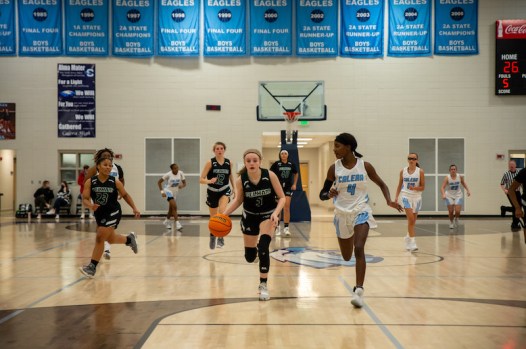 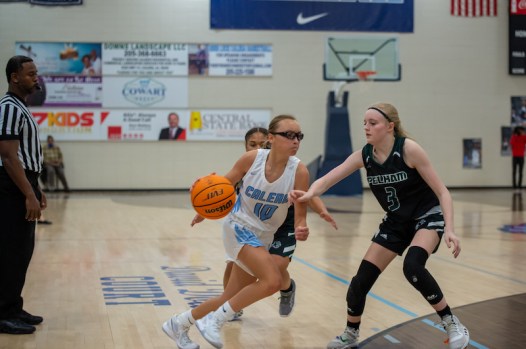 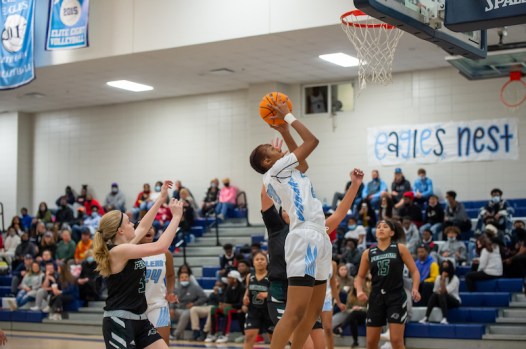 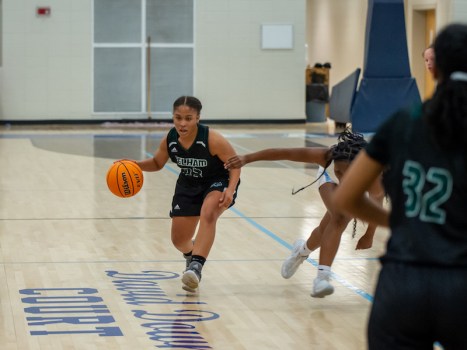 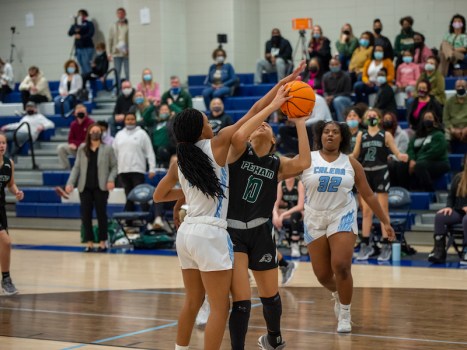 CALERA – Laci Gogan continued her impressive stretch of area play for the Pelham Panthers on Tuesday, Jan. 19, when she scored 20 points to help her team take down Calera 61-40.

With the win, Pelham improved to 3-0 in area play and has beaten each area opponent by at least 19 points.

The Panthers gave up 10 or less in the first three quarters against Calera, which allowed them to build an insurmountable lead after a strong start on the offensive end of the floor as well.

Pelham’s best quarter offensively came out of the gate in the first eight minutes of the game thanks to an impressive start from Gogan. She totaled 11 points in the first quarter to help the Panthers total 20 as a team in the period.

A lot of that production was made possible because of the effort on defense. The Panthers allowed 10 points on four made shots in the opening quarter and was able to get out in transition or get extra possessions offensively because of that effort.

Up by 10 points at the end of the first quarter, that effort didn’t squander in the second quarter.

Pelham actually came out and put together its best defensive period of the game in the frame by allowing six points on two made shots.

That helped the Panthers outscore their opponent by 10 points for the second quarter in a row, as the offense posted 16 more points behind five scorers, including four each from Myriah Tate and Katlyn Hollingsworth.

Coming out of the half with a 36-16 advantage, the Panthers struggled to find that same offensive rhythm, but they flipped the effort to the other side of the ball with their second best defensive quarter of the game.

Continuing an impressive stretch on that end of the floor, Pelham gave up seven more points, which allowed the visitors to extend the lead by one point after scoring eight on the other end of the floor.

Calera came out in the final quarter and posted its best offensive period of the game behind 17 points, but Pelham never did let up and the Panthers bounced back with a 17-point offensive quarter of their own to complete the 21-point victory.

In addition to 20 from Gogan in the win, Tate added 10 in a team effort that saw eight different players score.

Calera was led by 18 points from Zoe Lenoir.