Beignets and Lattes takes their coffee and sweets on the road 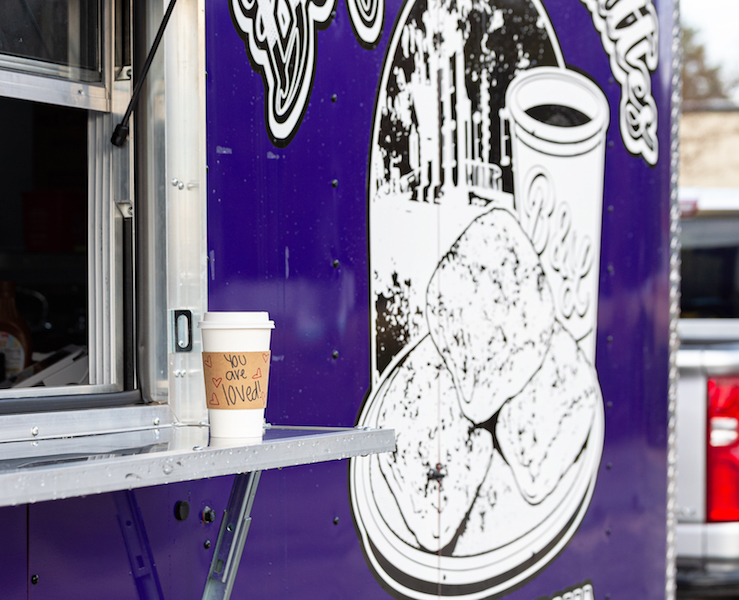 Helena’s Beignets and Lattes is now operating a food truck to help bring their sweets and coffee to others around Shelby County beyond Helena. (For the Reporter/Jeremy Raines)

HELENA — After opening back in 2019, the popular Helena-based coffee shop Beignets and Lattes is taking its show on the road and bringing their New Orlean’s style pastries and selection of coffees to local neighborhoods and popular areas throughout the county with their food truck.

Nathan O’Connor said that they knew that they wanted to do something bigger with their shop, without having to open a second location at first, and a food truck was the best idea considering the current norm during COVID-19.

“We were brainstorming on ways to easily expand our operation without having to open another store,” O’Connor said. “It’s a big commitment, and after some time we talked about the idea of getting a mobile unit.”

During the ongoing pandemic, food trucks have become increasingly popular because they offer an easy way to get local favorites without having to risk exposure in an enclosed, sit-down setting, which is something that O’Connor and his family definitely considered going into this venture.

“With the pandemic, we thought we needed something that would allow us as a business to get through it easier,” he said. “We ended up finding the perfect truck and got up and running so fast.”

In the couple months that the food truck has been operating, O’Connor said that the truck has presented new challenges that the brick and mortar location does not necessarily entail.

“It is a lot different this way. The days are more fast paced and it can really get crazy sometimes,” he explained. “But it is very rewarding, and is a lot more fun than just working in the shop.”

Since it has been up and running, the truck has visited several neighborhoods, done private events and found a semi-regular location to set up five days a week, in Alabaster off of Alabama 119. Although, they are looking for a more permanent location.

Being more mobile has allowed O’Connor to expand his customer base significantly. He explained that since he has been visiting different places, most of the customers he meets are new people who might not have otherwise been able to check out their menu.

“The reception so far has been pretty good,” he said. “Everyone is enjoying it and it is allowing us to spread the word.”

In the future, O’Connor hopes that he can expand the company even more, whether it’s adding more trucks or another brick and mortar location.

More information about the Beignets and Lattes schedule can be found on their Facebook page.