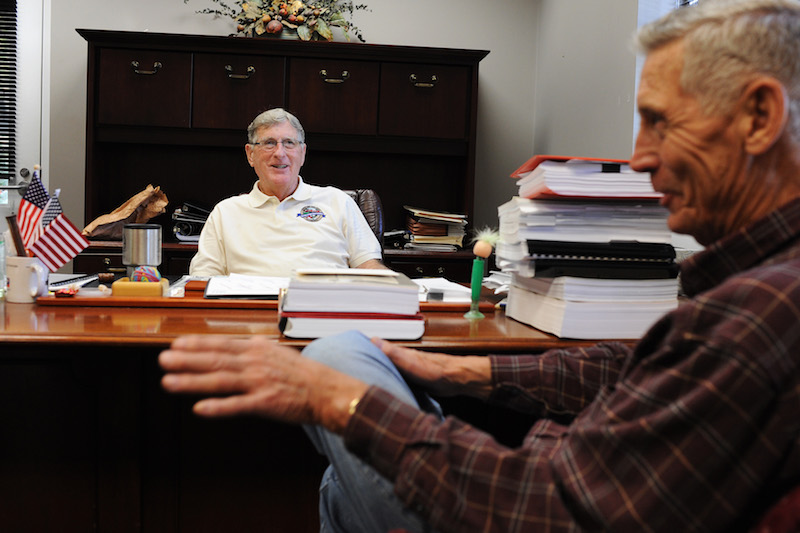 Helena Mayor Brian Puckett officially declared March 8 as Sonny Penhale Day, honoring the late mayor on what would have been his 90th birthday. (File)

At 44 years in office, Penhale was instrumental in bringing a significant amount of change and prosperity to the city with kindness, passion and determination.

“He bled Helena. He loved this town. This town was his heart,” current Helena Mayor Brian Puckett said. “His passion for Helena would be the most passion someone could possibly ever have.”

Serving in office from 1968 until 2012, Penhale had the opportunity to see Helena go through many changes and work to build a community of opportunity for the city’s citizens, helping spearhead some of the city’s most important changes.

“Sonny built this town to what it is. In his time, which was a long time at 44 years, he took the town of Helena and made it the city of Helena,” Puckett said. “He was instrumental in bringing the high school and middle school here. The amount of change that came to Helena to make it what it is today was from the hands of Sonny Penhale.”

As mayor, Puckett lists Penhale as one if his greatest inspirations in leading the city.

“I try to model a lot of what I do out of what he did in the past. Especially in the late 80s and early 90s when he was instrumental in developing change for the city,” Puckett said.

City Councilmember Hewy Woodman remembered Penhale as a great arbiter of positive change for the community.

“Sonny took Helena from a small town of dirt roads to a modern city,” Woodman said. “His contribution to Helena is incalculable because he was responsible for almost everything you see around you. He was a great and loving man.”

During his time, Penhale played a role in several big projects to help the city transition into one of the fastest-growing and safest cities in the state.

In his honor, one of the city’s sports parks is also named Sonny Penhale Park which is located on Penhale Park Road.

In his 44 years serving the city, Penhale helped Helena become a destination to raise a family, while also keeping the charm of one of the most serene cities in the state.