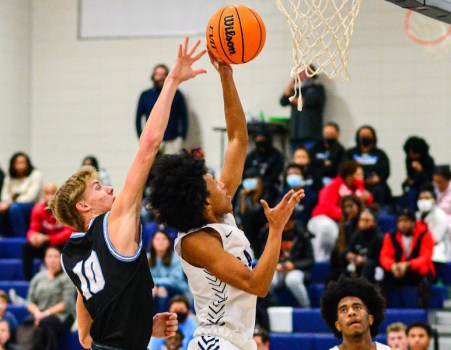 Calera improved to 4-0 in area play on Friday night, Jan. 22, thanks to a balanced attack against county foe Helena. (For the Reporter/Jeremy Raines) 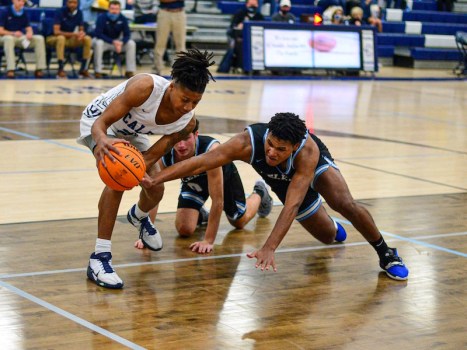 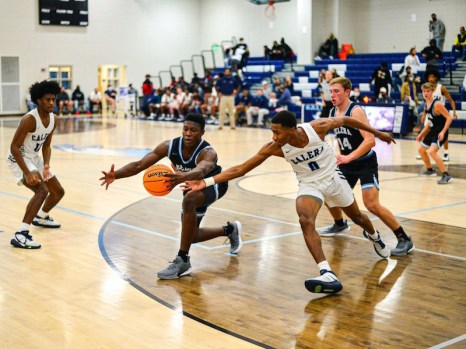 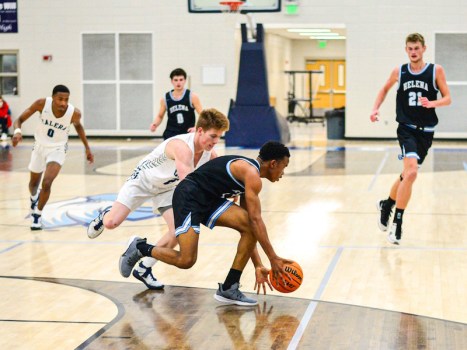 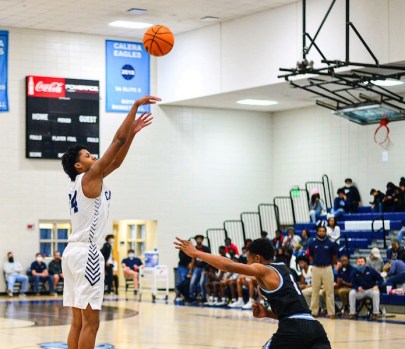 CALERA – The No. 7 Calera Eagles continued an impressive stretch of play on Friday, Jan. 22, with a fourth consecutive win in area play behind a 60-38 outing against county foe Helena.

With the win, the Eagles improved to 4-0 in area play, got within a win of hosting the area tournament and continued to show why they’ll be dangerous to opponents come the postseason.

The Eagles, who aren’t afraid to win as a team by sharing the ball, have consistently had at least nine players scoring in every game, which continued in the dominant showing against the Huskies.

Duke Chambers and Jordan Eggleston led the team in scoring, but only needed 11 and 10, respectively, as seven others added points in the game as well, including four with five or more and three with eight or more. 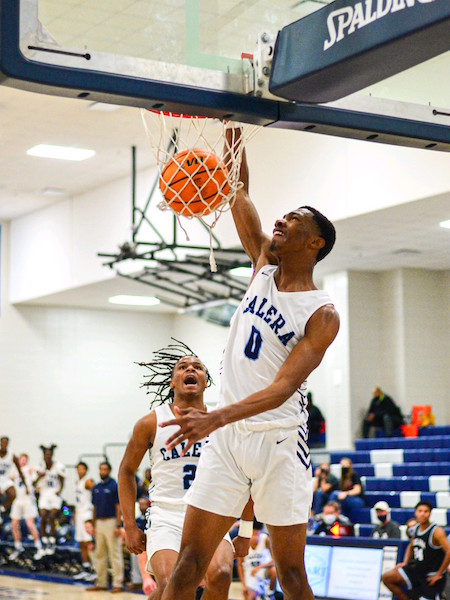 And if that presence on the offensive end wasn’t enough, the defense also had one of its best games of the season by giving up nine or less through the first three quarters to build a commanding lead.

In the opening quarter, the Eagles gave up nine on the dot, while the offense kicked off the night with 13 points thanks to five from Xzayvion Childress and four from Keshawn Haynes.

With an early eight-point lead, Calera came out determined to make the hole even deeper for the Huskies in the second quarter.

The Eagles had six players score in the period with Jordan Eggleston posting five and both Duke Chambers and Isaiah Green adding four.

That led to 19 points on the offensive end of the floor, while the defense became even more difficult for Helena to deal with. The Huskies could only find the space to make three field goals for six points, which allowed Calera to take a commanding 32-15 lead at the break.

The short rest didn’t do anything to deter Calera’s defensive effort. The Eagles came out in the third quarter and continued to do what was working, as they played their best quarter of the game on that end by allowing five points.

Calera’s offense matched the output of the first quarter with 13 more points, which was more than enough to extend the lead to 25 points going to the final quarter.

Helena got a strong finish from Josh Williams, who scored all 11 of his points in the fourth quarter behind a 3-pointer and a perfect 8-8 mark from the free throw line to help the Huskies post 18 points.

But Calera finished off the night with 15 more points offensively with six more players scoring in the final quarter to complete a balanced effort and a 22-point win.

Behind Chambers and Eggleston, Haynes added nine points, while Green and Childress each posted eight.