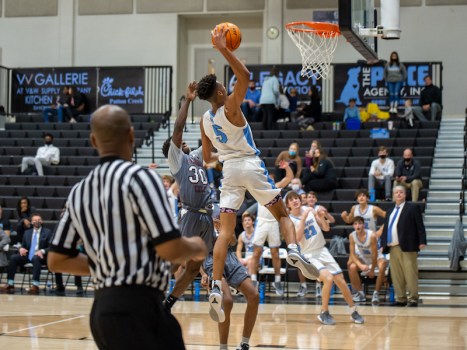 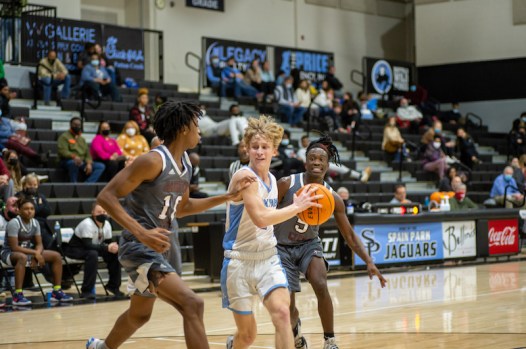 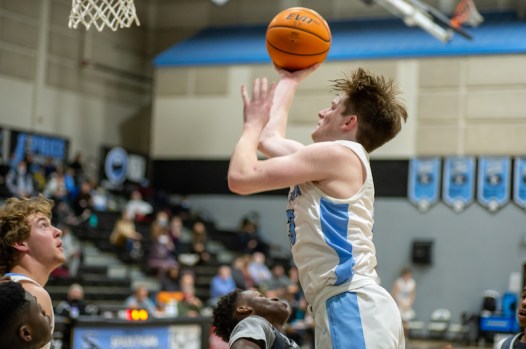 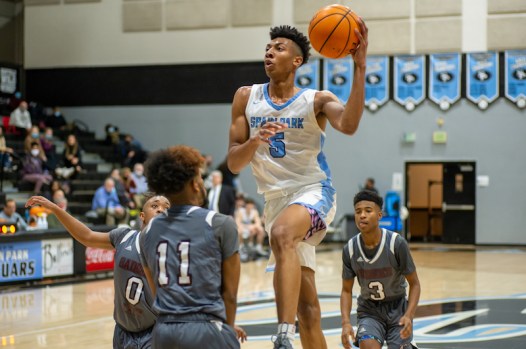 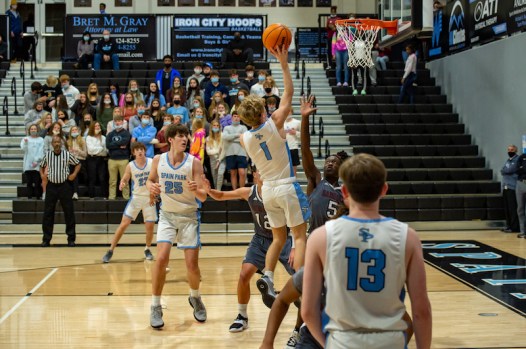 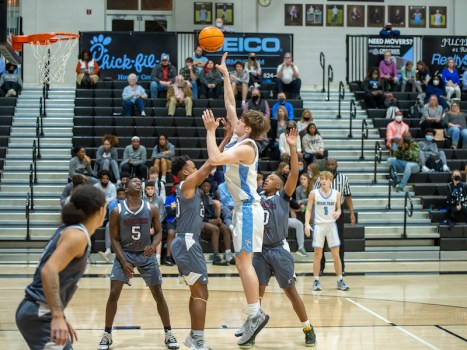 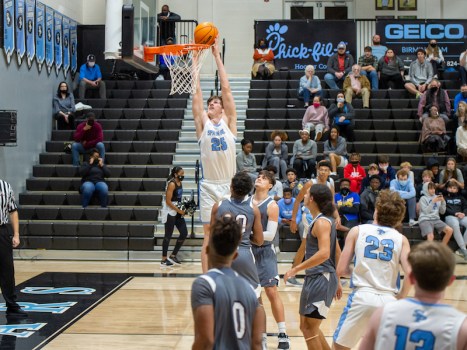 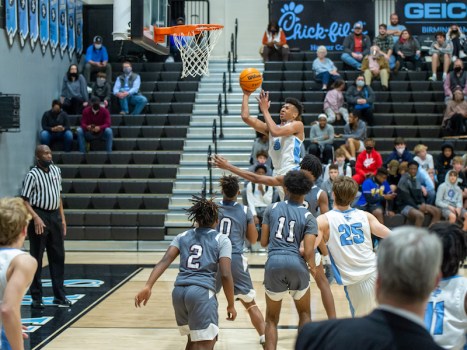 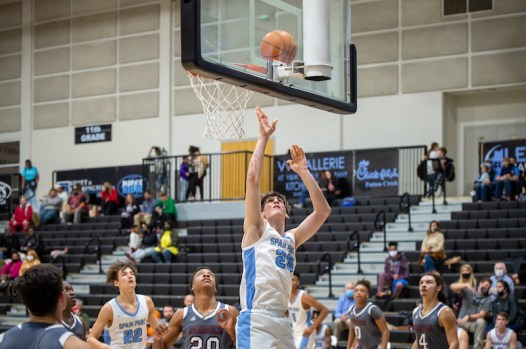 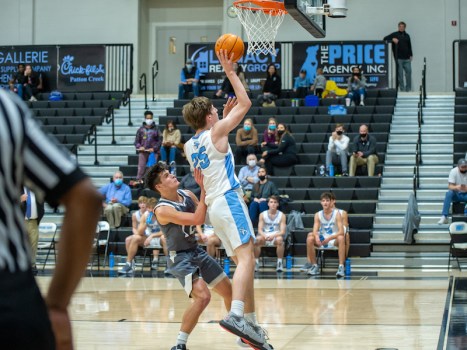 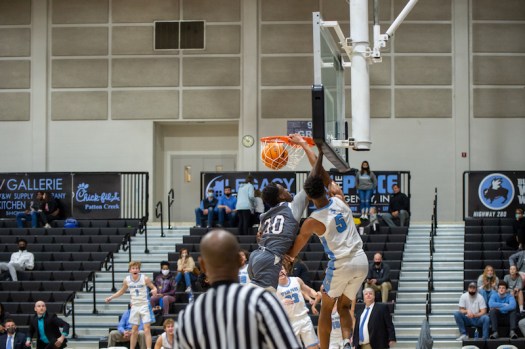 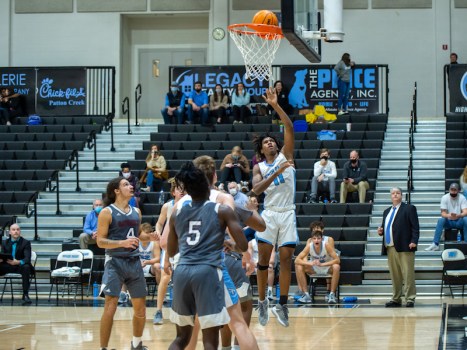 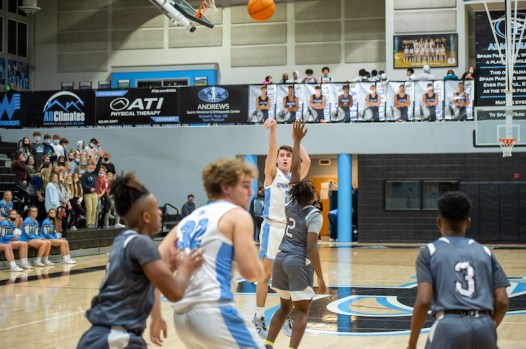 HOOVER – Cam Crawford’s development as a basketball player at Spain Park has been no more evident than what he has done on the basketball court this season as a senior, and on Friday, Jan. 22, he reached a special milestone.

In an 87-62 area win against Gadsden City, he helped the Jaguars bounce back from two consecutive losses and not only had a career night with 38 points in the process but joined the 1,000-point club.

At Spain Park, the star athlete has seen many ups and downs. The team had its share of struggles in his first year, he then had to buy into a new coach while also dealing with the emotions and pressure of being one of the team’s best players

But this season, you’ve been able to see a different look in his eye. A look of determination to not only be the best player he can be individually, but also the best teammate he can be.

His 38-point night was special and surpassing 1,000 points even more special, but his demeanor on nights where he scores less than 10 points and can’t find a rhythm has also been a key difference in the Jaguars earning a 20-4 overall record 3-1 area record to this point in the season.

The smiles, the hustles, the ability to find his teammates and his leadership have all been instrumental in he and the Jags becoming a top-five team this year.

And that was no more evident in the bounce-back win against Gadsden City.

Coming off a one-point loss against Vestavia Hills in a game the Jags let slip and then a 62-45 loss to Lee Huntsville in a game they led at the half, Crawford and the Jags came out ready to make a statement that they’re still one of the best in the state.

Crawford and teammate Josh Harrington made sure that happened with a fast start in the opening quarter.

Harrington posted seven of his 12 points in the quarter, while Crawford got off to a flawless start with 12 points on four made shots and a 3-4 mark from the free throw line.

That was good enough for 19 points and an early 19-15 lead in a game that already didn’t feel that close.

The Jags gave up 21 in the second quarter, and while they had hoped for a better effort defensively, it didn’t end up costing them thanks in large part to impressive shooting from beyond the arc.

Crawford had his worst quarter of the game and still posted five points, while Blake Floyd and Braden DiClemente caught fire from deep.

That gave Spain park eight 3-pointers in the first half and a 46-36 lead at the break.

The second half was all about Crawford, Colin Turner and the improvements made defensively.

Turner had six points in both the third and fourth quarters for all 12 of his points in the game, while Crawford finished off a strong night.

He scored eight in the third quarter and followed that up with an impressive 13-point fourth quarter to close the historic night, including an emphatic poster dunk to cement his spot in the 1,000-point club.

In addition to the strong offensive showing, Spain Park’s defense gave up 13 points in both the third and fourth quarter, which was more than enough to close out the win thanks to the 87 points scored by the offense.

Behind Crawford’s 38 points, Harrington and Turner both added 12 points, while Floyd was just behind with his 11 points.