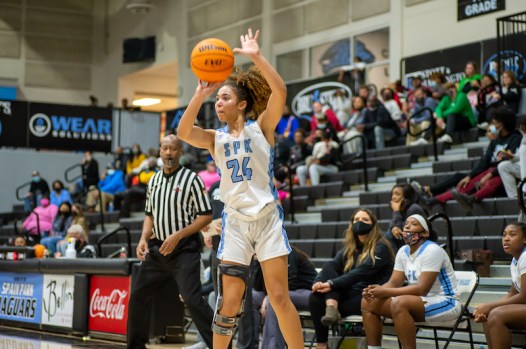 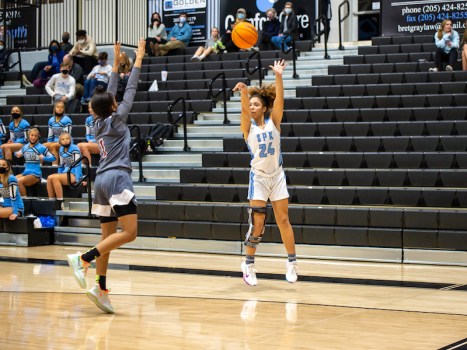 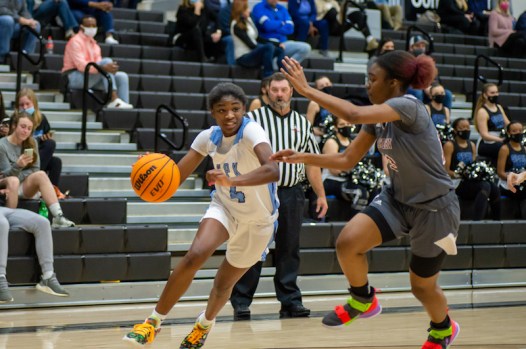 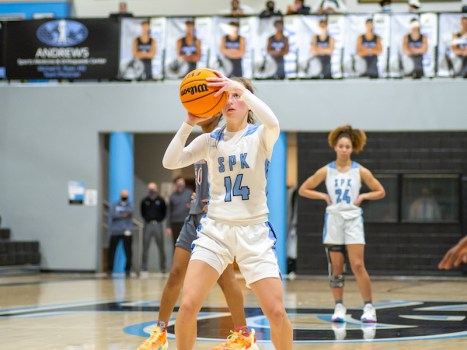 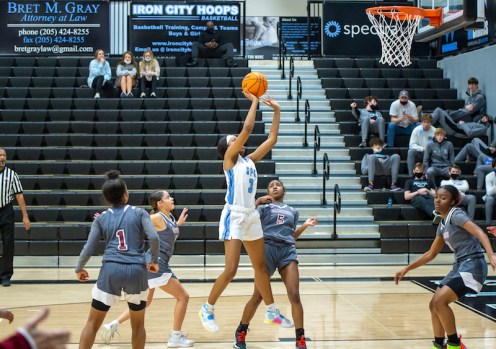 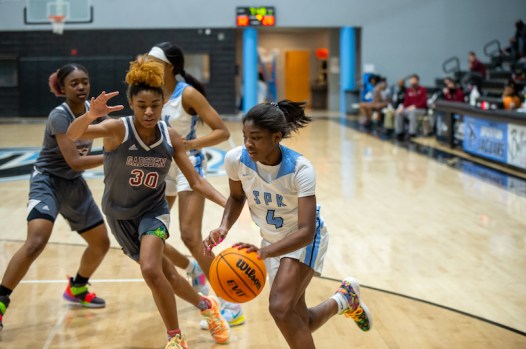 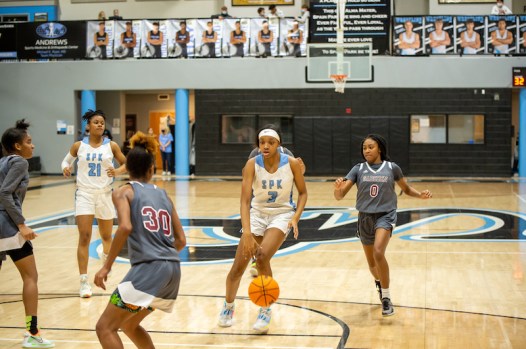 HOOVER –  Down to an important stretch of the season, the Spain Park girls basketball team bounced back from two consecutive area losses to Hewitt-Trussville and Vestavia Hills by beating area foe Gadsden City 44-36 on Friday, Dec. 22.

Sandwiched around the area games was a win against Madison Academy as well, giving the Jaguars a two-game win streak ahead of the final week of area play.

The win was in large part due to the effort on the defensive end as well as a strong shooting performance from Camille Chase. As a team, Spain Park made seven 3-pointers, while Chase hit five of those seven and totaled 15 points.

Defensively, the Jaguars matched a solid effort on the offensive end of the floor with an even more impressive showing on the defensive end.

They gave up 10 or less in every quarter of the game to keep Gadsden City from gaining any confidence.

Early on, however, that defensive effort wasn’t enough to prevent a deficit due to some struggles offensively.

Spain Park only totaled five points in the opening quarter, and despite the Titans not finding much success shooting the ball either, they were able to grab a three-point advantage after scoring eight points.

The Jags only made one field goal in the quarter and missed five of their eight free throws.

But in the second quarter, that changed drastically.

Putting an emphasis on getting shots up, the Jaguars came out and hit five of their seven 3-pointers in the second quarter, including three from Chase and one each from Katie Flannery and Payton Gillespie.

That helped the Jags total 19 points in the second quarter, while the defense held the Titans to 10 points, allowing Spain Park to take a 24-18 lead at the break.

With the way the defense was playing, that looked to be enough of a cushion, but Gadsden City made it interesting in the third quarter.

Again, the Titans didn’t light up the scoreboard with 10 points, but they were able to cut into the six-point deficit by two points after finding a way to limit Spain Park to eight points.

That made the score 32-28 going to the final quarter, which is when free throw shooting played a role.