Thompson bounces back with area win against Wildcats 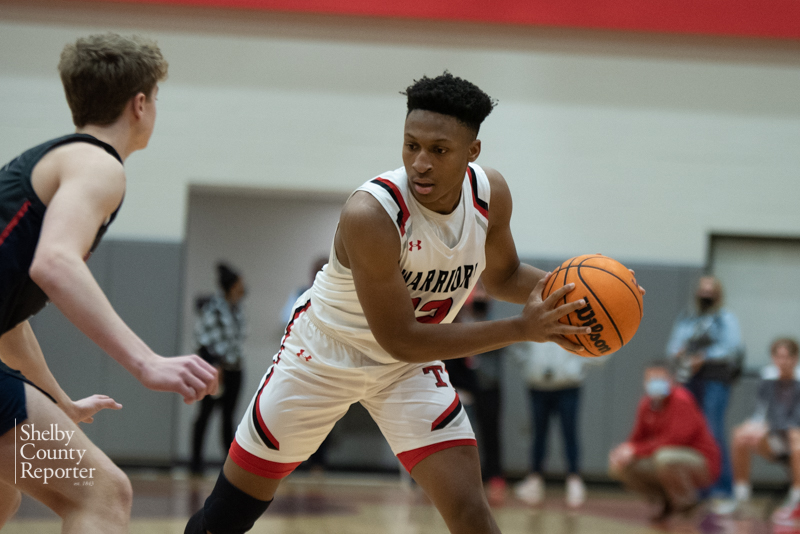 The Thompson boys basketball team picked up a 10-point area win against Tuscaloosa County on Jan. 22 thanks to 16 points from Steven Walker. (File)

ALABASTER – Following a loss to the Oak Mountain Eagles on Tuesday, the Thompson Warriors knew they needed to bounce back with a win on Friday, Jan. 22, with their area being one of the most competitive in the state.

With all four teams in a battle to host the area tournament, any loss could make the difference, making every game important, and it showed for the Warriors in a 52-42 bounce back victory against Tuscaloosa County.

In what has been the norm for the Warriors this season, they caught fire from beyond the arc and used that to fuel another impressive shooting performance to grab a victory.

With the win, Thompson improved to 2-2 in area play, which became important at the end of the night as every team in the area also moved to 2-2, creating a four-way tie for first.

The Warriors shot 44 percent from the field in the win, but the key came from their consistency shooting the deep ball. They shot 64 percent from 3-point range and were led by Steven Walker.

The senior finished 3-3 from beyond the arc and totaled 16 points to help set the tone for the rest of the team.

Early in the game, the Warriors created some separation with a quick 11-3 run out of the gate, highlighted by 3-pointers from Wesley Roberson and J.B. Mitchell.

But the Wildcats clawed back into the game with a 7-0 run to draw within one point.

The rest of the first half was a tight battle, eventually leading to a 19-19 tie.

That helped spark a 14-4 run that lasted into the second half for Thompson, eventually giving the Warriors a 10-point advantage at 33-23.

Thanks to continued hot shooting from deep, Thompson maintained that advantage for the remainder of the game.

Tuscaloosa County knocked down a deep ball to cut the deficit to seven points at 33-26 at one point, but Jack Dorolek responded with an NBA-range 3-pointer of his own to put the Warriors back in front by 10 points.

That marked a stretch of three combined deep balls in a row from the two teams with Roberson and Dorolek both knocking one down.

From that point, it became too difficult for the Wildcats to overcome the deficit.

Thompson’s defense also helped make a difference with six steals in the game, while the Warriors outrebounded Tuscaloosa County 22-18 in the win.

The Wildcats also never found a rhythm from beyond the arc, only shooting 24 percent from deep compared to 64 percent from the Warriors.

Thompson also shared the ball, leading to open shots, as the Warriors totaled 13 assists compared to nine from the Wildcats.