Thompson storms back for area win on senior night 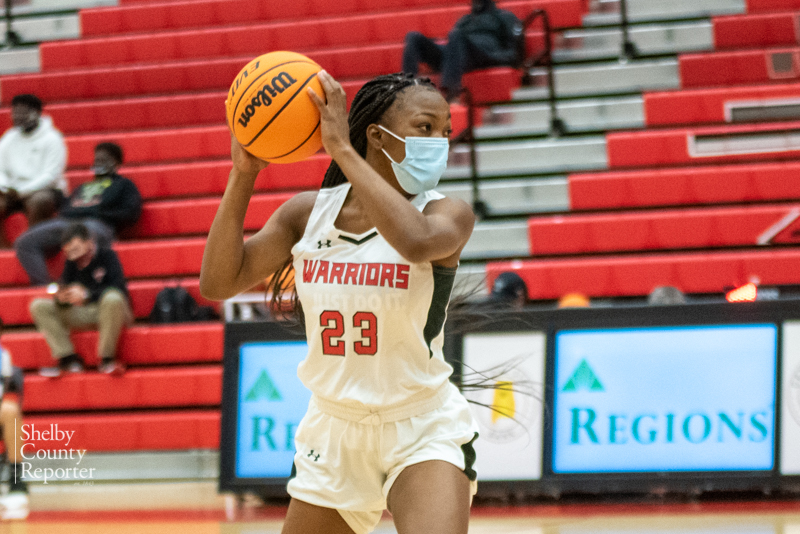 The Thompson girls basketball team stormed back in the final quarter to take down Tuscaloosa County 53-52 for an area win on Jan. 22. (File)

ALABASTER – Clutch situations have seemingly been built into the schedule for the Thompson girls basketball team this year with each seeming like a normal night on the court.

That was no different on Friday, Jan. 22, when the Warriors overcame a 46-38 deficit going into the final quarter to pull off a 53-52 area win against Tuscaloosa County.

After the first game between the two on Jan. 12 was decided in overtime with Thompson claiming a two-point victory, this matchup had the making of being another entertaining contest.

In almost eerily similar fashion, the Warriors were forced to fight back from behind for the majority of the game.

The first time around, Thompson entered the fourth quarter down by five points, but the defense flipped a switch by giving up six points, while the offense found a way to post its best quarter of the game with 11 points to force overtime.

The Warriors went on to outscore the wildcats 5-3 in the extra period to claim the win.

This time around, overtime wasn’t needed, but the deficit was larger.

Right out of the gate, Tuscaloosa County looked like a team determined to get redemption with a flawless start on the offensive end of the floor.

The Wildcats posted 19 points in the opening quarter and jumped out by eight points, which created a quick hole for the Warriors to climb out of.

That hole got even deeper at the half after Tuscaloosa County came back with a 14-point second quarter.

Luckily for the Warriors, the offense had a consistent night the rest of the way, and despite scoring less than the Wildcats, they only scored one point less at 13.

That helped the game stay within 10 points, as Tuscaloosa County grabbed a 33-24 lead at the half.

But, after the way the first game went, the Warriors knew they weren’t out of it, and second-year head coach Marty Smith got them to make the proper halftime adjustments to start the fight back in the third quarter.

They came out and put together their two best quarters of the game together on both ends of the floor, starting with a 14-point third quarter offensively.

Tuscaloosa County still found a way to score points with 13, but the change was evident, as the Wildcats weren’t having the same success as the first half.

Thompson only cut into the deficit by one point in the third quarter, creating an eight-point deficit going to the final period, but the shift in momentum had occurred.

A moment they have found themselves any several times this year, the Warriors weren’t worried about the deficit and came out confident and with a sense of urgency.

The put together a 15-point quarter on the offensive end of the floor, but the shift in effort on the defensive end was the difference.

Thompson only gave up six points in the quarter, which paved the way for the offense to even have a chance down the stretch and led to the exciting finish for a one-point win.

Thompson bounces back with area win against Wildcats