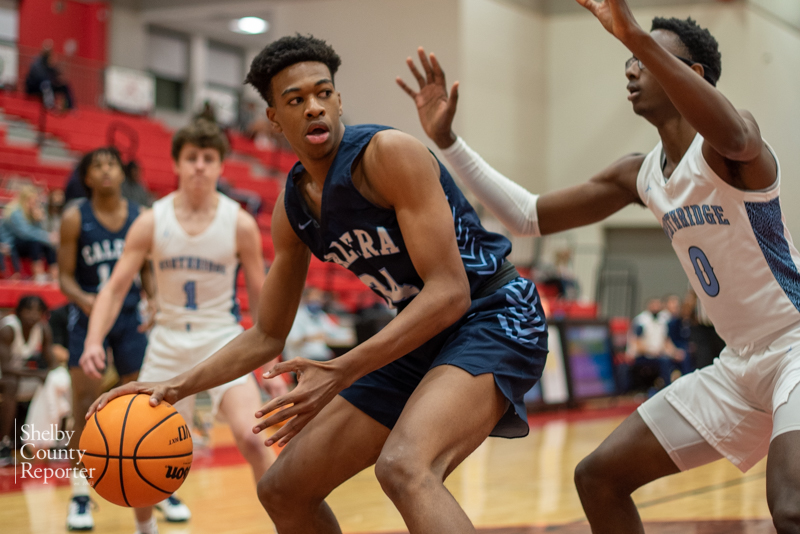 CALERA – A 20-point quarter every now and then is no surprise but to score 25-plus three quarters in a row and nearing 100 points isn’t common at the high school level, but it’s something the Calera Eagles accomplished in a dominant showing on Tuesday, Jan. 26.

Scoring 27 in the first and third quarters, 25 in second quarter and 18 in the final quarter, the Eagles totaled 97 points in a 97-62 area win against Chilton County.

With the victory, Calera continued to show balance with nine players scoring, including four in double figures and each player scoring at least four points.

Playing eight minute quarters for a total of 32 minutes, to score 90-plus points, something the majority of college teams don’t accomplish in 40 minute quarters, is an impressive feat.

But the Eagles have shown that consistency on the offensive end for the majority of the season.

With this win, however, they improved to 5-0 in area play to win the regular season area title and earn hosting rights for the area tournament.

Calera set the tone for the game in the first quarter when seven players scored in the period to total 27 points. Four players scored five points in the quarter, including Duke Chambers, Keshawn Haynes, Rodriguez Smith and Tre Stoutermire.

They matched that effort with an impressive start offensively by allowing only two Chilton County players to score in the opening quarter for 11 points.

That very quickly put the Tigers in the position of battling back from a 16-point deficit against one of the state’s best offenses.

And it didn’t get any easier from there.

Calera followed up the 27-point opening quarter with 25 more in the second quarter thanks to Jordan Eggleston catching fire, as the Eagles were already showing their depth.

Eggleston scored 12 of his 15 points in the quarter to help pace the Eagles to another dominant frame on the offensive end.

The defense also continued its impressive start by giving up just 13 points in the period, which allowed Calera to take score 52 points in the first half and take a commanding 28-point advantage.

Chilton County knew to have any chance at a comeback, the offense would have to come out with a sense of urgency in the third quarter, which the Tigers did.

They found a rhythm on that end of the floor, making five 3-pointers to total 25 points in the period. But the Tigers had now answer for Calera’s dynamic offense.

Seven players scored for the Eagles in the third quarter, including 10 from Stoutermire and six from Smith. That helped Calera put together its second 27-point quarter of the game to take a 79-49 lead into the final quarter.

The Eagles had their worst offensive quarter of the game in the final quarter but still totaled near 20 points with 18 to cement the dominant win.

Stoutermire led the way for the offense with 21 points, while Haynes and Eggleston both finished with 15. The final scorer in double figures was Smith with 13 points, while Duke Chambers and Xzayvion Childress each posted nine points.