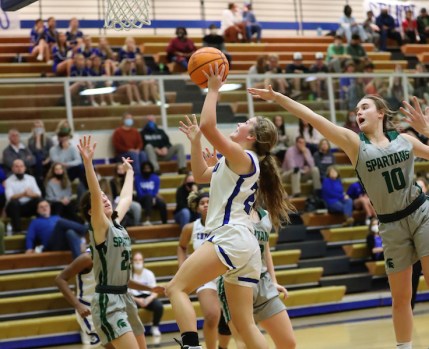 Chelsea’s girls basketball team took down Mountain Brook 64-35 on Jan. 26, to improve to 5-0 in area play and win the regular season area title. (For the Reporter/Cari Dean) 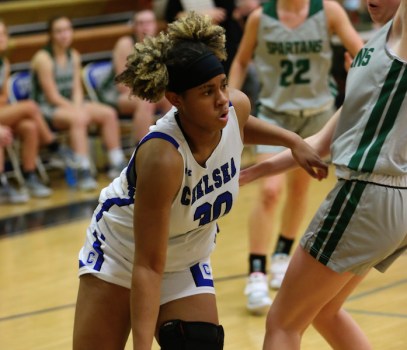 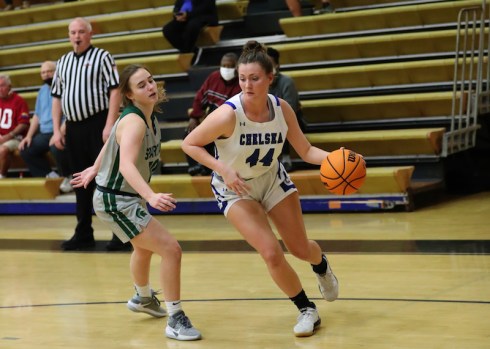 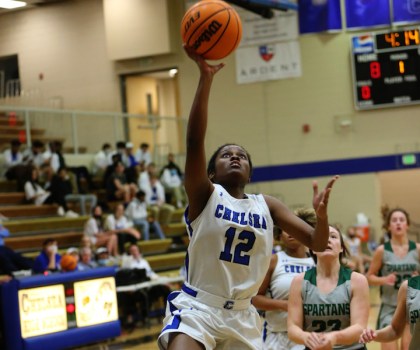 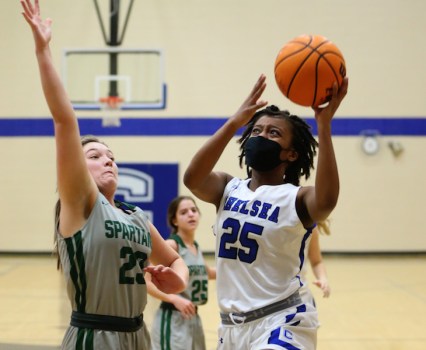 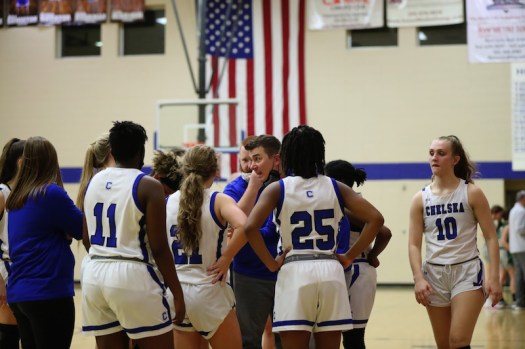 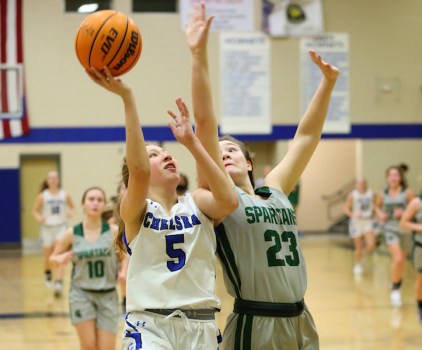 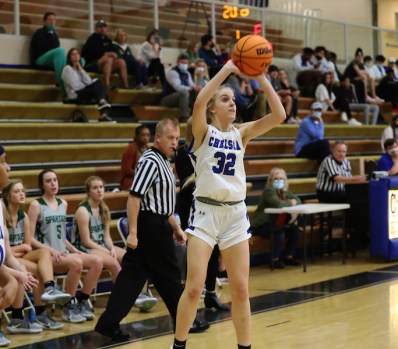 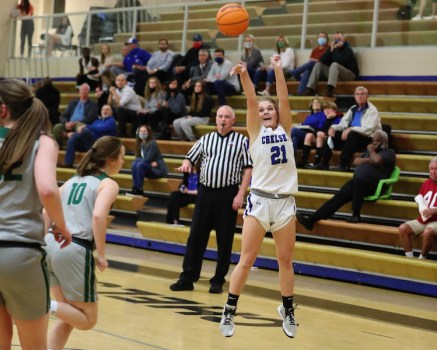 CHELSEA – With what has been the recipe for success the entire season, the Chelsea Hornets hit a big milestone on Tuesday, Jan. 26.

Thanks to a defensive effort that saw the Hornets give up nine or less in three quarters, Chelsea took down Mountain Brook 64-35 to win its second regular season area championship in a row.

Despite the area featuring new teams this year due to reclassification, the goal remained the same this season, and the Hornets accomplished that goal by improving to 5-0 in area play on Tuesday to earn hosting rights for the area tournament.

So far this season, Chelsea has made its living on the defensive end of the floor, and while that continued in this one, the offense also put together one of its best games of the season. 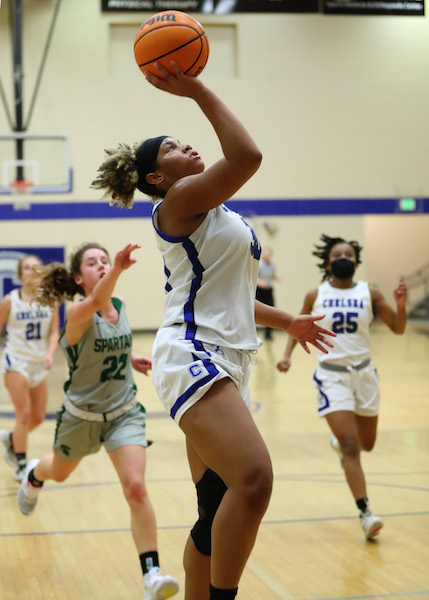 Sophia Brown totaled 15 points to lead Chelsea in the win. (For the Reporter/Cari Dean)

Both got off to solid starts in the opening quarter thanks to a balanced attack offensively with hustle on the defensive end.

The offense got points from seven different players, including five from Sydney Schwallie, to total 17 points in the opening quarter.

Defensively, the Hornets put pressure on the Mountain Brook offense by allowing nothing in the paint. The Spartans knocked down two 3-pointers, but only totaled nine points in the quarter to give Chelsea an early eight-point advantage.

The offense lost some of its luster in the second quarter, but the defense fed off of the energy from the opening period.

They allowed three field goals, but no 3-pointers this time around, to limit the Spartans to six points.

Chelsea was able to use that effort to lead to points on the other end of the floor, as Mackenzie Titus found success in the post with six points in the frame.

That helped the Hornets put 13 more points on the board to double up the Spartans’ score and take a 30-15 lead into the half.

Despite the lead, Chelsea felt as if it wasn’t playing its best game to that point.

That showed with the effort they came out with in the third quarter.

Determined to put the game away, the Hornets only gave up seven points to one scorer, which led to the offense having several opportunities to push the ball and get good looks.

They capitalized on that effort thanks to five different scorers helping the team score 25 points in the quarter, including nine points from Sophia Brown, six from Mary Henley Carney and five from Schwallie.

That all but put the game away with Chelsea taking a commanding 55-32 lead into the final quarter.

Mountain Brook outscored Chelsea 17-9 in the period, but the Hornets took advantage of getting valuable minutes for several players en route to closing out the 29-point victory.

Chelsea was led by Brown with 15 points, while Schwallie added 10. Carney added nine on three 3-pointers, while Titus was just behind with eight.