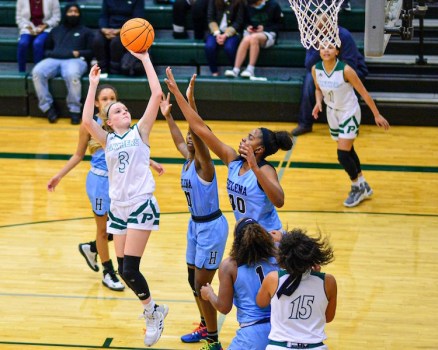 Pelham’s girls basketball team took down rival Helena on Jan. 26 to improve to 5-0 in area play and clinch hosting rights for the area tournament. (For the Reporter/Jeremy Raines) 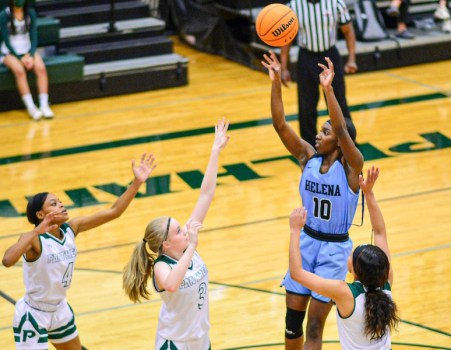 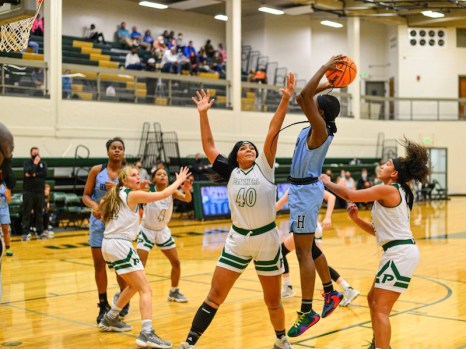 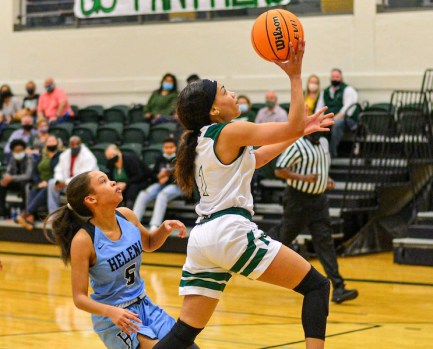 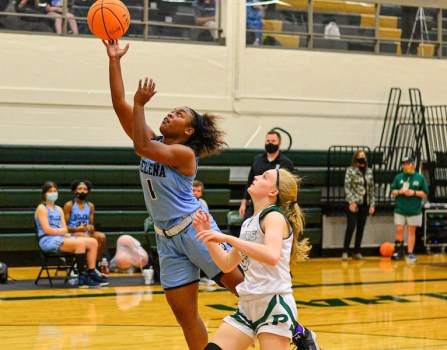 PELHAM – On senior night, the Pelham Panthers not only celebrated by honoring the players that have poured so much into the program but made it an even more memorable night by claiming the regular season area championship. Oh, and it came against rival Helena.

The Panthers took down their rival 45-37 to complete the season sweep of the Huskies and improve to 5-0 in area play ahead of their final area game on Friday, Jan. 28, earning them home court advantage in the area tournament.

Pelham was slow to get started in the game, but that was part of a defensive battle for both teams as the Huskies got off to a crawling start as well.

With their offense struggling, the Panthers put more focus on the defensive end of the floor, which caused Helena trouble in the opening quarter and ultimately made the difference at the end of the night.

Helena only scored two points on a field goal by Montana Harris. Although Pelham didn’t light up the scoreboard either, the Panthers did enough to score eight points in the quarter, all from Laci Gogan, to take a six-point advantage.

The Huskies, however, bounced back and took advantage of Pelham’s slow start in the second quarter.

Helena’s defense continued a consistent start by giving up eight points for the second quarter in a row, while the Huskies came back with a 10-point quarter on the offensive end of the floor.

With the bounce-back effort in the period, Helena cut the deficit to four points at 16-12 going into the half.

But coming out of the break, Pelham found its rhythm on the offensive end of the floor. The Panthers totaled 15 points in the third quarter thanks to Gogan, Victoria West and Niles Daniel all scoring four points in the quarter.

Helena didn’t lose its touch on the offensive end either, scoring 12 points in the period thanks to five each from Kya Gardner and Kennedi Nobles, but that wasn’t enough to prevent Pelham from extending the lead to 31-24 going to the final quarter.

Gardner and Nobles continued to apply pressure on Pelham in the final quarter with the duo totaling 11 points for 13 in the period, but the Panthers handled the pressure thanks to a strong finish from Emma McKenney on senior night.

One of few seniors on the team, McKenney posted eight points in the final period, including a perfect 4-4 mark from the free throw line to cement the eight-point win.

She finished the game with 10 points, while Gogan led the way with 18. Just behind the two was West with nine points.

Helena was led by Gardner with 13, while Nobles was one point behind with 12. Harris added a third double-figure scorer with 10 points.