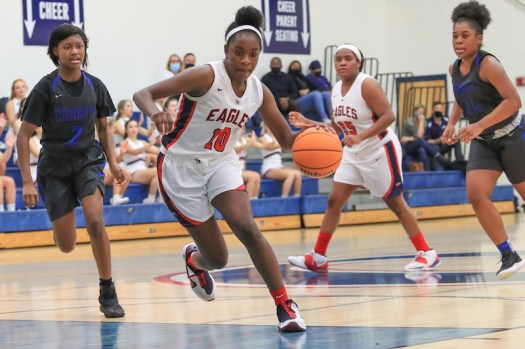 The Oak Mountain girls finished strong in the second half of their matchup with Tuscaloosa County on Jan. 26, leading to a four-point area win. (For the Reporter/Dawn Harrison) 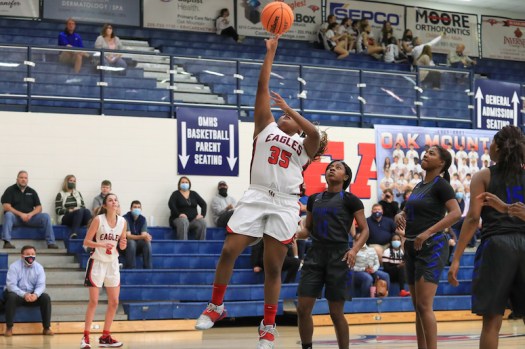 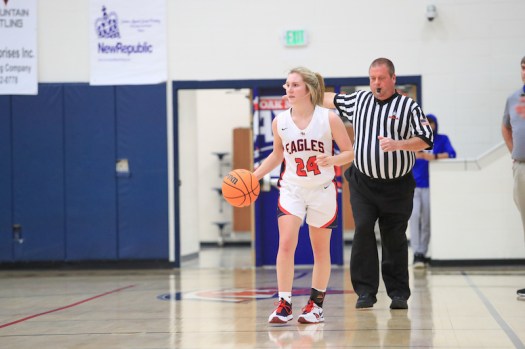 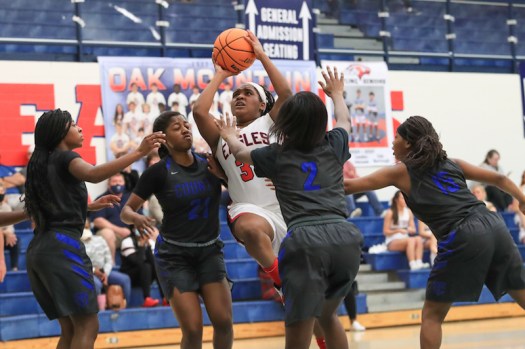 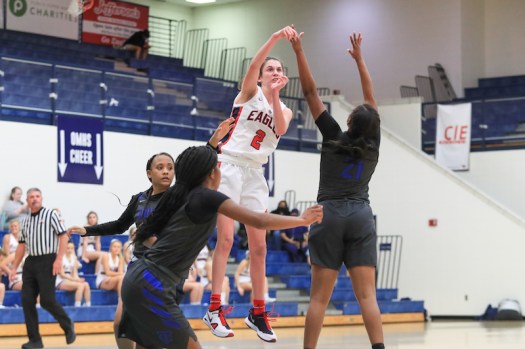 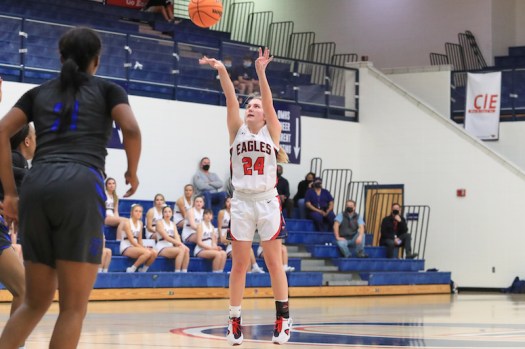 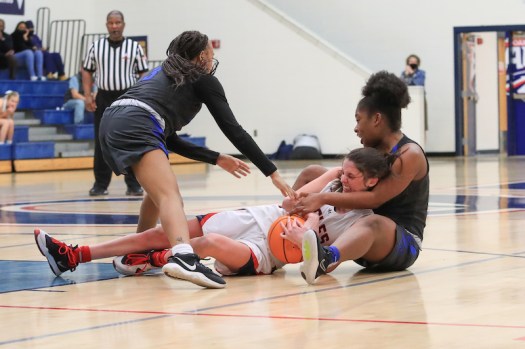 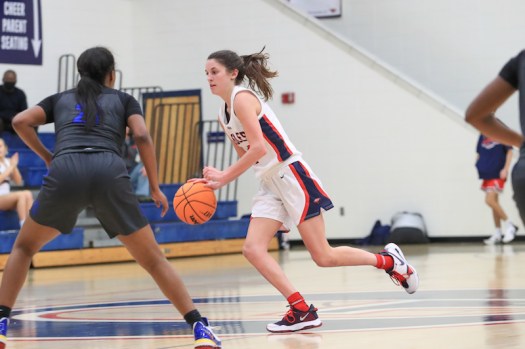 NORTH SHELBY – Trailing 25-19 at the halftime break, the Oak Mountain Eagles came out in the second half determined for a comeback and outscored Tuscaloosa County 18-5 to take command of the game.

That gave the Eagles the confidence they needed to turn the game around and pull off a 48-44 area victory on Tuesday, Jan. 26.

Oak Mountain actually took the early lead behind 10 points in the first quarter. The Eagles got four early points from Raegan Whitaker and a 3-pointer from Abby Gordon on the offensive end, while the defense did enough to give them a one-point advantage going to the second quarter.

But in the second quarter, Tuscaloosa County caught fire from the floor. The Wildcats made three 3-pointers, two additional field goals and went 3-4 from the free throw line to total 16 points in the period.

Oak Mountain got six more points from Whitaker and a 3-pointer from Tamia Threatt, but that was only good enough for nine points, which allowed Tuscaloosa County to storm in front by six at the half.

The halftime break, however, seemed to make all of the difference for the Eagles.

They came out in the third quarter like a new team on both ends of the floor.

Oak Mountain’s defense only gave up five points on two made shots, which also led to more opportunities on the offensive end.

The Eagles capitalized on those opportunities by making seven field goals, including two more 3-pointers from Riley Sullivan. She and Charity Shaw both scored six points in the quarter, as Oak Mountain put up 18 as a team to reclaim the lead at 37-30 going to the final quarter.

Tuscaloosa County bounced back in the final quarter from an offensive standpoint, totaling 14 points on two 3-pointers and four other field goals.

The Wildcats, however, couldn’t quite chase down the Eagles, who got strong finishes from Shaw and Sullivan. Both scored four points in the quarter, while the Eagles also added three free throws to post 11 points as a team and complete the tight win.

Whitaker led the way for the Eagles with 13 points, while Shaw finished with 12 and Sullivan with 10.