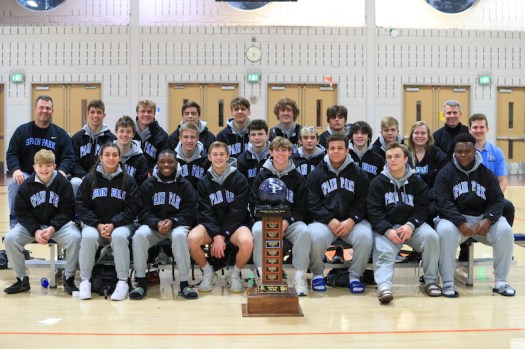 For the first time since 2012, the Spain Park wrestling team took down Hoover in the Battle for the Ball. (For the Reporter/Dawn Harrison) 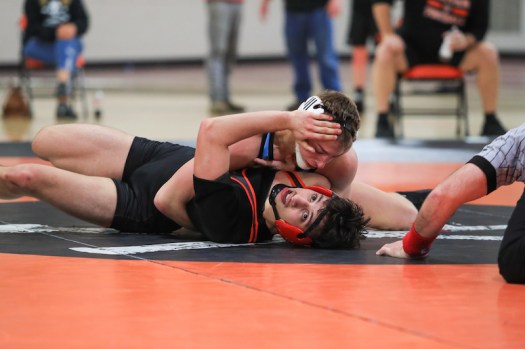 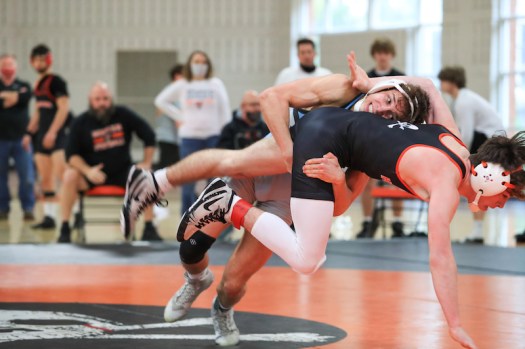 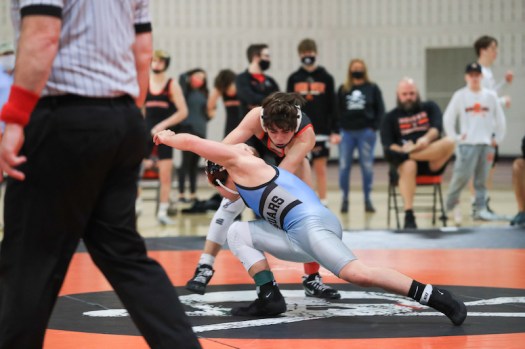 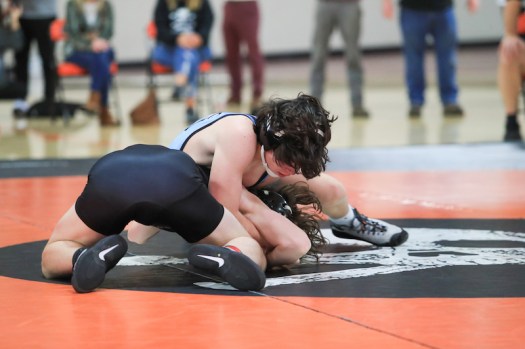 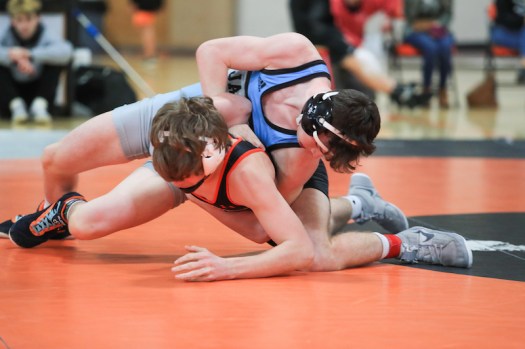 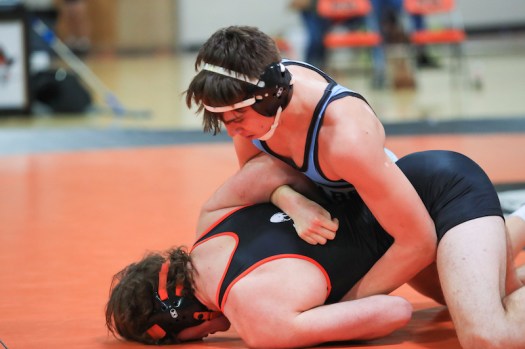 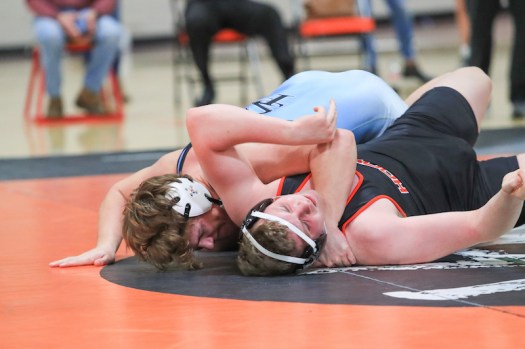 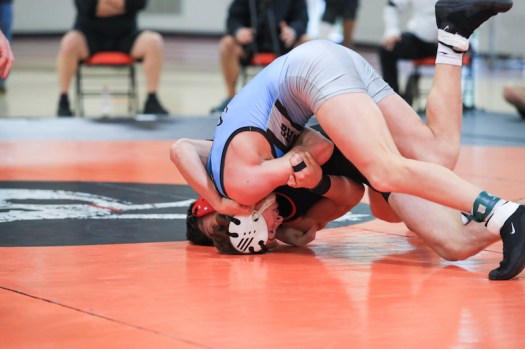 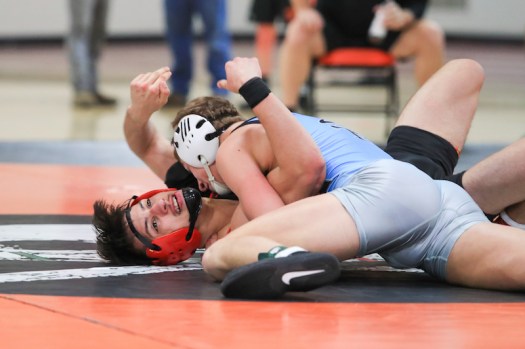 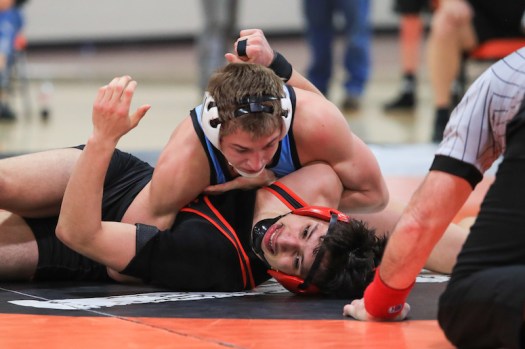 HOOVER – The Spain Park-Hoover rivalry is one of the best in the metro-Birmingham area, and on Wednesday, Jan. 27, there was another chapter added to the storied rivalry.

Competing on the mat in the Battle for the Ball, the Jaguars were looking to go against recent history and beat Hoover for the first time since 2012. And in typical rivalry fashion, it went down to the wire.

Trailing 28-22 with three weight classes remaining, Spain Park was in a position of basically needing three wins in a row with at least two pins to find a way to win, especially with the Bucs guaranteed six more points due to a forfeit in the 106-pound weight class.

Needing to surpass 34 points, the Jags started their chase for the win in the 195-pound division with Gage Hughes.

The senior did exactly what he needed to and kicked off an impressive run by the Jaguars with a pin against Sky Niblett thanks to a fall time of 1:16. That gave Spain Park six more points and brought their total to 28.

Then came the match of the night.

The two went back-and-forth throughout the match, with both having opportunities to put it away, but with his team in desperate need of points, Fortenberry clawed it a tight 7-5 decision win for three more points.

With a loss in that match, Hoover would have locked up the win.

Seeing the two before him put it all on the line, Rayshod Burts entered his matchup with Hoover’s John Smitherman confident. Wrestling in the 285-pound weight class, Burts needed a pin to seal the win for the Jags, and that’s exactly what he got.

He took down Smitherman with a fall time of 39 seconds to give the Jaguars six more points to cement a 37-34 victory, giving the Jagaurs the bowling ball for the first time since 2012.

The match always features a lot of pride, as they wrestle for a bowling ball with the school’s logos because of former Berry High School head coach Duke Chimento, who coached the sport for more than 30 years but was also an avid lover of bowling.

Each year, the two teams battle for the right to take the ball back to their school, and now, it will grace the trophy case at Spain Park for the first time since 2012.

That wouldn’t have been possible without others stepping up throughout the match as well.

After falling behind 16-0 through the first four matches, Spain Park needed points desperately.

That’s when Max Milazzo and Fischer Harrison both stepped up.

Wrestling in the 138 and 145 classifications, respectively, the two seniors picked up pins in their last matchup with the Bucs to put 12 points on the board for Spain Park.

That was part of a stretch that saw the Jaguars win seven of the next nine matches to put away the Bucs for the rivalry win.

Spain Park also took down Sparkman 54-21 in their other matchup, closing out a special night.