Oak Mountain girls get redemption in win against Thompson 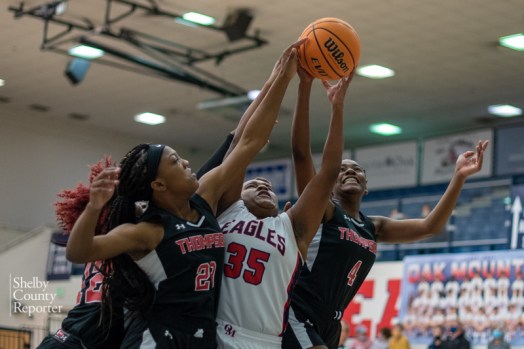 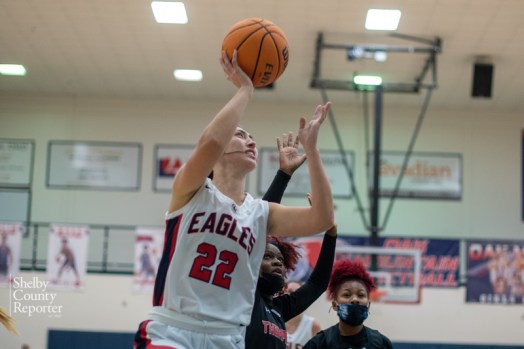 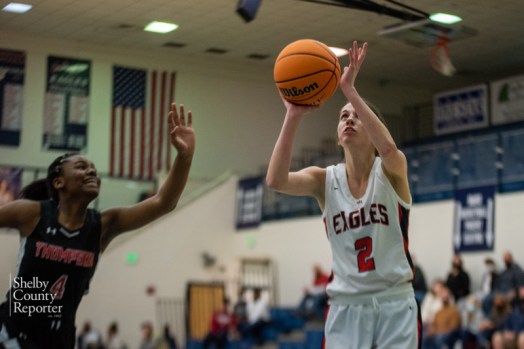 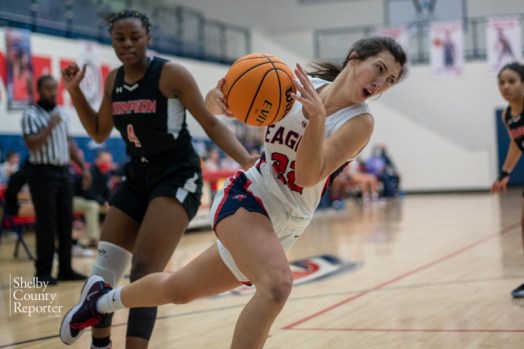 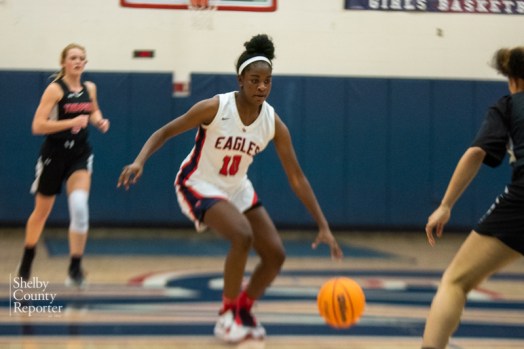 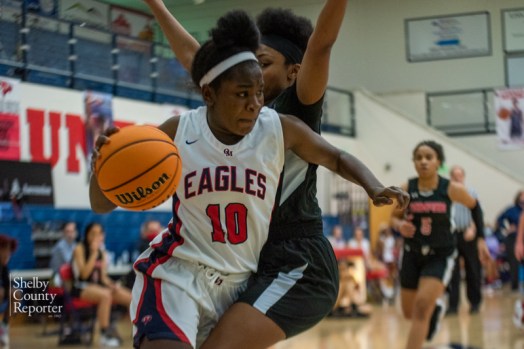 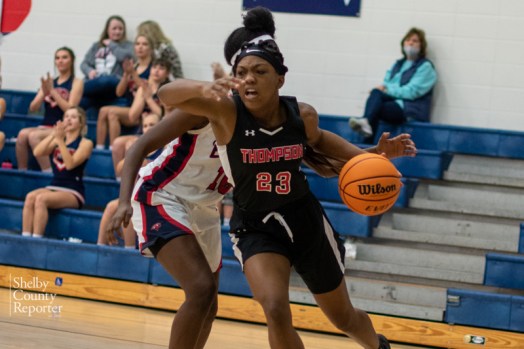 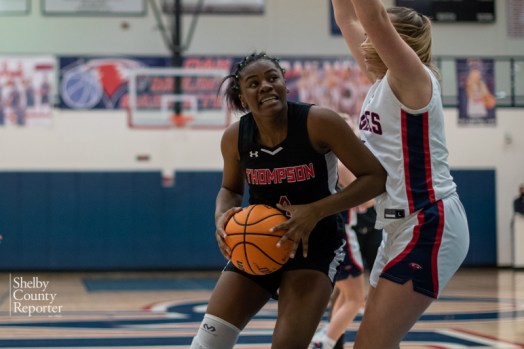 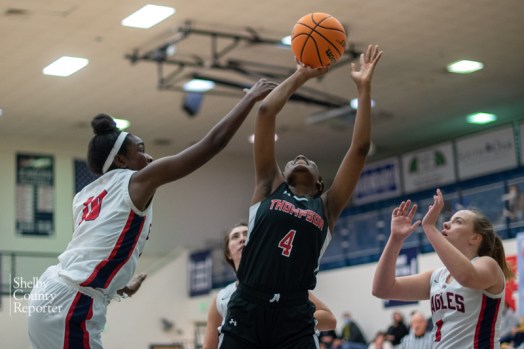 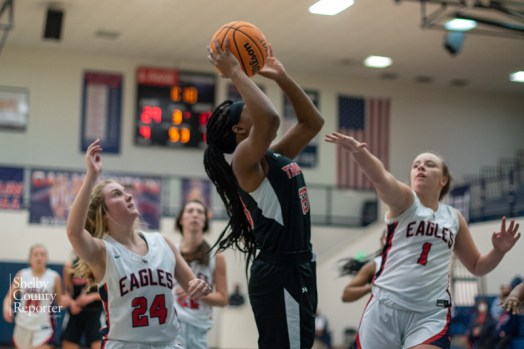 NORTH SHELBY – Taking on Thompson for the second time this season in area play, the Oak Mountain girls basketball team had some extra motivation in front of the home crowd on Friday, Jan. 29.

The Eagles led much of the first matchup between the two teams on Jan. 19, but ultimately went on to lose 52-43 after the Warriors closed strong in the final quarter.

Feeling like they let one slip away, they came out determined this time around with a tie for second place in the area on the line—meaning there would be a coin flip to determine the host of the two versus three matchup in the area tournament if Oak Mountain won.

This time around, however, Oak Mountain gained the advantage and never looked back en route to a 45-34 win.

The Eagles came out with a chip on their shoulder to start the game after the way the first matchup ended, which showed by the team’s attacking style of play.

Abby Gordon was key in a 13-point opening quarter for the Eagles when she poured in seven points on three made shots, including a 3-pointer.

Oak Mountain also made four of six from the free throw line in the period, while the defense didn’t give away any clean looks at the basket, giving up six points in the period.

Leading by seven, the Eagles kept the pressure up defensively in the second quarter, knowing that would make the difference the rest of the way.

Thompson was held to six points for the second period in a row and missed four free throws that could have added to that total.

Oak Mountain took advantage of the defensive effort by turning it into offense on the other end. The Eagles got six points from Charity Shaw in the paint, while Gordon knocked down another 3-pointer.

Those two played a major role in a 12-point quarter, which put Oak Mountain in front 25-12 at the halftime break.

Coming out of the half, Oak Mountain’s defense continued to cause problems for the Thompson, but the Warriors also turned up the pressure on that end.

As soon as the Eagles crossed half court, Thompson was starting to trap and press the ball.

That led to Oak Mountain getting fewer clean looks in the third quarter and a defensive battle between the two teams.

Thompson struggled to find a rhythm early in the quarter, but closed on an 8-2 run to cut the deficit to 31-21 going to the fourth quarter.

The Warriors extended the run to 10-2 with the first basket of the final period, which cut the deficit to single digits at eight points.

But Oak Mountain put the nail in the coffin with a quick 5-0 run, highlighted by a 3-pointer from Gordon to put the Eagles back in front by 13 at 36-23.

Thompson got no closer than 10 after that thanks to Oak Mountain knocking down seven free throws in the final minutes to cement the 45-34 win.

Gordon led the Eagles with 13 points in the win, while Shaw chipped in 12 points.

Thompson was led by 15 from Alecia Reasor in the loss.