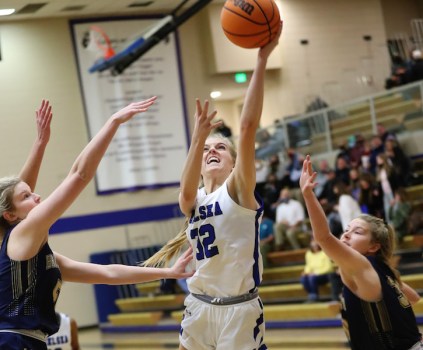 Chelsea's girls basketball team scored 46 points in the first half against Briarwood on Jan. 29 to pull away from the Lions and finish area play 6-0. (For the Reporter/Cari Dean) 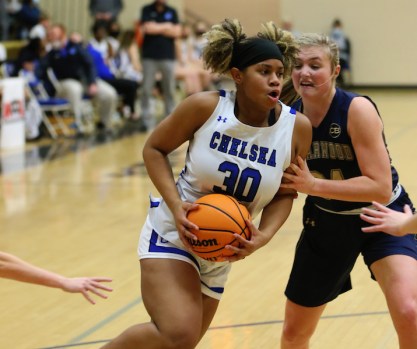 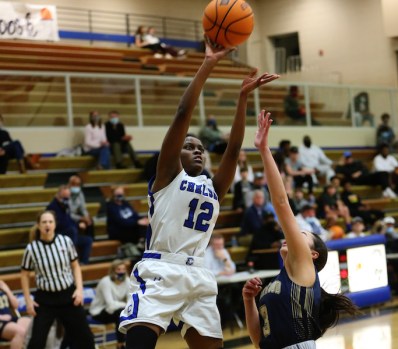 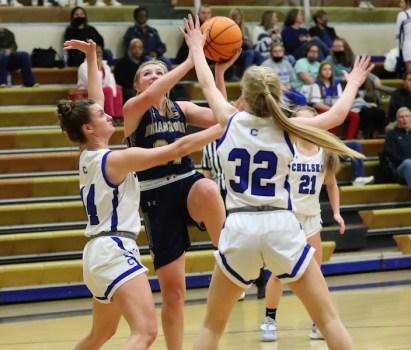 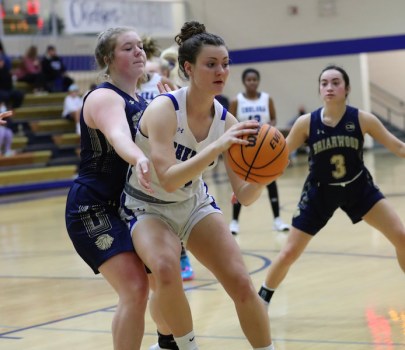 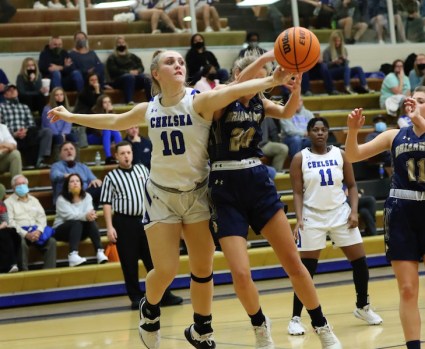 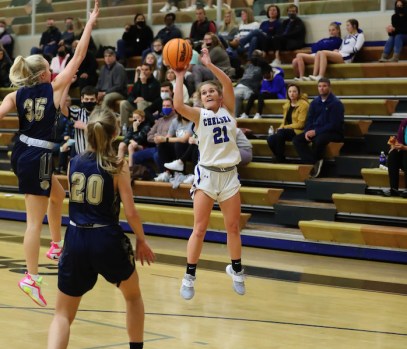 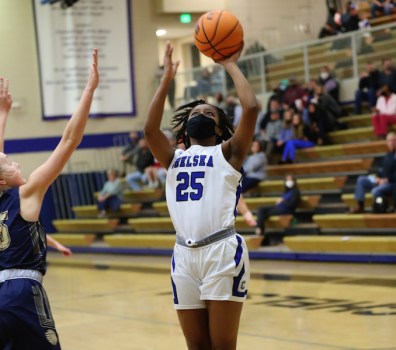 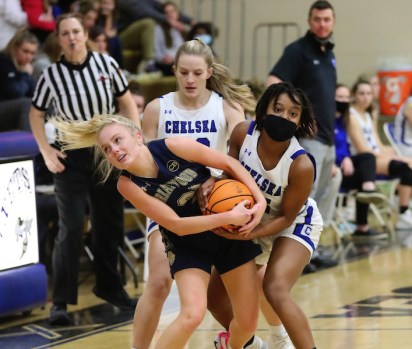 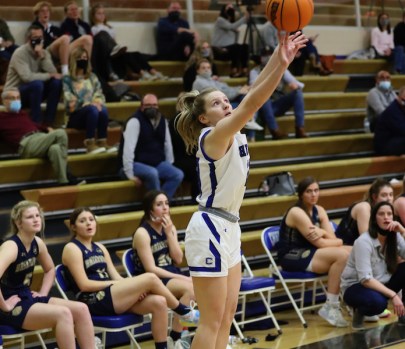 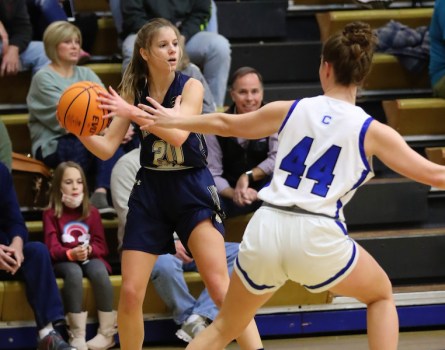 CHELSEA – With the regular-season area title already locked up, the Chelsea girls basketball team had one more goal they were determined to accomplish on Friday, Jan. 29.

With the Hornets sitting at 5-0 in area play heading into their rivalry matchup with Briarwood, Chelsea entered the game on a mission to cap off area play undefeated.

Their sights could have already been set on the area tournament, but it became evident very quickly that wasn’t the case.

Taking on the Lions, Chelsea came out and scored 46 points in the first half, while the defense gave up just 15 points for a 31-point advantage at the break. That created all the separation needed, as the Hornets accomplished their goal thanks to a dominant 62-32 win against Briarwood.

Chelsea’s mission was evident early in the game, as the offense came out on fire, posting one of its best quarters of the season.

The Hornets got 10 points from Ellen Fleming, six from Sydney Schwallie, four from Mackenzie Titus and two each from Sophia Brown and Lexi Redd. Fleming and Schwallie combined to make four 3-pointers, while posting 16 of the team’s 24 in the opening quarter.

A big reason for that early success on the offensive end was the presence of the defense. Chelsea gave up just six points in the period, all to Anna Martin, which helped make life easier for the offense.

Up by 18 already, the Hornets had all the confidence they needed and came right back with a 22-point second quarter offensively, while the Lions were held to single digits again at nine points.

Chelsea got six players in on the scoring action in the second period with Schwallie knocking down two more 3-pointers and Brown adding eight points to lead the way.

That gave the Hornets a 46-15 lead at the halftime break.

From there, Chelsea was able to coast the rest of the way. The Hornets didn’t score more than nine points in either quarter during the second half, posting seven in the third and nine in the fourth.

But with the game in hand, it didn’t matter.

Briarwood had its best quarter in the third period, but only cut into the deficit by five points by scoring 12, while Chelsea’s defense gave up just five in the final period, leading to the 30-point difference in the final score.

Fleming and Schwallie both finished the game with 14 points to lead the way for Chelsea, while Brown added 11. A total of 10 players scored for the Hornets.