County has 8 ranked in first girls soccer standings of 2021 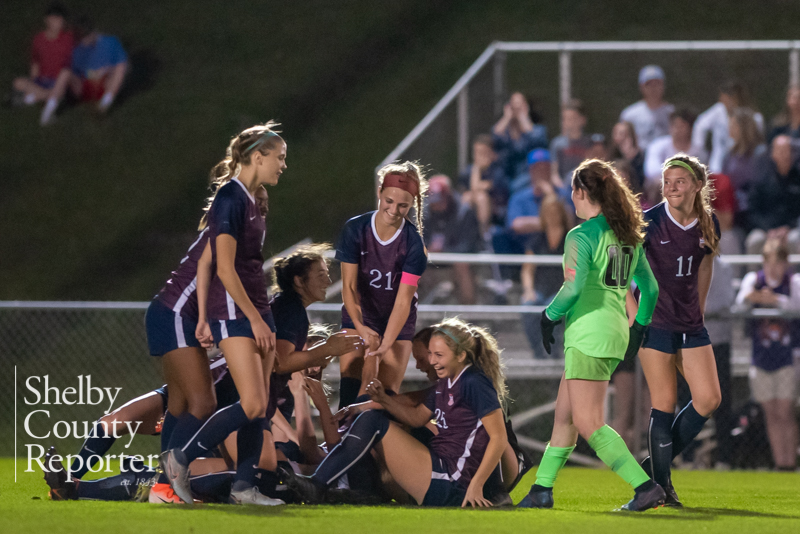 Oak Mountain's girls soccer team is one of many with high expectations heading into the 2021 season. (File)

Despite not crowning state champions during the 2020 soccer season, as usual, Shelby County still had several girls soccer teams prepared to battle for a state championship.

That looks to be the case again heading into the 2021 soccer season, as the preseason soccer rankings featured eight local girls teams ranked in their respective classification.

Highlighting the standings are Chelsea and Westminster at Oak Mountain, who came in at No. 1 in the 6A and 1A-3A standings, respectively.

Taking on a difficult schedule early last year, the Chelsea girls were 6-3-1 with two of those three losses to 7A No. 1 Oak Mountain.

The Hornets had one of the top returning teams in the state last year after losing in the 6A championship game the year before, and will once again be heralded as a top team again this year as the preseason No. 1 in the classification.

Westminster at Oak Mountain is in familiar territory as the No. 1 team in its classification after winning a state championship in 2019 and getting off to a 6-0-2 start last season.

The Knights were heavy favorites to win the title last year, but the season was cut short.

Now, they’ll have several new faces this year leading the way with a new coach as well. Joe Randal will now lead the Knights, but despite the change at the coaching position, the expectation remains for the No. 1 Knights.

Beyond those No. 1 team, Oak Mountain and Spain Park both earned a spot inside the top three of the Class 7A standings.

The Eagles, who got off to a 13-0-1 start last year, felt like they were the top team in the state, especially after taking down No. 1 Vestavia Hills 4-0 the day before the season was shut down.

Now, they return much of that same talent and are determined to carry that over into this year by winning a state championship to prove how good they are.

Ranked No. 2 in the 7A standings behind the Rebels again this year, Oak Mountain will be a true contender to win a championship this season.

One spot lower is Spain Park at No. 3 in the 7A classification.

The Jaguars got off to a 4-2-3 start last season, competing in some tightly-contested games against one of the most difficult schedules.

Spain Park will once again look to battle with those two elite teams on top of the standings in Vestavia and Oak Mountain, but it won’t come easily.

Other top 10 teams in the first standings include Pelham and Helena in the 6A classifications.

Both are confident going into the season with their top stars back, while they also have the goal of beating each other as rivals in the same area.

Pelham started last season 12-0 and lost its last game by a score of 5-1 to Chelsea before the season was cut short. But with reclassification, Chelsea is in a different area, and the Panthers could be the favorite to win the area under head coach Brittany Pollard, who has turned the program in the right direction the last few years.

But Helena won’t let that happen easily. The No. 10 Huskies were 11-6 last year before the season got cut short, and now have one of the most talented teams they’ve had at the 6A level.

Teams just outside of the top 10 included Thompson in Class 7A and Indian Springs in the 4A-5A standings.

The Warriors were ranked No. 12 in the 7A standings, as they look to make this another year of progress under head coach Dan DeMasters.

Each season, the coach has helped the team grow a new sense of belief since moving to the school from Oak Mountain, and this year’s team seems primed to build off an 8-6-1 record last year, which was their best start since 2017.

The area will be difficult with top 10 teams Oak Mountain and Hoover, but the Warriors should battle for one of the two playoff spots out of the area.

Indian Springs came in at No. 13 in the 4A-5A standings, as they look to make a run toward the playoffs. Last year, Springs got off to a 2-3 start to the season, while the season before also saw its share of struggles.

But this year’s team seems ready to bounce back with more experience, which should make them a threat in the classification.