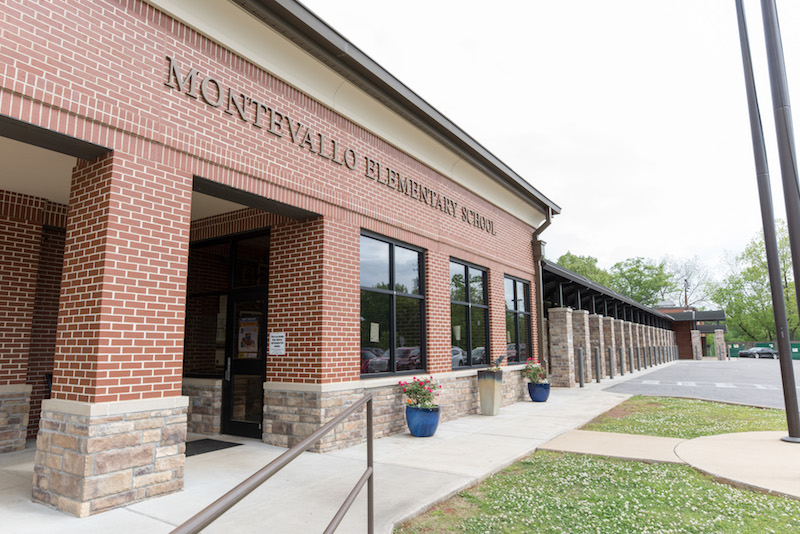 An underground water leak at the Montevallo Elementary School campus in January resulted in the temporary closure of the building and an emergency declaration to contract the work for permanent repairs. (File)

The leak resulted from an underground defect in the water line and allowed tens of thousands of gallons of water to escape and saturate the ground for about two weeks, creating a large and deep hole next to the school building, according to an emergency declaration from Shelby County Schools.

“After consulting with a structural engineer earlier this week to evaluate the situation, the structural engineer has prescribed a repair that must be completed immediately so as to solidify the building foundation and prevent any further damage,” the declaration reads. “There are substantial safety issues to the students, faculty, staff and public and safety concerns for the building(’s) structural integrity itself which require immediate action.”

“The emergency declaration is for the main structural repairs that need to be made now for a permanent solution to the problem,” SCS Public Relations and Community Education Supervisor Cindy Warner said. “This declaration will allow us to immediately contract the work.”

Although the exact start date of the leak is unknown, about 357,000 gallons of water passed through the water meter located at the school from Jan. 6-19.

Warner said the school had to close when the leak was first discovered.

School dismissed early on the morning of Jan. 19, and students remained on remote learning the following day, Jan. 20.

“Our crews were able to stabilize the hole enough to reopen campus on Jan. 21, and they have remained on campus since,” Warner said.