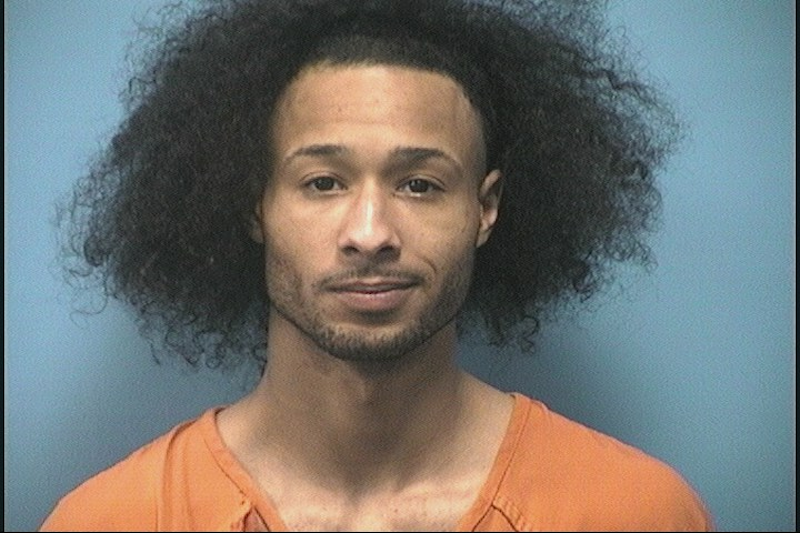 Tyler Cornelius Jones has now been charged as a fugitive from justice after an investigation by Helena detectives revealed he had warrants out for his arrest in North Carolina. (Contributed)

HELENA — A Helena man faces even more serious charges after his arrest by the Helena Police Department on Tuesday, Jan. 26.

Tyler Cornelius Jones was arrested by HPD after fleeing from officers following a report of domestic violence.

Since his arrest, after a deeper investigation by the Helena Police Department, detectives found that he had outstanding warrants out of North Carolina for kidnapping, assault and larceny.

Jones will be extradited to face those charges once courts arrange the extradition.

He is currently being held in the Shelby County Jail on bonds totaling $133,500. Jones is charged with domestic violence by strangulation, interference with a domestic violence investigation, giving false identification and fleeing or attempting to elude law enforcement, while also being a fugitive from justice.

Before being arrested on Jan. 26, an HPD officer was flagged down by an unidentified female stating that she was being physically abused by Jones, according to a press release from HPD.

Officers made their way to the residence in the 4200 block of Old Cahaba Parkway, where Jones was questioned about the incident.

“During the course of speaking with the officers, the boyfriend provided officers with a false name and refused to answer additional questions related to the assault,” HPD shared in a press release.

When officers attempted to restrain him, Jones struggled and fled into the woods behind the residence.

The helicopter immediately responded to the area and after only a few minutes, located the suspect hiding under brush on the bank of the Cahaba River using its FLIR (Forward Looking Infrared Camera).

Officers pursued Jones, who then jumped into the river to try and elude officers again.

This time, however, he tired out and eventually ended up back on the bank.

After the Helena Fire Department responded to the area with their rescue equipment, Jones was lifted back to the top of the river bank where officers were able to able to arrest him and take him into custody without incident.

Jones was examined by paramedics and then transported to Helena City Jail, before then being transferred to the Shelby County Jail.

HPD also thanked the Jefferson County Sheriff’s Office for their assistance in helping apprehend the suspect.