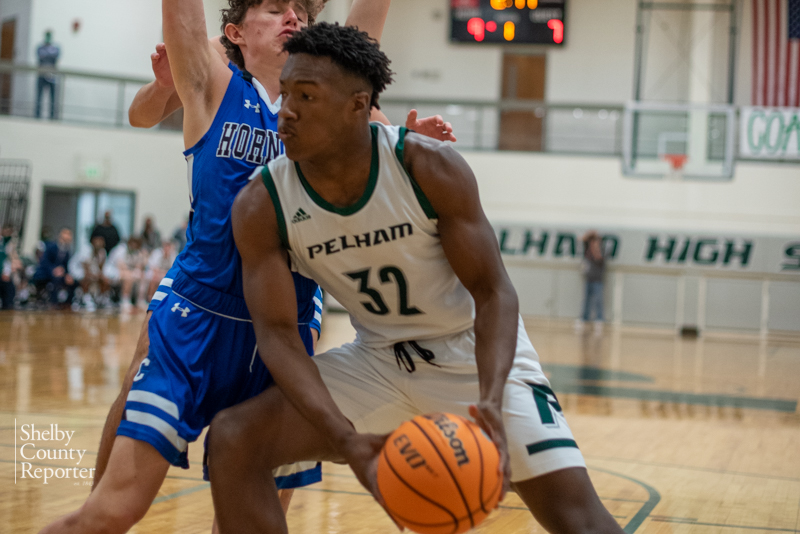 KIMBERLY – It didn’t come without its share of challenges, but he Pelham Panthers were able to pick up a two-point victory against Mortimer Jordan on Tuesday, Feb. 2, to start gaining momentum ahead of the area tournament.

The Panthers were able to grab a strong lead at the half, but were forced to hold on after a furious comeback from the Blue Devils. In the end, however, Pelham’s defense and an impressive showing from Kendan Maddox in the post led to a 59-57 victory for the Panthers.

In the final seconds, everyone was holding their breath, as Mortimer Jordan got a look at a buzzer-beating 3-pointer, but it didn’t fall, which closed out a strong end to the game from Pelham’s defense to hold on for the win.

In the early going, however, Mortimer Jordan was able to take early control of the game.

Defensively, the Panthers got off to a slow start and Mortimer Jordan capitalized. In what became a hot shooting quarter from beyond the arc, the Blue Devils posted 15 points in the quarter, but the Panthers were right on their heels with 14 points in a back-and-forth start.

With Pelham’s defense being the only missing key to an early ead, the Panthers kicked it into a new gear in the second quarter, while Maddox made his presence known.

The 6-foot-7 athlete went to work with nine points and three blocks in the second quarter. That played a part in a huge offensive quarter that saw Pelham score 25 points in the period, while the defense limited Mortimer Jordan to 13.

With that effort, Pelham stormed in front for a 39-28 lead at the halftime break.

The Blue Devils, however, clawed their way back into the game after making halftime adjustments that caused problems for Pelham’s offense.

After scoring 25 in the second quarter alone, the Panthers only scored 20 the entire second half, as the Blue Devils did their part on the defensive end of the floor to battle back into the game and give themselves a chance late.

But the second quarter eventually became too much for them to overcome. They had their chance at the win late, which is all they could ask for, but the final attempt at the buzzer fell short as the Panthers staved off the comeback attempt.

Maddox led Pelham after finishing with 19 points and six rebounds, while he also added those three blocks. Evan Pate and Jordan Hollway were also key with nine points and five rebounds each for the Panthers. Roy Gonzalez was big in the win as well thanks to his seven points and five assists.