UPDATE: One dead after chase ends in wreck on I-65 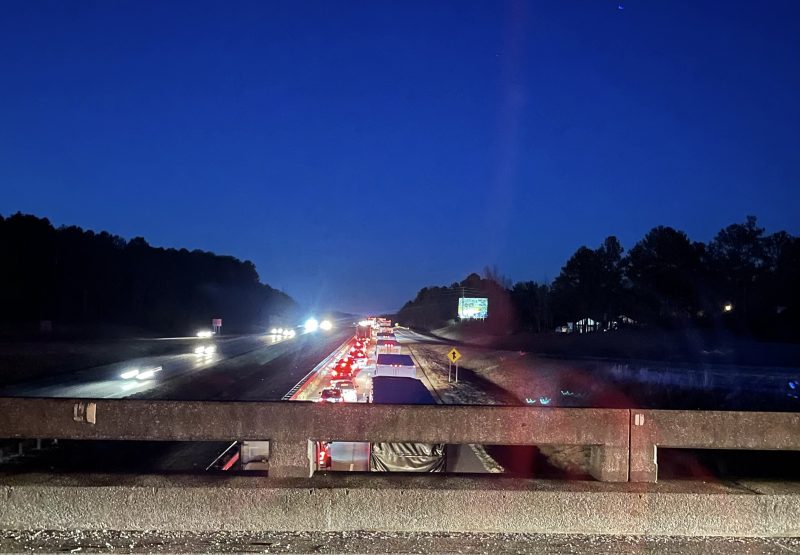 Pictured is traffic along I-65 North near Calera after a crash Wednesday, Feb. 3. The only victim died as a result of injuries. The vehicle was seen traveling through Calera at an extremely high rate of speed. (Reporter photo / Hailey Dolbare)

CALERA — The only known victim of a crash along Interstate 65 North on Wednesday afternoon, Feb. 3 has died from injuries sustained in the wreck, Calera Police reported Thursday.

The victim, identified as Ronald Sylvester Washington, 33, of the Miami area, was in the vehicle that was seen traveling at dangerous speeds through Calera on Wednesday. The vehicle was reportedly fleeing from Montevallo police officers and passed through downtown Calera at speeds in excess of 100 mph, continuing onto the Interstate where the driver lost control and crashed into the woods near the 230-mile marker.

Calera officers, which had attempted to stop the vehicle, were first to arrive on the scene and render aid to Washington, who was thrown from the vehicle upon impact.

It was not immediately clear from reports whether Washington was the only person in the vehicle or whether he was the driver.

“An off-duty paramedic assisted Calera officers in rendering medical aid to Mr. Washington prior to Calera Fire Department’s arrival,” said Calera Police Chief David Hyche. “While attempts to save Mr. Washington were unsuccessful, I want to thank all who did their best to save his life.”

The incident was first reported on Calera Police Department’s Facebook page on Wednesday at 5:04 p.m. Washington’s name was not released until Thursday morning, due to difficulty in determining which identity was correct and the process of notifying relatives.

Hyche indicated that during the pursuit, the vehicle would have passed near Calera High and Calera Intermediate schools. He said he was “grateful that no innocent citizens or children leaving school were hurt or killed.”

“We all hate to see loss of life, but Calera Police Department’s primary mission is to protect our innocent citizens,” Hyche added. “When this vehicle entered Calera, it was traveling in excess of 100 mph and passed through a school zone not long after school had let out. Citizen callers reported that the vehicle was running cars off the road and almost collided head on with motorists.”

In addition, the vehicle involved was reportedly used in crimes committed in Alabaster, and evidence is being processed by Alabaster Police.

The investigation has been handed over to the Shelby County multi-agency Traffic Homicide Task Force, according to standard procedure in traffic deaths, Calera Police reported.

“We appreciate all who called reporting the reckless driving and direction of travel,” Hyche said. “Your actions might have prevented this from being a far greater tragedy.” 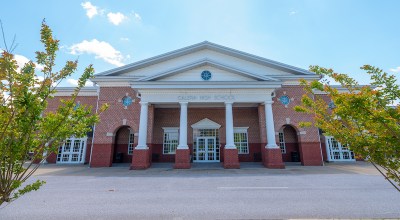