Shelby announces he will not seek term in 2022 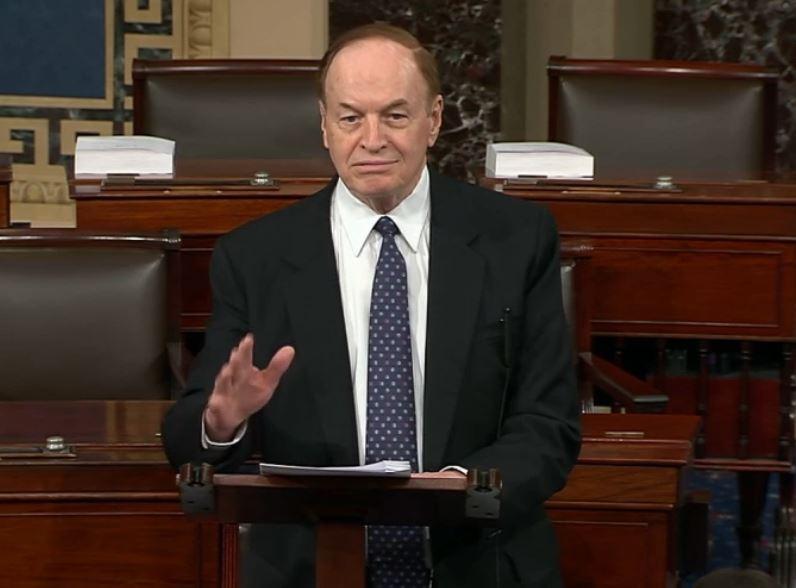 Shelby was first elected to the U.S. Senate in 1986, following four terms in the U.S. House representing Alabama’s 7th congressional district and eight years in the Alabama State Legislature.

“I am grateful to the people of Alabama who have put their trust in me for more than 40 years,” Shelby said Monday. “I have been fortunate to serve in the U.S. Senate longer than any other Alabamian. During my time in the Senate, I have been given great opportunity, having chaired four committees: Appropriations, Rules, Banking, and Intelligence. In these positions of leadership, I have strived to influence legislation that will have a lasting impact — creating the conditions for growth and opportunity.”

Born and raised in Birmingham, Shelby is a fifth generation Alabamian and a graduate of the University of Alabama’s undergraduate and law programs. He began his career as a city prosecutor in Tuscaloosa and went on to serve as a U.S. Magistrate for the Northern District of Alabama before working as a Special Assistant Attorney General.

“Serving in the U.S. Senate has been the opportunity of a lifetime,” Shelby added. “I have done my best to address challenges and find ways to improve the day-to-day lives of all Americans. I have also focused on the economic challenges of Alabamians, increasing access to education and promoting facilities to improve the quality of schools. I have worked to enhance Alabama’s role in space exploration and the security of our nation. Further, I have supported the utilization of Alabama’s greatest resources, including its unparalleled river system and the Port of Mobile.”

Upon learning of the news, Alabama Republican Party Chairman Terry Lathan issued a statement saying the people of Alabama had been “truly blessed” to have Shelby representing their state for the last 42 years.

“He has always fought for what is best for his constituents – from expanding economic opportunities to advancing education and research,” Lathan said.

In addition, Congressman Gary Palmer, who represents Alabama’s 6th District, said Shelby’s retirement would be a loss for Alabama.

“His decades of public service have undoubtedly left our state a better place,” Palmer said. “He has served Alabama with honor and distinction, both at home and on Capitol Hill, and has earned the opportunity to depart on his own terms. His work in appropriations, education, defense, and numerous other areas has served our state and our country well, and I’m confident he will finish his final term with the same commitment and care for America that he has always brought to his work.”

During his time in Congress, Shelby has focused on expanding economic opportunities throughout Alabama and the country, in addition to his top priority – the security of the nation. Senator Shelby has also worked to improve and advance education, medical research, space exploration, infrastructure, manufacturing and agriculture. He has worked to ensure that our nation’s warfighters are equipped with the tools they need to protect and defend the country. Additionally, he has been instrumental in deepening and widening the Port of Mobile, a project that he believes will have a monumental and long-term impact on Alabama’s economy. Further, Shelby has worked to confirm highly qualified, conservative judges to Alabama’s federal courts.

Shelby has a strong record of standing for free-market principles and opposing bailouts and big government. He voted against the Chrysler bailout as a freshman in the House of Representatives, opposed the bailout for the financial industry in 2008, and has continuously fought on behalf of American taxpayers. In 2003 and 2005, he introduced legislation to reform the government-sponsored enterprises, Fannie Mae and Freddie Mac. He led the effort to tailor financial regulations following Dodd-Frank, and in 2015, Senator Shelby introduced a Dodd-Frank reform bill to roll back regulations on Main Street banks and businesses, which ultimately became the framework for a reform bill signed into law in 2018.

Shelby thanked his wife and family for their support throughout his career, as well as his staff for their “determination and loyalty.”

“Although I plan to retire, I am not leaving today. I have two good years remaining to continue my work in Washington. I have the vision and the energy to give it my all,” Shelby said.

Shelby resides in Tuscaloosa with his wife, Annette, his bride of 60 years. They have two children, Richard and Claude, and two grandchildren.