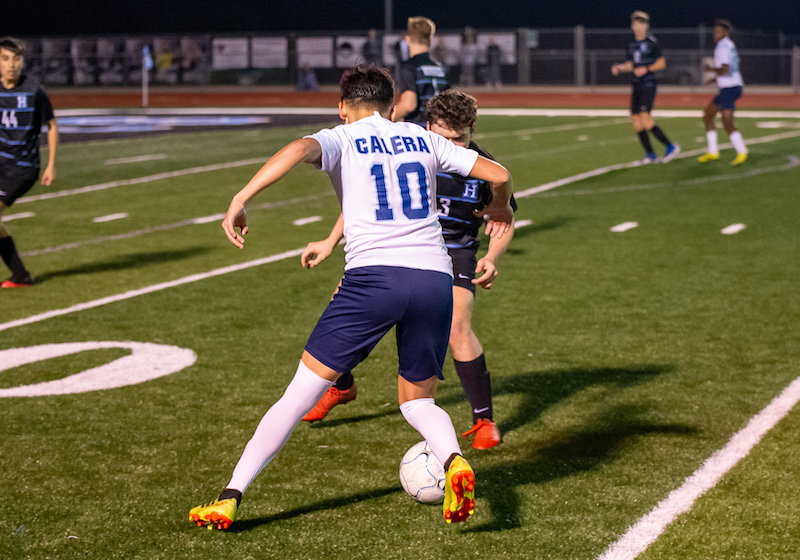 The Calera Eagles are off to an ideal start to the 2021 soccer season after going 2-0-1 in the Bronze Division of the Lakeshore Shootout to claim the championship. (File)

The Calera Eagles’ boys soccer team is off to its best start since the 2017 season after an impressive showing at the Lakeshore Shootout between Feb. 5 and 6 that ended with a championship.

Calera not only own its opener with a 10-0 shutout against Shades Valley on Thursday, Feb. 4, ahead of the tournament, but then came back to go 2-0-1 in the Bronze Division of the shootout to finish with 23 points and claim the Bronze Flight B title.

That brought the overall record for the Eagles to 3-0-1 on the season through the first week, which is their best start since beginning the 2017 season 4-1.

It also marks an improved start from last year’s team, which began the season 0-5-1 through its first six games after a difficult schedule.

But even then, the Eagles started to show promise and were clicking when COVID-19 forced the season to come to an end. They went 2-0-1 over their final three games last season, and that success has driven them into the 2021season.

After the 10-0 shutout against Shades Valley, the Eagles played three games over the next two days in the Lakeshore tournament looking to build off that success.

Playing on a 10-point scoring system, Calera opened the event with a 1-1 tie against Pinson Valley, which was worth three points to kick off the tournament.

That marked the only match on Friday for the Eagles, who came back to play two games on Saturday.

Warmed up from the night before, the Eagles were able to put together two dominant performances during their Saturday games to score a maximum of 10 points against both Mortimer Jordan and Trinity Presbyterian.

With each win worth six points, each goal worth one point up to a max of three and each shutout worth one point, the Eagles went to work in their first game of the day against Mortimer Jordan to score points in each of those categories.

They scored nine goals to get the six points from the win and three for goals, while also completing a shutout performance for the second time in three games.

With that win, Calera’s confidence continued to improve early in the season heading into the second matchup of the day against Trinity.

The Eagles again put together a perfect 10-point performance by winning the matchup 4-0 to finish the tournament 2-0-1 and improve to 3-0-1 on the season.

Through their first four games, the Eagles have outscored their opponents by a combined score of 23-1 with three shutouts in that span.