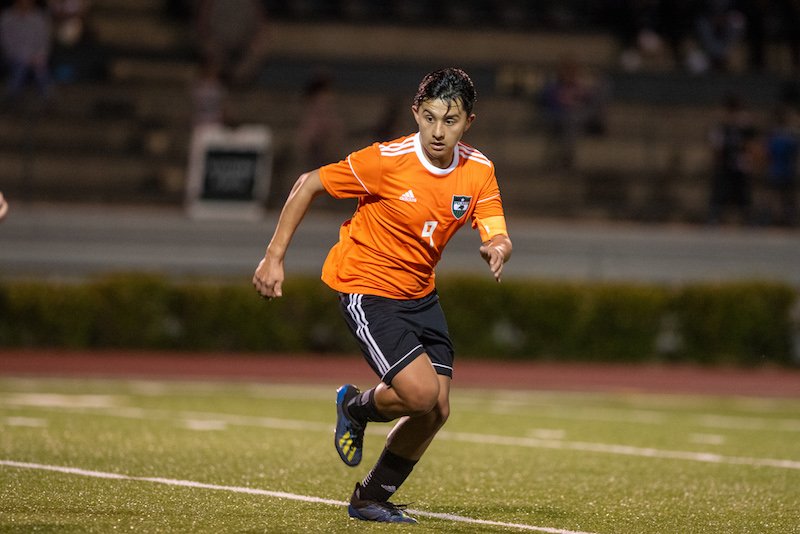 Pelham was one of many local teams to perform well at the Lakeshore Shootout to kick off the 2021 soccer season. (File)

After last season was cut short due to COVID-19, local soccer teams have been counting down the seconds until they could step on the field again, which happened Feb. 4-6.

With the Lakeshore Shootout marking the unofficial start to every soccer season, several local boys teams participated in the tournament to kick off the 2021 season, and there was no shortage of talent on display.

Thompson and Calera were the lone teams to win their divisions, but on a 10-point scoring system against some of the state’s best teams, that’s not the only way to determine success at the event.

With 20 points being a great aggregate score in the event due to its competitive nature, five of those six teams were able to score at least that number if not more during impressive runs.

The highest scores came from both Spain Park and Helena, who each totaled 22 points in their respective division.

The Jags competed in the Platinum Division and finished second only to No. 1 Hoover, who posted 28 points.

Spain Park opened the season and tournament taking on No. 4 Huntsville, who sits one spot behind the Jags in the rankings.

They followed that up with a matchup against Grissom a day later, earning four more points in a 1-1 tie.

Spain Park improved to 2-0-1 on the season with a win in its final game of the tournament, taking down No. 10 Bob Jones 4-0 for a perfect 10 points.

Pelham put together a strong showing as well thanks to back-to-back bounce back wins after falling to Thompson in the season opener.

Taking on the Warriors, Pelham couldn’t overcome late success in the Border War battle, leading to a 4-2 loss to open the tournament and the season.

But the Panthers did earn two points for their two goals scored and responded with a perfect 10 points in their next two games of the tournament.

In their second game, they picked up a 3-0 shutout of Cullman on Feb. 5, then came back the next morning and downed Shades Valley in an 8-0 shutout to finish the tournament with 22 points.

Helena and Chelsea also had impressive performances in the tournament, scoring 21 points each.

Like Pelham, the Huskies did have a 5-1 loss to 7A No. 5 Thompson, but that was sandwiched between shutouts of Shades Valley and John Carroll.

They took down Shades Valley 9-0 and John Carroll 3-0 to finish the shootout with two shutouts and 21 points.

Chelsea, who opened the season a day before the tournament with a 9-1 win against Shelby County, has shown plenty of promise early in the season.

Following that win, the Hornets did lose 2-1 to John Carroll to kick off the Lakeshore Shootout, but they bounced back with two dominant 10-0 shutouts against Paul Bryant and Minor to total 20 of their 21 points in those two wins.

Indian Springs was just behind those four teams with 20 points after taking on one of the toughest teams in the tournament.

Competing in the Gold Division, Springs was forced to take on Homewood in the second game of the tournament and fell to the eventual champion of the division 2-0.

Outside of that, however, Indian Springs dominated in its other two matches with a 10-0 win against Paul Bryant and a 6-0 win against McAdory for a perfect 20 points between those two games.

Oak Mountain had the lowest point total of the six teams at 16, but the defense showed early in the season it’s going to be one of the most difficult to handle.

The Eagles posted a shutout in every game of the event to start the season with three shutouts in a row.

The offense lagged behind a bit, but taking on good teams in Grissom, Albertville and Huntsville, that’s understandable.

Oak Mountain tied 0-0 with both Huntsville and Grissom to earn eight points and then added eight more with a 1-0 shutout of Albertville to complete the tournament.