Since 2010, the 71-year-old has volunteered with the Birmingham chapter of SCORE, was employed as director of Positive Maturity’s AWARE Program, and worked as the Citizen Soldier For Life (CSFL) Counselor serving the Alabama National Guard. 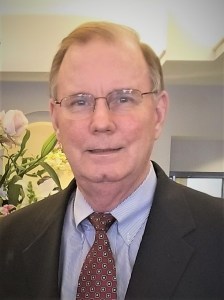 The third of four children, Crawford has been married to Helen for 45 years. They have two children and four grandchildren. Crawford earned a graduate degree in banking from Graduate School of Banking at Louisiana State University in 1984. In 1974, he earned his Bachelor of Science degree in marketing from the University of Alabama.

Crawford has an extensive history of participation in civic and community organizations. Activities include United Way of Central Alabama, was charter president of the Montgomery Area Community Development Corporation, held leadership roles with chambers of commerce and United Way organizations in five different cities, and was a board member and fund raiser of Black Warrior Council of the Boy Scouts of America for eight years. He also was president of the Walker County Chapter of the UA National Alumni Association the year it was recognized as Small Chapter of the Year.

Crawford’s work with CSFL ultimately led to the formation of another volunteer organization, the Central Alabama Veterans Collaborative (CAVC) which he co-founded with Anna Taylor of the Alabama Department of Rehabilitation Services, who also had a working relationship with the Alabama National Guard.

According to Crawford, “Many veterans do not know where to turn to get quality assistance, and most citizens don’t know the depth of problems and issues facing veterans.”

In January 2019, Brian and Anna formed the concept to establish an “umbrella” organization comprised of service providers that would network among members to deliver assistance to veterans, many of whom need multiple services. Additionally, the organization would conduct outreach programs for veterans and provide information to the community on multi-faceted issues of our veteran and military community. They began developing a list of federal and state agencies, non-profits, and the many programs they represent to be solicited for participation.