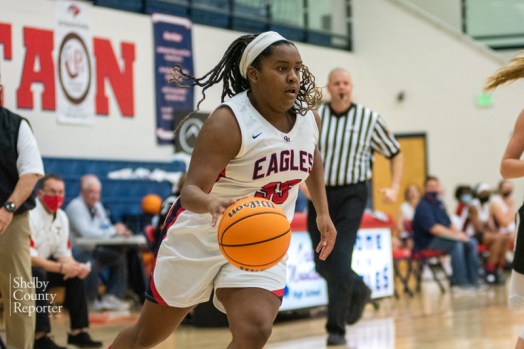 The Oak Mountain Eagles advanced to the Sweet 16 for the second year in a row after strong fourth quarter led to a 63-47 win against Thompson on Feb. 9. (Reporter photo/Keith McCoy) 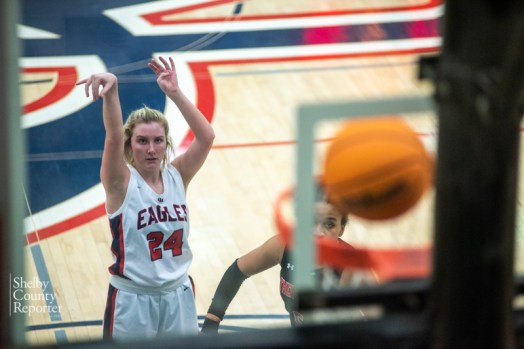 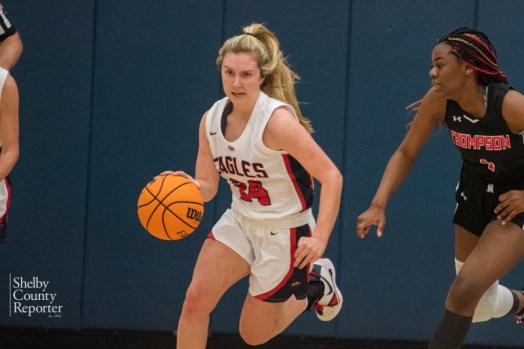 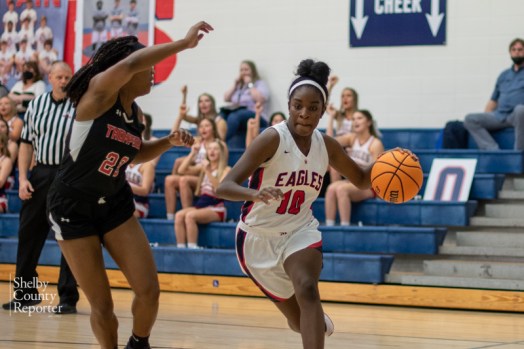 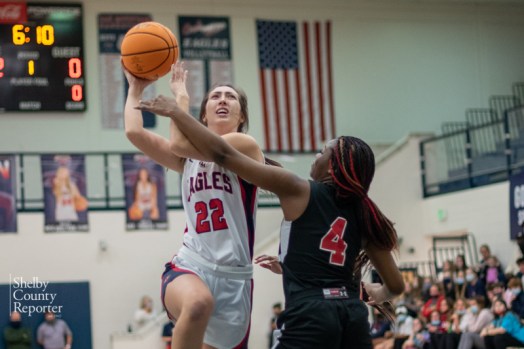 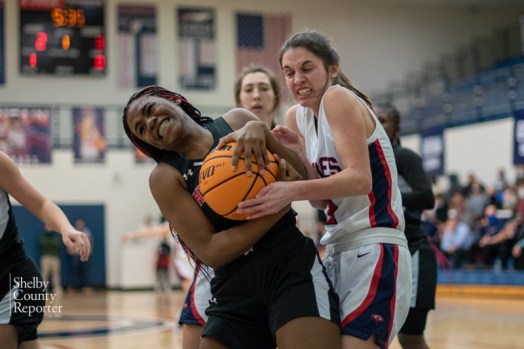 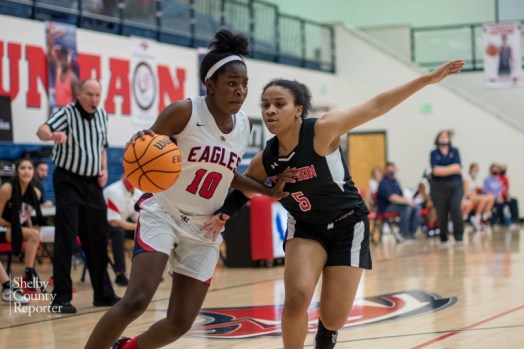 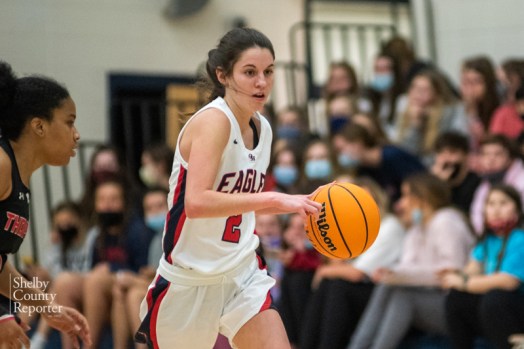 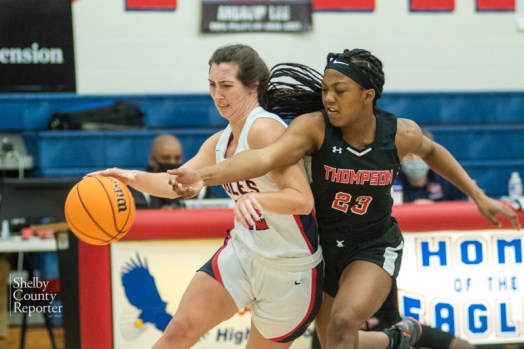 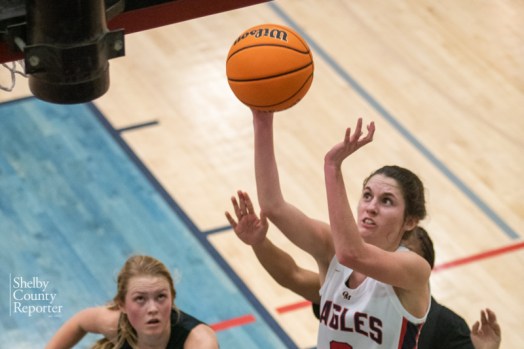 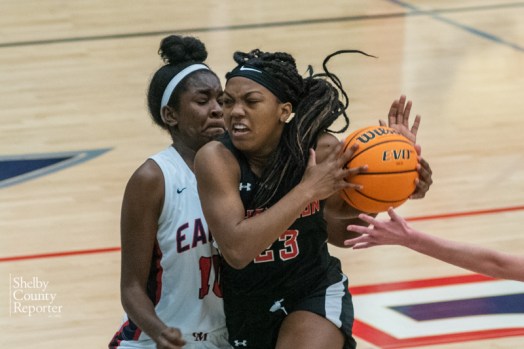 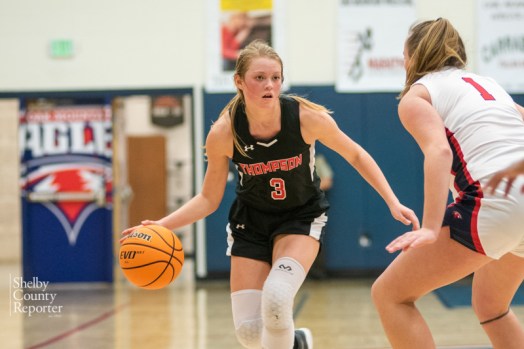 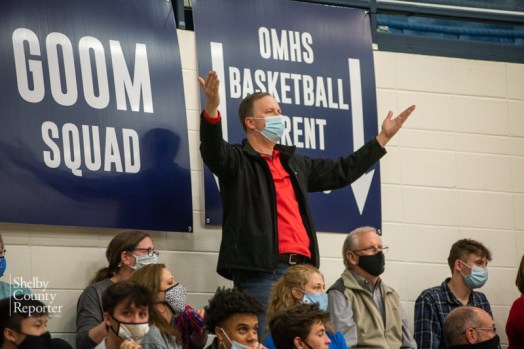 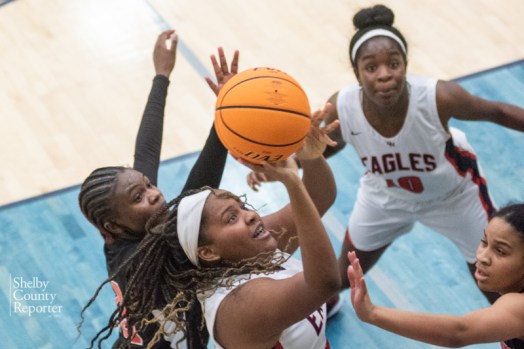 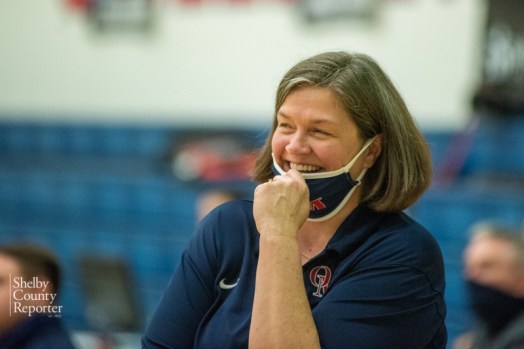 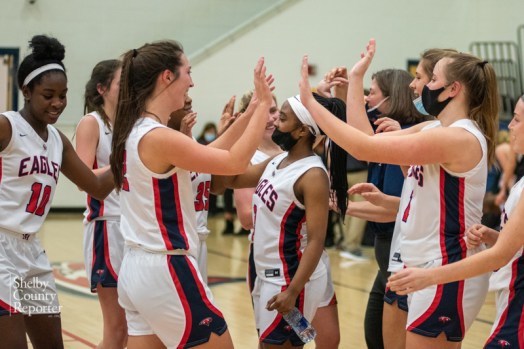 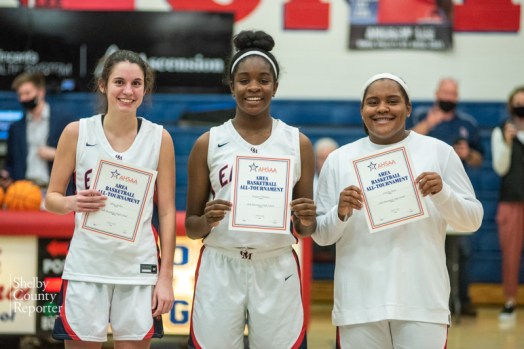 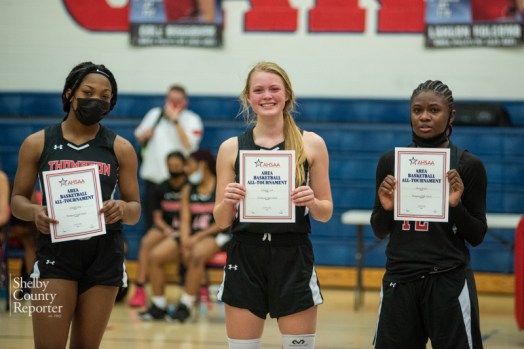 NORTH SHELBY – During the regular season, Oak Mountain and Thompson split their two matchups in area play, but on Tuesday, Feb. 9, there was much more on the line.

Following the 52-43 win by Thompson in the first matchup and a 45-34 win by Oak Mountain in the second matchup, the two were battling for a spot in the Sweet 16 during the first round of the area tournament on Tuesday with the outcome completely up in the air.

During the first matchup between the two teams, Thompson trailed 25-19 at the half but came back to tie the game 33-33 going to the final quarter and outscored Oak Mountain 19-10 in the final quarter to win 52-43.

But looking to make it to the Sweet 16 for the second year in a row, the Eagles knew what that sweet taste of victory was like, and they were determined to make it back.

Leading 39-35, Oak Mountain came out in the final quarter and did exactly what it needed to do to protect the lead.

The Eagles locked down defensively and capitalized at the free throw line.

Those four combined to make 12 free throws and scored 24 points, which doubled up Thompson’s points in the period to put away a 63-47 win and advance back to the Sweet 16.

That bookended an impressive offensive night from Oak Mountain, who scored 18 points in the opening quarter to take the early lead.

The Eagles got two 3-pointers from Sullivan and one from Gordon in the first quarter, while Whitaker and Shaw combined for nine points as well in the period.

That was part of what was a tight first three quarters between the two teams.

In the second quarter, Oak Mountain was able to extend the lead, but only by one point in a back-and-forth period.

The Eagles got seven more from Shaw, who finished the first half with 12 points. That, along with Julia Tucker making three of four from the free throw line, helped Oak Mountain score 11 more points.

Thompson was right on the heels of the Eagles with 10 points in the quarter thanks to four from Zyon Gaiters.

Nonetheless, the Warriors went into the break down by three points.

But they were right in the game, and that didn’t change in the third quarter.

Leading 29-26 heading into the third quarter, Oak Mountain got seven points from Whitaker in the frame to help post 10 more as a team, which again was one more than Thompson could score.

The Warriors were held to single digits for the only quarter of the game, as the Eagles took a 39-35 advantage into the final quarter.

Thompson got six points from Malaysia Samuel and Alecia Reasor in the fourth quarter, but trying to come from behind, the Warriors were forced to into fouling Oak Mountain to extend the game.

The Eagles capitalized by making 12 in the period, while adding six field goals to total 24 points and close out the win.

Oak Mountain was led by 20 from Shaw in the victory, while Whitaker added 18 points and Sullivan 12 points.

Thompson got 13 points from Reasor.

Oak Mountain will now play Hoover in the area tournament championship on Saturday before heading to the Sweet 16 the next week.