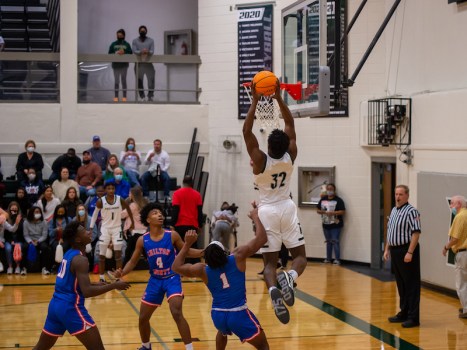 Pelham’s Kendan Maddox scores two of his 19 points in Pelham’s 68-40 win against Chilton County on Feb. 10 in the first round of the area tournament. (For the Reporter/Larry Dancy) 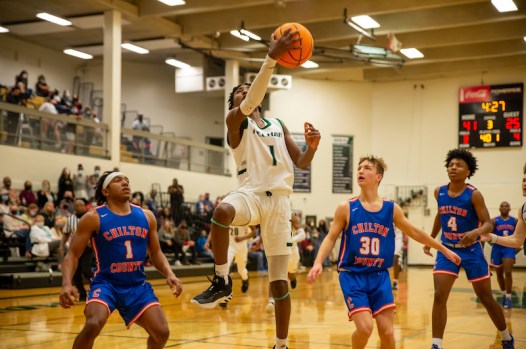 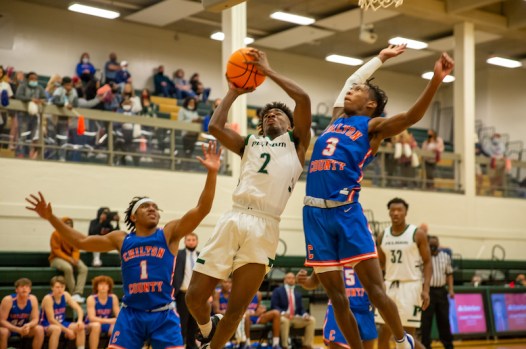 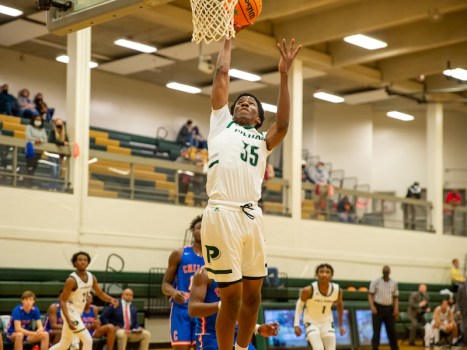 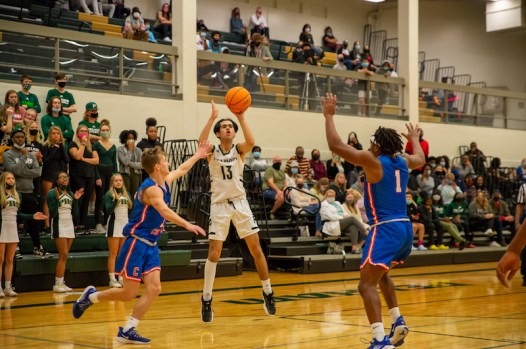 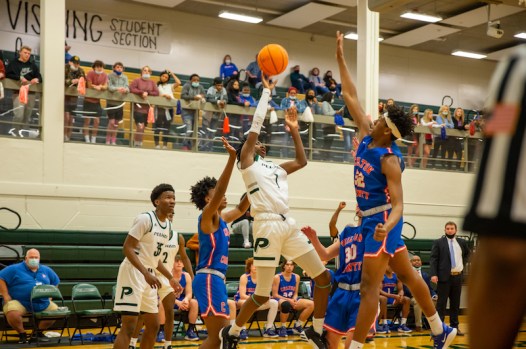 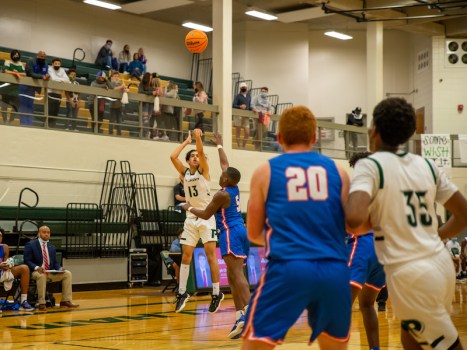 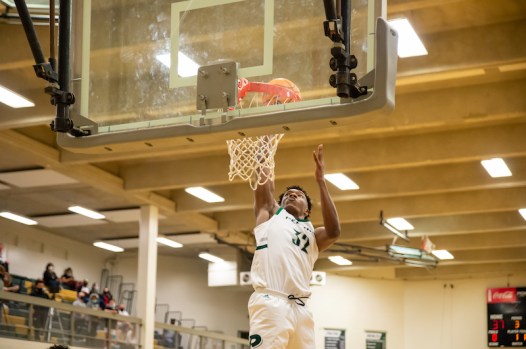 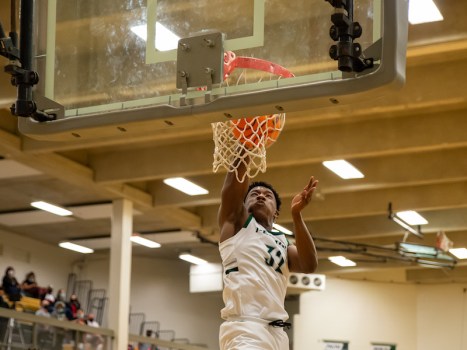 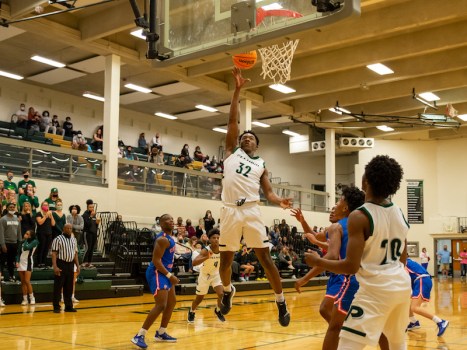 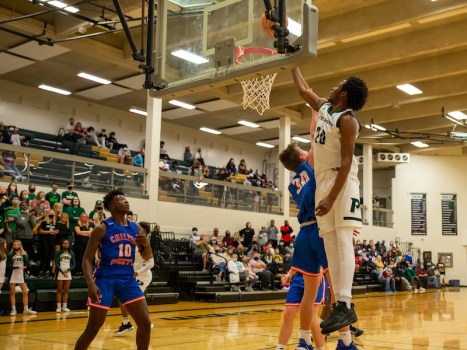 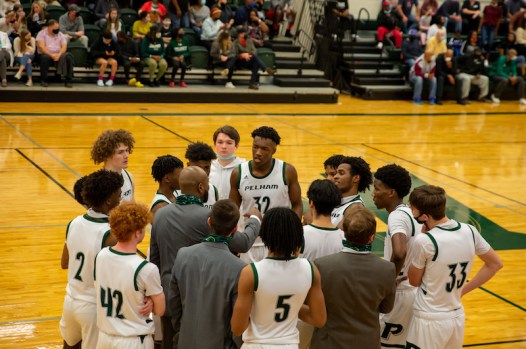 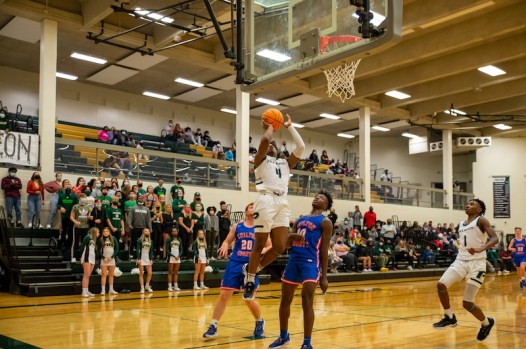 PELHAM – A difficult start to the 2020-2021 season is long in the rearview mirror now for the Pelham Panthers in their first year under head coach Greg Dickinson.

A season that started with injuries and several players battling COVID-19, which led to a 2-5 start to the season, has since seen the Panthers improve to 17-12 overall and earn a spot in the sub-regional round of the playoffs.

They earned that feat after taking down Chilton County 68-40 in the first round of the area tournament on Wednesday, Feb. 10 to keep their season alive.

It was a major bounce back for Pelham after the two teams split their two regular-season matchups in lopsided efforts.

Pelham, however, was able to earn home-court advantage in the matchup thanks to beating Helena twice this season, while Chilton County split with the Huskies.

Playing in front of their home crowd, the Panthers were determined and had an apparent advantage in every quarter of the game, which was their depth.

Early, it didn’t play as big of a factor as both teams were fresh to start the matchup, which led to a tight battle in the first quarter.

Roy Gonzalez and Kendan Maddox kick started the night for Pelham with four apiece in the opening quarter to help Pelham score 12 points in the period.

That was enough to earn the Panthers a four-point lead at the end of the first quarter after the defense held the Tigers to eight points.

Pelham’s depth then started to play a role in the second quarter, as the Panthers went on a run to eventually take a 12-point lead in the period.

Myles Wynn made two 3-pointers in the frame, while Kamari Hollis also added six points behind four free throws and a field goal.

The offensive prowess helped Pelham extend the lead to 11 points at 31-20 going into the halftime break.

But that was just the start of an impressive stretch for the Panthers.

They came out in the second half confident on the offensive end, which led to 24 points. Maddox scored eight points, while Darius Copeland and Will Lankford both scored four points in the period to help Pelham bust open the game by taking a 55-31 advantage.

That was more than enough to put the game away, as the Panthers only gave up nine more in the final quarter and scored 13 on the offensive end to cap off the 28-point win.

Maddox led the way for Pelham with 19 in the victory, while Wynn added 10 points. The Panthers also got six apiece from Hollis, Gonzalez and Lankford.