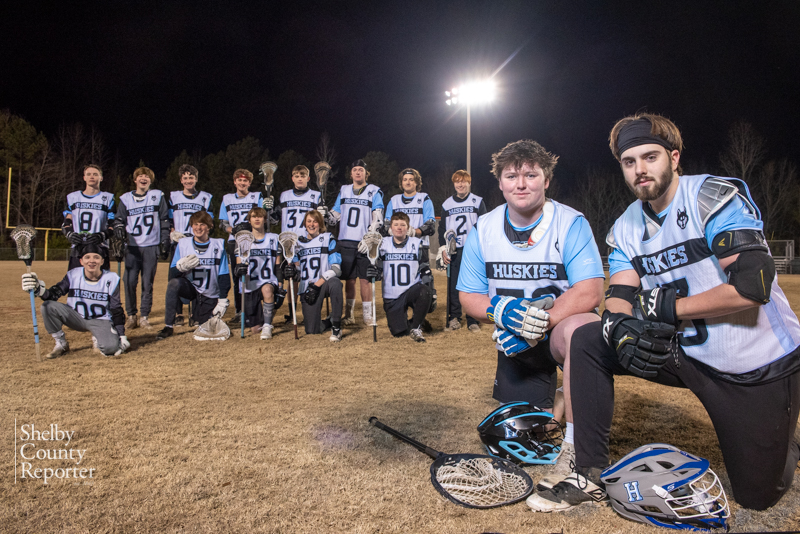 HELENA — After some careful planning and organizing, Helena High School now has a lacrosse team, which will bring one of the oldest organized sports in North America to the school for the first time.

According to the team’s coach, Mike Honeycutt, before this there were very few options for Helena students to play the sport, and he saw it as an opportunity to set up a league for the sport that he says is unique when it comes to high school sports.

“It is an amazing sport a lot of people in the south don’t know about. It’s the fastest game on two feet. I like how different the contact and the physicality of it is,” Honeycutt explained. “It’s a different type of thing. It kind of takes hockey, soccer and basketball and makes them all into one.”

Honeycutt said he and some others got together and began looking for field space, getting permissions and insurance, and eventually recruiting players for the team.

“When we started advertising, we knew that we needed to reach a goal of 15 players. When we reached that, we just started practicing and playing,” Honeycutt said. “Our goal is to have a boys and a girls high school team. But we were not able to get the girls participation all the way there, so we will focus on that in the future.”

Aside from the thrill that the game provides, it also gives valuable opportunity to students at HHS who play other sports, but because of the number of players they might not get to play as often.

“It brings an alternative route to the kids who are on the football team who are third string and don’t get to play. This gives them an opportunity to get into a sport while they get playing time,” he said. “Because of Helena being so big they just don’t get to show their athletic potential, but this allows them to come out and learn the sport and actually shine at something and get that opportunity that they might not another sports.”

The team has spent a lot of time practicing and getting ready for their season. Honeycutt said they will play from the end of January through the end of April, and then championships after that if they make it that far.

The team’s members are already showing their excitement and dedication to leading the inaugural year of the sport at Helena.

“Everybody seems to love it so far. It’s taken a hot buzz. We still have people contacting us, and we are still taking kids on the team even though the season has already started,” Honeycutt said. “Some of these kids are the ones that played before and are in their natural environment so they are having fun helping grow this program. The ones that haven’t are eating, sleeping and breathing it right now.”

There has also been a great response from the community with a lot of interest in how it develops over time.

Overall, Honeycutt hopes that the community will come out and support the boys on the team, because they have been working so hard to make this a great year.

“Come support them in their home games. We are looking for more lacrosse stuff. We are always looking for players, and we just want to grow the program for the youth. We want to get the girls division going also,” he said.

The games usually take place on the weekend, with homes games at Helena Middle School’s football field. There are 15 regular season games for the year, so there are plenty of opportunities to see the team.