Matthew Martindale, director of bands at Shelby County High School and Columbiana Middle School, joins 39 other innovative, creative and impactful music educators under the age of 40 who exemplify the highest level of music education in the United States.

Martindale said he felt the pressure of taking over the Pride of Shelby County Marching Band – a program with a storied history – and replacing a director who retired after more than 20 years. 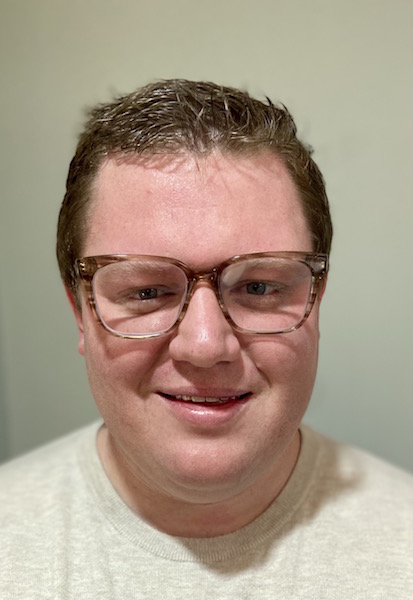 “The students and community truly embraced me,” Martindale said. “I knew this was going to be a special place when a senior trombone player said, ‘Welcome to the family,’ early in the school year. As the year progressed, the students started calling me ‘Martindad,’ and our teacher/student relationships continued to grow.”

Even though the Pride of Shelby County is the oldest band in the county, it is also the smallest and needed many upgrades.

In his first year, Martindale wanted to replace the band’s uniforms, which were 18 years old.

He worked with the boosters to fund a portion of the cost, and he also launched a capital campaign and secured sponsorships that brought in more than $15,000, enough to purchase uniforms.

“This will allow our beginner band students to participate for free for many years to come,” he said. “This increased enrollment in band across both Columbiana Middle School and Shelby County High School.”

During his second year, Martindale changed the music the band performed from classic rock to a completely different Dia De Muertos halftime program he created that “introduced the students and our small rural community to this Spanish style of music and pageantry.”

“This creative move won the band recognition as ‘Best in Class’ in all categories at a competition that year,” wrote a parent in one of Martindale’s 40 Under 40 nomination letters.

After winning, his students continued to improve and increased their scores dramatically at the last competition.

“If you can get your students to realize that competition is only one aspect of growth and that improvement is more important, then you can be happy as a director,” Martindale said.

The 40 Under 40 music education advocacy program was established by Yamaha to celebrate music educators at all grade levels, public or private, as well as private music instructors, selected from hundreds of music education leaders nominated by students, parents, other teachers or administrators, local instrument dealers and mentors last fall.

All recognized educators possess qualities such as action, courage, creativity and growth.

The honorees were selected based on their ability to proactively take the necessary steps that lead to a stronger music program; propose and implement new or bold ideas; show innovation and imagination in achieving plans and objectives; and establish and grow or improve music education in their schools and communities.

“Despite immense challenges, educators are undertaking the most innovative, creative and impactful programs to truly make a difference in strengthening music education nationwide,” said Heather Mansell, segment marketing manager, Education, Yamaha. “Yamaha shares the same commitment to high-quality music education for all, and we look forward to supporting and encouraging the efforts of these 40 outstanding educators and the thousands more like them across the country.”

Get to know Athlete of the Week Gracely Alice…