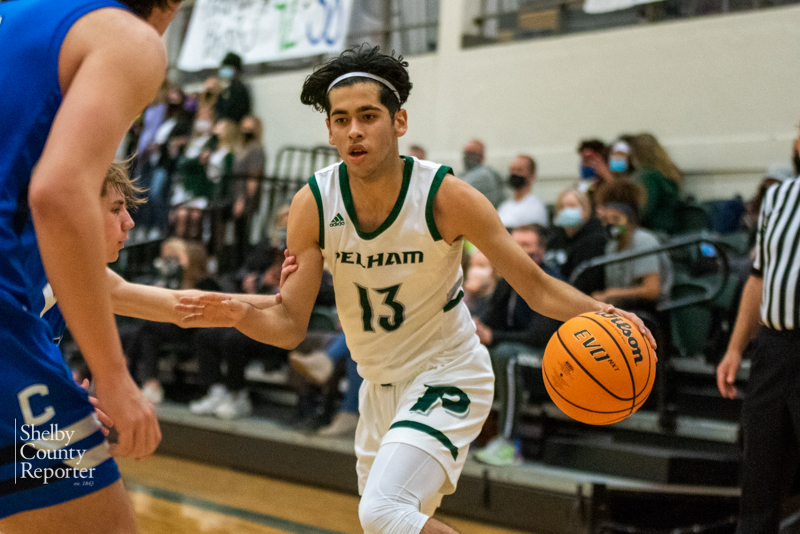 Pelham's boys basketball team advanced to the sweet 16 for the second year in a row on Wednesday night with a win against Wetumpka. (File)

By DARIUS GOODMAN | Special to the Reporter

For the second year in a row, the Pelham Panthers are headed to the Sweet 16 after pulling off a road upset.

Last year, it happened on a miraculous shot from Kendan Maddox with 0.3 seconds to play in a 39-38 win against Russell County to earn a spot in the Sweet 16 for the fourth time in school history.

This season, it was a 21-point fourth quarter against Wetumpka that made the difference, as the Panthers overcame a one-point deficit going into the final quarter to pick up 56-50 win and get that sweet taste of being one of the final 16 teams for the fifth time.

Wetumpka started out the game with a quick lead, but Pelham was able to match and then snatch the lead in the first few minutes.

The Panthers refused to hand over the lead in the first quarter and managed to maintain it for much of the night. But Wetumpka didn’t go quietly into the night as the Indians trailed by just two points, 12-10, at the end of the first quarter.

The Indians woke up in the second quarter, but after putting up five quick points, the Panthers marched their lead out to six at 21-15. Wetumpka couldn’t catch back up completely and the Panthers went on to extend their lead to 27-20 at the half.

The second half became even more interesting as Wetumpka battled back into the game in the third quarter, which made the Indians’ crowd a factor.

Wetumpka used a 14-6 run through the first 5:38 of the third quarter to storm in front, 34-33. The Indians went on to take a three-point advantage late in the quarter, before taking a one-point 36-35 lead into the final quarter.

That led to a battle throughout the final period, but Pelham started the fourth on a 9-4 run to regain the lead by four points with 5:43 to play.

Wetumpka came right back to make it a two-point game, but three more points from the Panthers put them back in front by five with 3:30 left.

That was part of a 6-0 run that went on to put Pelham up by eight points in the final three minutes of the contest. Wetumpka got as close as five points with 1:20 on the clock, but the hot touch of the Panthers in the final quarter was too much to overcome.

They were led by senior Kendan Maddox and junior Jordon Holloway with 13 points, but most impressive was the balance. The Panthers had eight different players score in the win. Roy Gonazalez was the team’s third leading scorer with nine points on three made 3-pointers.

Pelham will now host Spanish Fort on Friday night looking to win and advance to the Elite Eight.