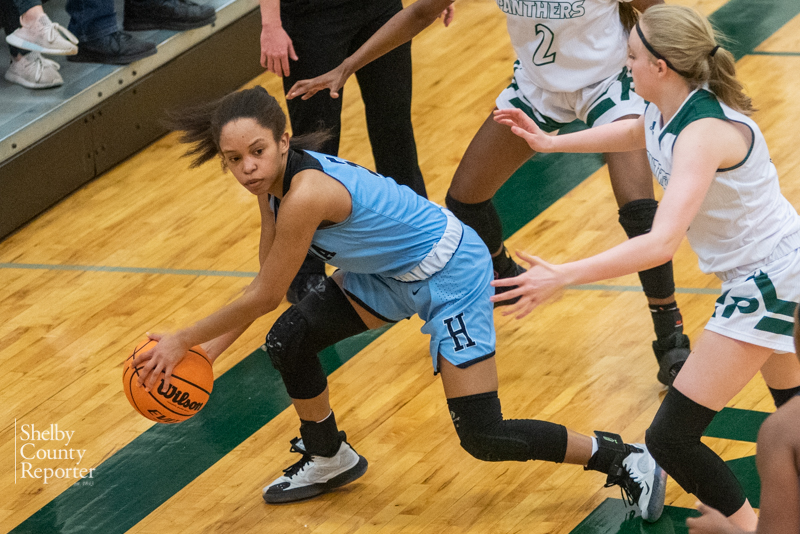 Helena’s girls basketball team had its season end on the road against Wetumpka on Feb. 17, after a comeback attempt fell just short. (File)

WETUMPKA – One of the best seasons in school history may have ended on Wednesday, Feb. 17, for the Helena girls basketball team, but it didn’t come without a little fight.

The Huskies, like they have much of the season, battled until the final buzzer thanks to their senior leadership.

After scoring just three points in the opening quarter and falling into an early 11-3 deficit, the Huskies battled back within four points at the end of the second quarter. But they never could overcome the early deficit and went on to lose to the Indians 54-48.

The close loss wasn’t something new to Helena, whose area losses all came by eight points or less. As heartbreaking as that was for the Huskies after the game, however, it was a testament to the leadership shown this season, which head coach Alan Skinner hinted at following the loss.

“When the season ends in the playoffs, big games can lead to big disappointment,” he said. “One way I cope is appreciating that my girls put us in the position to be in big games in the first plays. I hate it for a special group of seniors, but our program is better because of them.”

Three of those seniors included Montana Harris, Kya Gardner and Jessica Powell, who all had special runs as starters during their final season.

Powell was the leader in her final game as a Husky after scoring 16 points in the loss.

She was a big reason Helena was able to claw back into the game in both the second and fourth quarters.

In the second quarter, she poured in nine points to help the Huskies post 13 as a team as they got back within four points at the half.

The Indians came back and had a strong third quarter with 16 points, which helped them extend their lead back to eight points at 36-28 going into the final quarter of play.

That’s when Powell turned up the effort again.

She went out with a bang, scoring seven more points in the final quarter, while Harris and fellow senior Brianna Wilson contributed to the comeback effort with five more points.

Helena went on to outscore Wetumpka 20-18 in the quarter, posting its best offensive quarter of the game, but the Indians made seven free throws in the final quarter and got nine total points from Janae McCall to cement the win.

McCall was difficult to stop all night and a big reason Wetumpka was able to advance thanks to scoring 25 points in the win.

Powell’s 16 led the way for Helena, while Harris added five and Gardner posted eight, all in the third quarter to keep the deficit from reaching double figures. Wilson added seven in her final game as well.