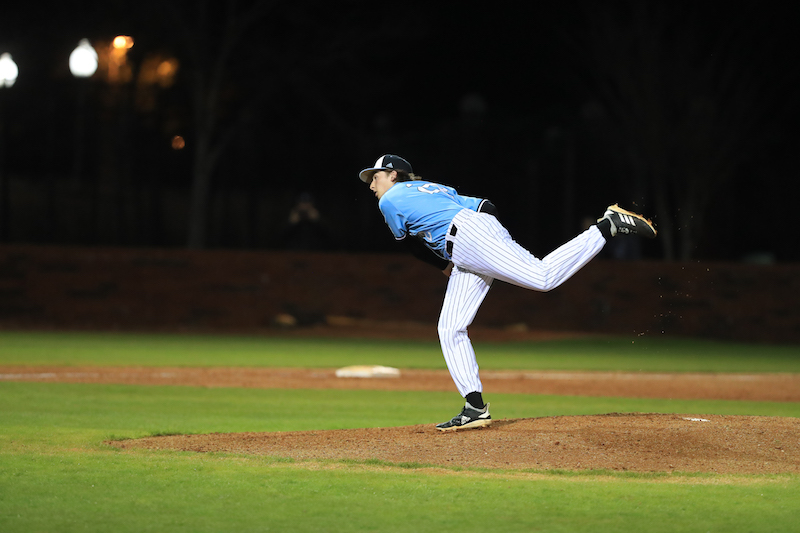 Spain Park opened the 2021 baseball season with a 6-2 victory against Gardendale on Feb. 17. (File)

GARDENDALE –  After battling to a 2-2 tie through four innings of play, the Spain Park Jaguars broke the tie in the final two innings by scoring four combined runs to pick up an opening-day, 6-2 win against Gardendale.

The Jags used five hits, three pitchers and the late push to pull off the victory, which was a welcome sight after close to a year with no baseball due to last season coming to an abrupt end.

Spain park looked excited to be back on the diamond by the fireworks from the offense early in the game.

In the top of the second inning, the Jaguars got back-to-back doubles from Cole Edwards and Michael Glick to lead off the frame. Glick’s ended up being an RBI double after he drove in Edwards.

Later in the inning, the Jaguars added a second run on a sac fly from Conner Eberhardt.

It seemed like Spain Park was in line for more runs in the inning, but the offense never did fully capitalize.

In the bottom of the fourth, after a quiet first three innings, Gardendale finally got on the board thanks to a two-out rally. Spain Park made unforced mistakes with an error, a wild pitch and two walks, which ultimately ended with the Rockets bringing home two runs to tie the game 2-2.

Spain Park took a while to replicate the baserunners produced in the first inning, but that finally happened in the top of the sixth.

A leadoff single from Ryan Cole put a man aboard with no outs. After a strikeout, Glick walked to put runners on first and second, then Charlie Goodwin grounded into a fielder’s choice that brought home Cole to break the tie and make it 3-2.

Spain Park came right back in the top of the seventh for some insurance runs. The Jags took advantage of an error and a walk through the first two batters before Ethan Smallwood doubled to left field to bring two runs home.

An error on a ground ball from Trent Thompson then brought home the game’s final run one batter later.

Smallwood, Thompson, Cole, Edwards and Brooks Ballintine all had one hit in the game. Smallwood led the way with two RBIs, while Eberhardt, Glick and Goodwin each had one RBI.

Copenhaver got the start on the mound and allowed no hits while striking out three and walking three in two innings of work. Jake Majors followed that by allowing two hits, two unearned runs and three walks with four strikeouts. Harrison Holcomb closed out the final three innings, matching Majors’ strikeout total of four.