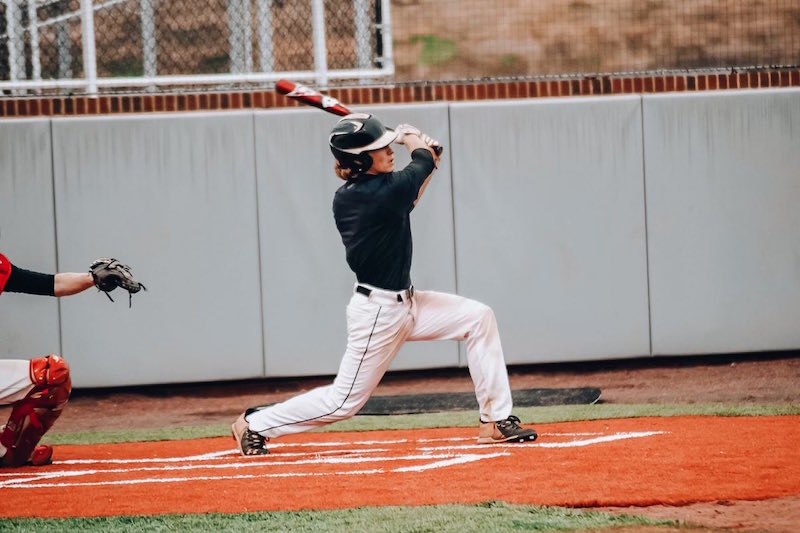 The Thompson Warriors put together a combined 18 runs in their first two games of the 2021 season to split games with Central-Phenix City and Marbury. (Contributed/Thompson Baseball)

ALABASTER – A promising 12-6 start to the 2020 baseball season was all for nothing after COVID-19 struck and forced the Thompson Warriors’ baseball season to end two months early.

But on Wednesday, Feb. 17, the Warriors hit the diamond once again to open the 2021 season and put together two solid performances against Central-Phenix City despite a 1-1 start on opening day.

They opened with an 10-7 loss to Central-Phenix, but even in that loss there were promising signs with a seven-run fourth inning.

That seemed to wake up the offense for game two against Marbury as the Warriors bounced back with an 11-7 victory against the Bulldogs thanks to runs in four of the six innings.

In the opener, Thompson fell behind 9-0 after the first two innings and 10-0 after the top of the fourth, but the Warriors mounted a special comeback attempt in the bottom half of the inning.

The inning started with a walk from Braxton Turnbow before the first out was recorded. That was followed by a single from Mac Bowman before a strikeout put two outs on the board.

That’s when the Warriors struck.

A walk from Logan Braunschwig loaded the bases before a single from Aaron Shoop drove home the first run of the game.

Cade Watts was hit by a pitch to bring home Shoope, then Ben Pearman singled to left field to drive home two more runs and make it 10-4.

Andrew Layton walked to quickly load the bases and get the Warriors through the order. That brought Turnbow back to the plate, who doubled to left field to clear the bases and make it 10-7.

Unfortunately, that became the final run of the game, as the comeback attempt fell short.

Pearman led the way for the Warriors in the game with a 2-for-3 effort at the plate with two RBIs, while Turnbow finished 1-for-1 with three RBIs and two walks.

Pearman also had four strikeouts on the mound.

Thompson got off to a much better start in game two thanks in large part to Gavin Chandler’s impressive three innings on the mound. He allowed two hits and struck out two in the start for the Warriors.

That allowed them to jump out to a 7-0 lead after the offense put up seven combined runs between the second and third innings.

Thompson scored two in the bottom of the second thanks to back-to-back one-out walks, which paved the way for Jeremiah Holladay and Devin Brooks to score on a fly ball from Tristan Woody.

One inning later, Thompson got three consecutive singles from Shoop, Watts and Pearman to lead off the inning and load the bases with no outs. An error, a walk and a groundout led to three runs crossing the plate before an RBI single from Braunschweig drove home both Brooks and Woody to make it 7-0.

Chandler, Harrison Griffeth and Paracca combined for eight strikeouts in the win, with Griffeth leading the way thanks to five.

Pearman was the leader at the plate with a 3-for-4 performance with an RBI, while Braunschweig added two RBIs. Watts and Shoop finished with two hits, while six total had RBIs.