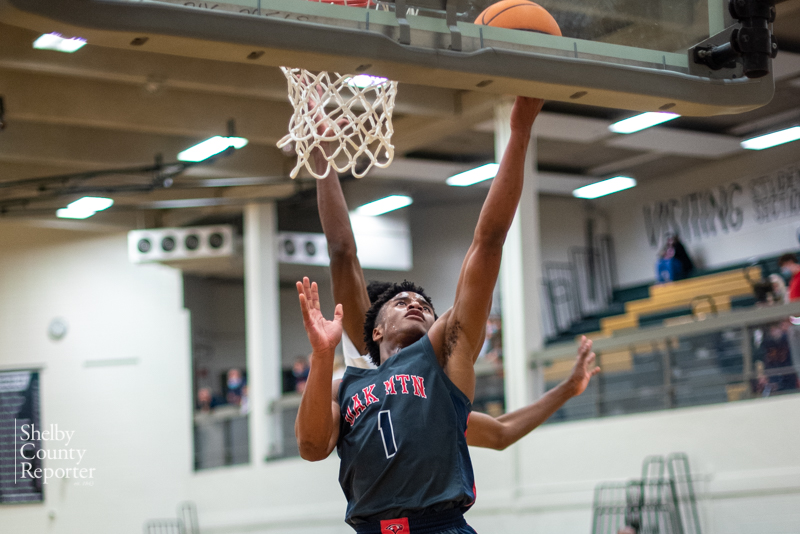 The Oak Mountain Eagles advanced to the Elite Eight on Friday, Feb. 19, thanks to 16 free throws in the final quarter to pull away from James Clemens. (File)

MADISON – Last year wasn’t just a flash in the pan for the Oak Mountain Eagles. That historic first run to the Final Four was memorable, but the 2020-2021 team is creating its own magic after advancing to the Elite Eight for the second year in a row on Friday, Feb. 19.

Taking on James Clemens in the Sweet 16, the Eagles took a three-point game at the half and pulled away in the second half for a 64-53 and are now a win away from advancing to a second straight Final Four.

Oak Mountain was able to take an early lead in the game in large part due to Will Shaver in the post. The junior scored eight points in the first quarter and helped the Eagles take an 11-6 lead.

James Clemens, however, put together a 5-0 run between the end of the first quarter and start of the second quarter to tie the game 11-11. That was part of a stretch that saw the Jets outscore Oak Mountain 11-4 to take a 17-15 lead.

The two teams battled back and forth with James Clemens leading as late as 21-20 before Oak Mountain ended the first half on a 6-2 run to take a three-point lead into the break.

That seemed to give the Eagles something to build off of going into the half.

They came out in the second half determined and it showed with a quick 9-0 run that pushed their lead to 10 points at 35-25 midway through the period.

Oak Mountain eventually extended that run to 13-2, which gave the Eagles their largest lead of the game at 39-27.

But with their season on the line, the Jets upped their urgency, which led to an answer. They ended the third quarter on a 9-3 run to cut Oak Mountain’s lead to six points and give themselves a chance going into the final eight minutes.

James Clemens quickly extended the run to 11-3 and trimmed the deficit to four points on the first basket of the final quarter, but the uphill battle became too much.

Not only had the Eagles worn down James Clemens throughout thanks to playing with the lead, but they held the lead in the final minutes as a strong free-throw shooting team.

They went on to make 16 free throws in the final quarter, which was just one less point than James Clemens had as a team. It was part of a 22-point final quarter, as Oak Mountain pulled away for the 11-point victory.

Noah Young led the way in the win with 18 points and was one of four players to finish in double figures. Shaver added 14 points, while Brady Dunn and Evan Smith finished with 13 and 10, respectively.

With the win, the Eagles not only advanced back to the Elite Eight for the second year in a row, but picked up their 21st win of the season to improve to 21-9, slightly better than last year’s team, which finished 18-10.