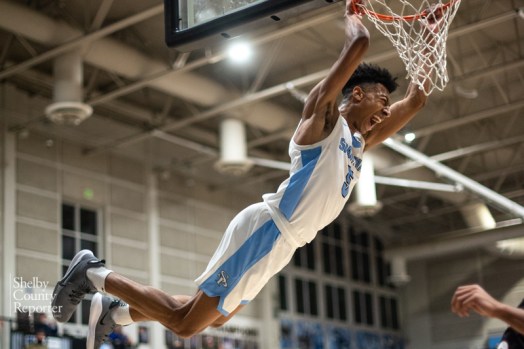 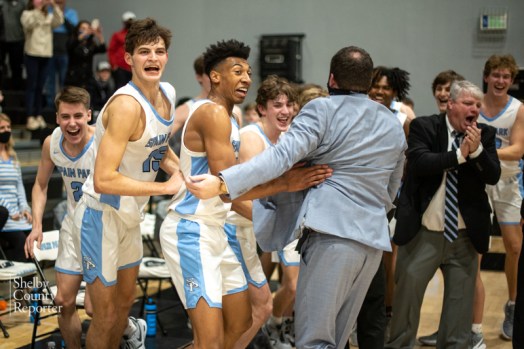 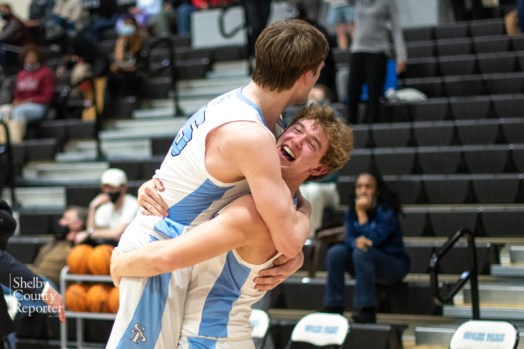 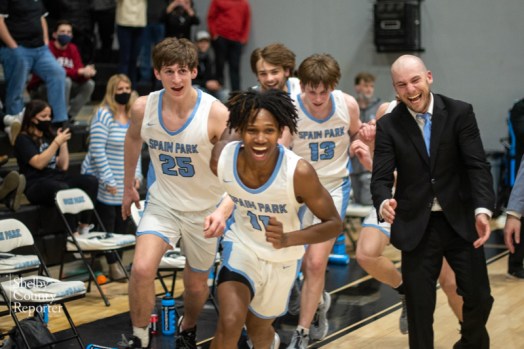 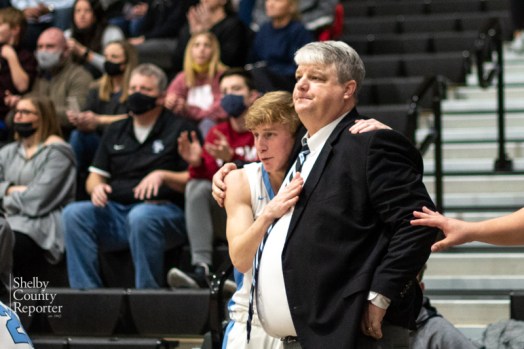 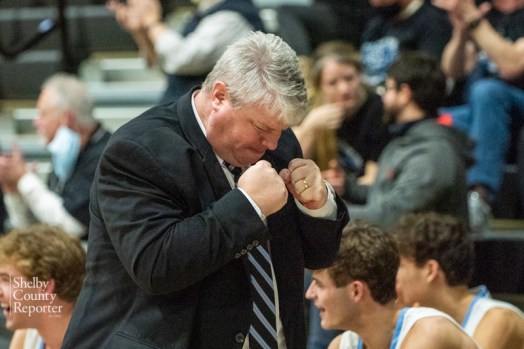 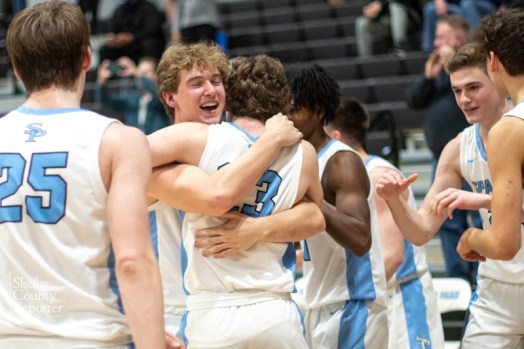 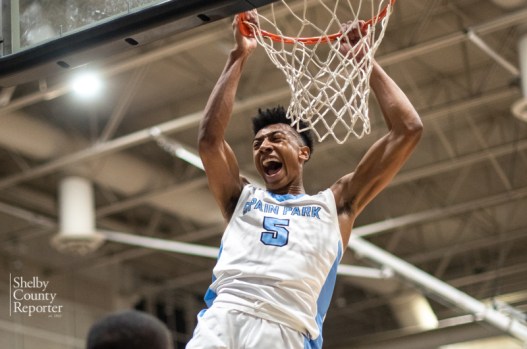 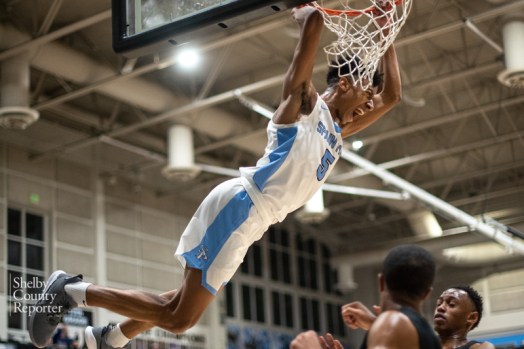 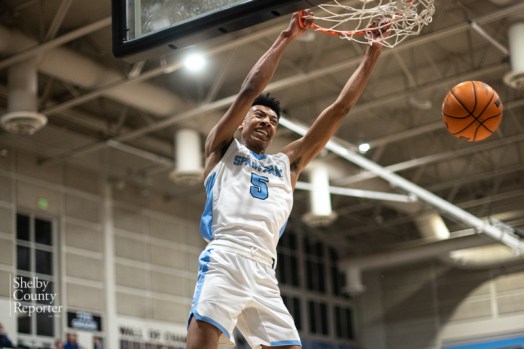 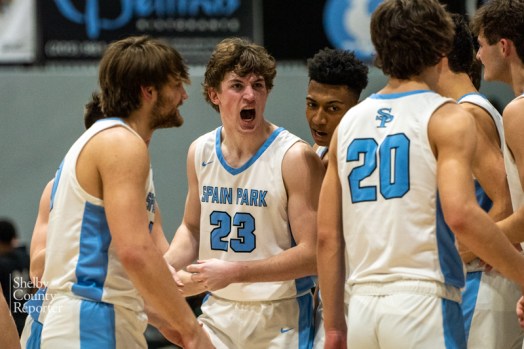 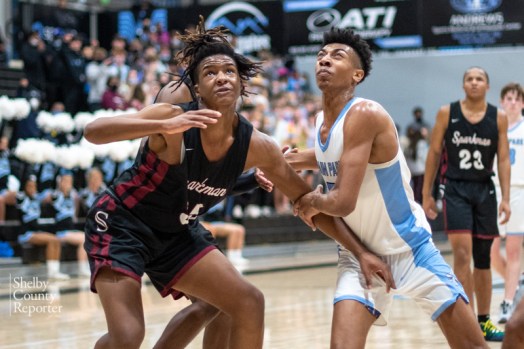 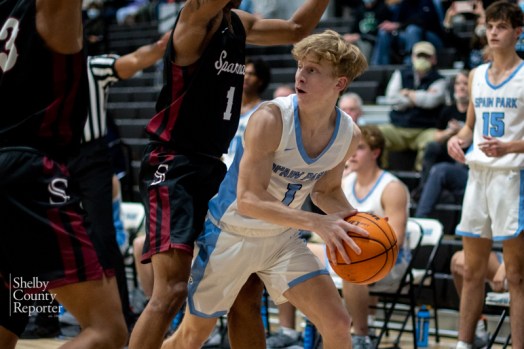 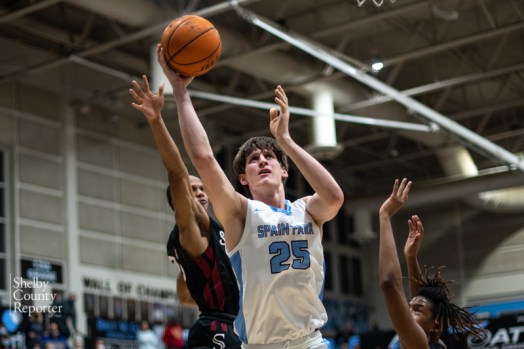 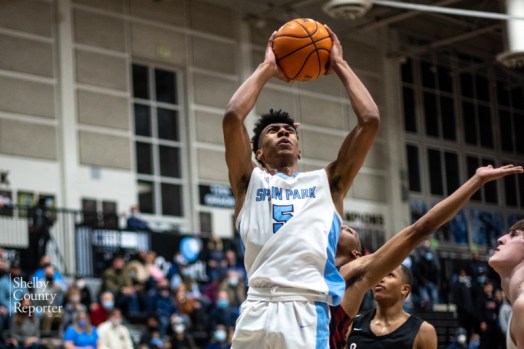 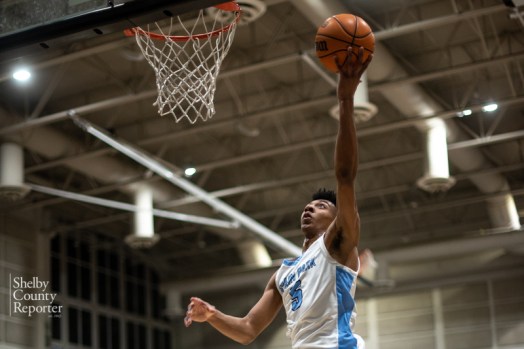 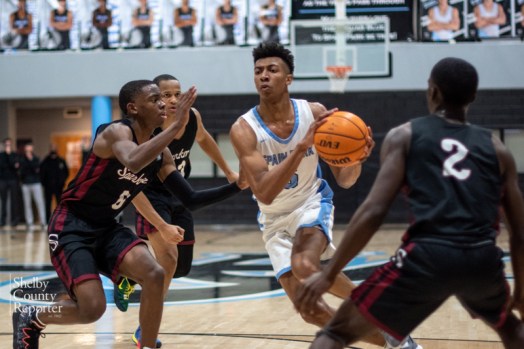 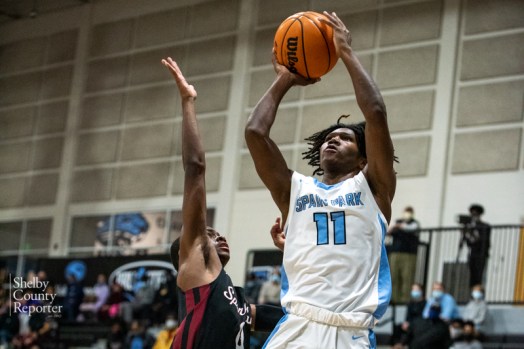 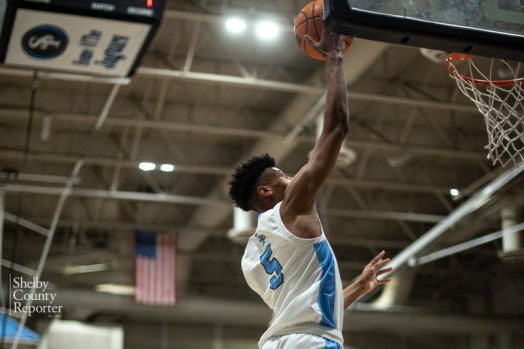 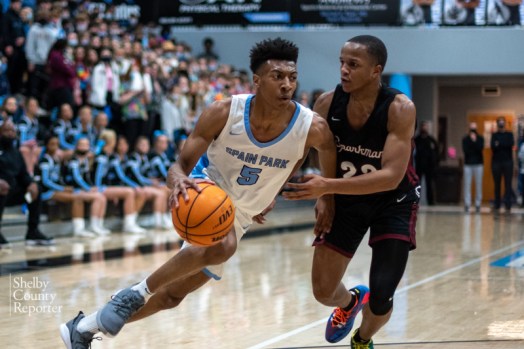 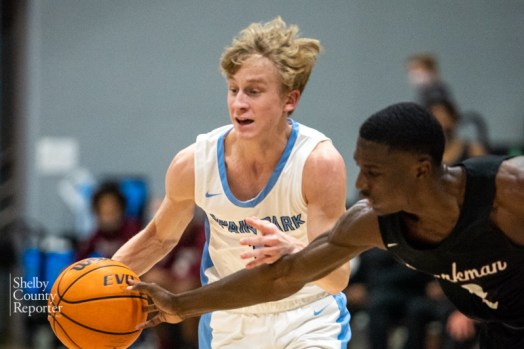 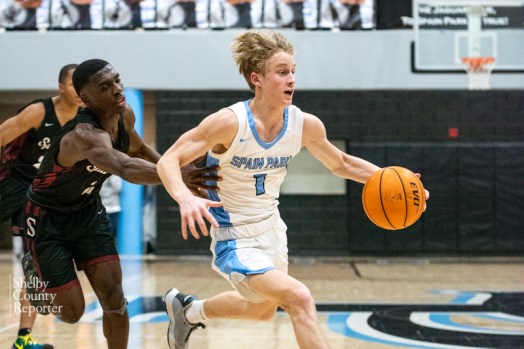 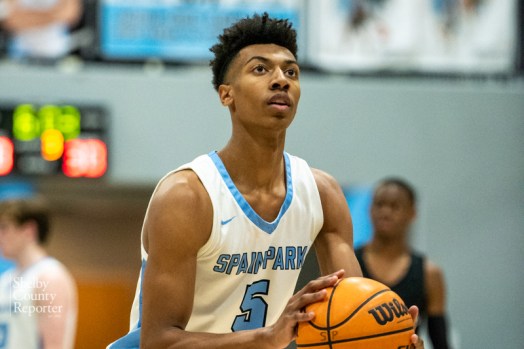 HOOVER – Down 44-42 early in the fourth quarter, the Spain Park Jaguars decided to will themselves to victory on Friday, Feb. 19, in a Sweet-16 matchup with Sparkman.

The Jags started the quarter with a strong move from J.R. Lambert, who grabbed a rebound and went coast-to-coast for a layup, before Colin Turner used his physicality in the post to give the Jags the lead for good.

His and-1 with 4:55 to play put the Jags in front 45-44 and was followed by another powerful move from the big man a possession later when he fought through contact for another layup. He didn’t convert the and-1 this time, but Turner put the Jaguars in front 47-44.

After Sparkman cut the deficit to 47-45, Spain Park’s Blake Floyd extended the lead back to four with two free throws before Cam Crawford put the exclamation on the game.

The senior nailed a 3-pointer with just more than a minute to play and preceded to backup down the floor strumming a guitar with three fingers pointed out in celebration to play a little string music.

If that wasn’t enough of a dagger, Crawford’s next points were. Taking the ball out on the sideline in front of Spain Park’s bench, the senior tossed the ball in to Turner, then sprinted by a defender guarding too close. Turner hit Crawford in stride, who threw down a dunk that cemented a second consecutive trip to the Elite Eight for Spain Park.

Spain Park went on to win 55-45 to pick up their 26th win of the season, which marks the second most in school history and puts the Jaguars three wins from breaking the school record for wins. Three more wins would not only break the tie, but would give them the most wins in school history.

Early in the game, the Jags got off to a solid start offensively thanks to three combined 3-pointers from Crawford and Braden DiClemente as well as seven points from Turner.

That was good enough for 16 points, but the defense struggled with the guard-heavy Sparkman team. The Senators made several mid-range jumpers and got two 3-pointers from Nick Sawyer to match Spain Park’s 16 points in the opening quarter.

The Jags had that same issue in the second quarter, as Sparkman knocked down two more 3-pointers and four field goals in the quarter to post 14 points.

Spain Park got four more from Turner and four from J.R. Lambert in the quarter, but only three points beyond that as Sparkman took a 30-27 lead into the half.

The Jags, however, made adjustments early in the third quarter to loosen up and play better on both ends of the floor.

They started the third quarter with a give-and-go to Floyd before Crawford scored four straight points to put Spain Park in front 33-30.

But Sparkman had an answer.

The Senators went on a 7-0 run to jump back in front by four points and ended the quarter on a 14-7 run to take a 44-40 lead into the final quarter.

With their season on the line, the Jags knew they needed a final push, and they got it late in the third and into the final quarter thanks to their physicality.

After falling behind 44-38 late in the third quarter, Crawford scored on a second-chance basket to end the period, which sparked a 9-0 run between that basket and the baskets from Lambert and Turner to start the final period.

That put the Jags in front by three and they never trailed the rest of the way.

Crawford led the way for Spain Park with 18 points, while Turner finished just behind with 16. Lambert added six points, while Josh Harrington, Floyd and DiClemente all had five points.