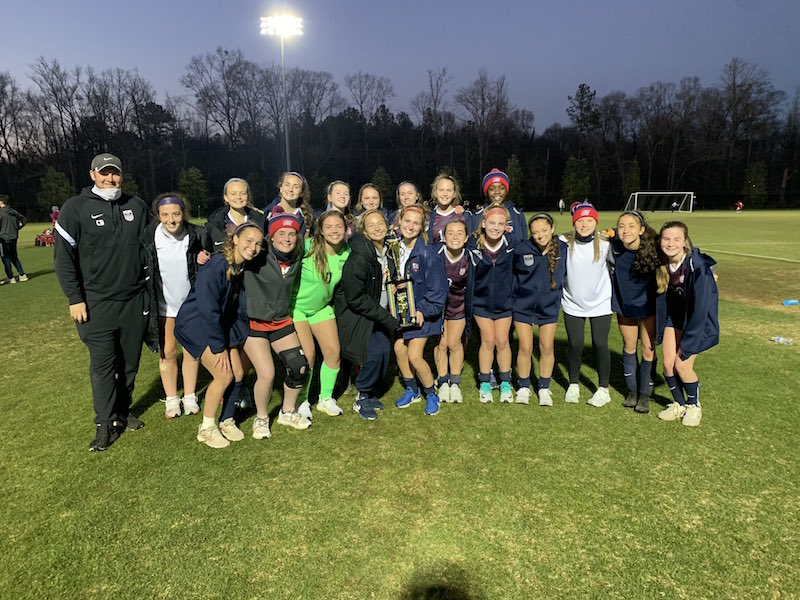 The Oak Mountain girls added to an impressive start by finishing 4-0 in the Lakeshore Shootout to win the Platinum Division and improve to 7-0 on the season. (Contributed)

Two of Shelby County’s best girls soccer teams coming into the 2021 season proved they will be a force this spring after dominant performances at the Lakeshore Shootout tournament between Thursday, Feb. 18 and Saturday, Feb. 20.

Both Oak Mountain and Pelham won the championship in their respective classification and remained undefeated this season by doing so.

Oak Mountain entered the tournament 3-0 with shutout victories against Cullman, Huntsville and Chelsea. The Eagles beat Cullman 6-0, Huntsville 2-0 and Chelsea 3-0.

The Eagles started the tournament with a top-five battle against county foe and rival Spain Park.

Oak Mountain scored two goals and continued a strong defensive effort with its first of three shutouts in the tournament.

The Eagles came back the next night against LaGrange High School from Georgia and put together another strong showing with a 4-0 shutout to improve to 5-0 on the season and gain a perfect 10 points on the 10-point score system.

That led into Saturday’s final day with the Eagles looking to put away the championship in the Platinum division.

They went on to seal the title in their first game Saturday with a 6-0 performance against Northridge, which brought the shutout streak to six games to start the season.

Oak Mountain closed the tournament out with a matchup against No. 6 James Clemens, and while the Eagles gave up their first goal of the season, they won their fourth game in 48 hours and improved to 7-0 on the season.

The Eagles have now won 17 games in a row dating back to last year and haven’t lost a game in 21 consecutive matchups, with last year’s only blemish a 1-1 tie against Huntsville.

Their last loss came against Vestavia Hills in the playoffs in 2019 by a final of 1-0.

So far this season, Oak Mountain has outscored its opponents 25-1 with six wins against top-six teams in either the 6A or 7A classifications and one against a top team from Georgia. 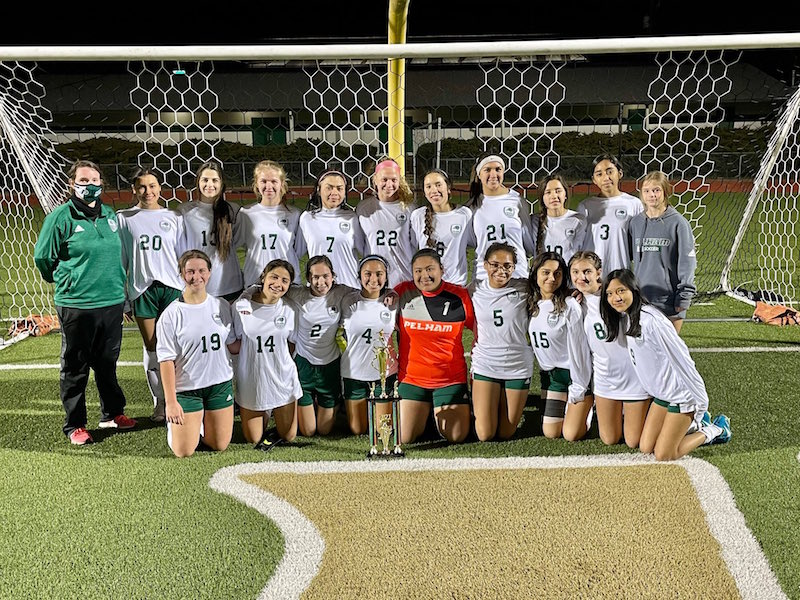 Pelham’s tournament was also a special ride with three wins in less than 24 hours.

The Panthers entered the tournament with a 6-0 win against Carver to open the season on Feb. 9, giving them some early-season confidence.

Taking on Hartselle in the opening game of the Bronze division, Pelham put together its best performance of the shootout with a 4-0 shutout to gain a perfect 10 points on the 10-point scoring system.

That was followed by a 2-0 shutout victory against Leeds the next morning to improve to 2-0 in the tournament and gain nine more points to remain in the battle for the championship.

But the final game of the tournament proved to be the most challenging and gave Pelham its first chance at adversity this season.

Early in the matchup with Mortimer Jordan, the Panthers played strong defensively but still gave up their first goal of the season to fall behind 1-0.

With the offense taking time to warm up, Pelham couldn’t punch through a goal in the half, which led to a 1-0 deficit at the half.

But Pelham, who had won 15 of its last 16 games dating back to last year, came out in the second half with more aggressiveness at pushing the ball downfield.

The Panthers scored two unanswered in the half to come back and pick up a 2-1 victory to remain undefeated and win the Bronze championship.

With the win, Pelham was able to score 27 points, which put them two points ahead of Carroll Ozark in second. A tie or loss would have prevented winning the title.

Pelham improved to 4-0 with the win and has outscored opponents 14-1 so far this season.