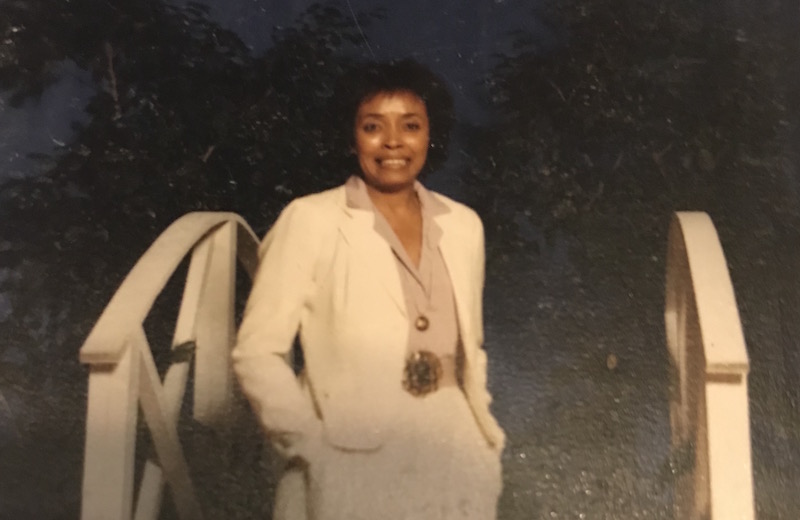 MONTEVALLO – If a building can bear witness to the immeasurable difference a person makes in others’ lives, then Montevallo High School was such a place for the late Barbara Belisle, a long-time educator and pillar of her community for many years.

Belisle was known for her concern for students, often sitting on the front steps of MHS and talking to them about their days and sharing stories of her own. 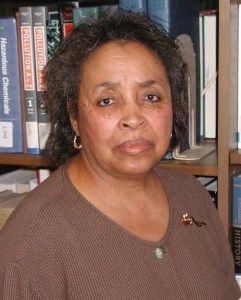 Current MHS teacher and coach Tena Niven was among the students who flocked to those steps to listen to Belisle, even though Niven was not yet in her class when she first met her in the ninth grade.

“All of the students would just gravitate toward her, and I gravitated toward her, also,” Niven said, noting Belisle’s trademark smile. “She seemed genuinely concerned and welcomed me right into her little group in the afternoons. She made everything personable. She wanted to get to know you, but wanted you to get to know her as well.”

Mike Jones also felt the depth of concern she had for her students. Jones credits Belisle with helping him overcome his shyness and learn how to speak to people with confidence, a skill that has allowed him to thrive as a minister and educational leader.

“I had the privilege of telling her years ago I would not be in education myself without having her mentoring and guidance,” Jones said. “She helped me find my voice, just like she helped other people find their voice. She saw the best in everyone.”

Jones and his wife, Joyce Jones, also emphasized Belisle’s courage in becoming the first Black teacher in an all-white school in Shelby County during integration in the late 1960s.

Belisle’s memory of walking past angry people outside of the school on her first day there was something she openly shared with her students, an experience with great significance locally in the course of the civil rights movement.

“Not many people could have done what she did when she did it,” Joyce said, adding Belisle’s poise and grace under such pressure were inspiring to her as a young Black girl. “It was always her challenge for us, for me, to rise. To not feel like you were inferior. She always told me, ‘You can do better.’”

Similar to her husband, Joyce said Belisle helped her learn how to speak in public, urging her to recite poems and perform other speaking exercises on stage, as well as run for Student Council offices in high school.

“Her love for children and people in general was the overwhelming characteristic of her life,” Joyce said. “I just don’t think there are enough good things you can say about her.”

Former student Ahrian Dudley described Belisle as a motherly figure in her life who showed her and others how valuable they were as individuals.

“For someone who wouldn’t have a lot of self-confidence, she would teach them to value themselves,” Dudley said. “She wouldn’t let you slip through the cracks.”

But Dudley said Belisle’s care came with a measure of accountability.

“It was a loving hand, but it was a firm hand,” she said. “You did not go to her class unprepared. You did not act up.”

Like Niven, Dudley recalls the meaningful conversations Belisle had with her students.

“She would sit down and address issues head-on,” Dudley said. “She would treat us like we were adults.”

Belisle was the longest-serving original member of the board of trustees for the Smith Scholarship Foundation, for which Dudley serves on the board of directors.

Describing her as sophisticated yet down-to-earth, Dudley remembers Belisle wearing silk shirts with blue jeans and drinking milk out of a wine glass with dinner because, as she would say, “Why not?”

“I’ve always said she was the most beautiful person I’ve ever known,” Dudley said. “I don’t know what I would have done or where I would be without her. She was definitely a well-loved woman.”

Belisle’s former colleagues shared equally complimentary remarks about her, using words like “phenomenal” and “outstanding” to describe a woman who commanded respect without needing to ask for it.

“She was the ultimate professional,” said former teacher and coach Bobby Pierson, who got to know Belisle when he started working at MHS in 1982. “She was a very mild-mannered person. I can’t ever remember being in her presence and she raised her voice. The kids loved her. She is one of those jewels that MHS has had the luxury of having. I call her the queen.”

Johnny McClain, a former coworker and long-time friend of Belisle’s, said she had a “great relationship” with everyone – school administrators, faculty members, students, parents and many others in the community.

McClain worked with Belisle at MHS from 1969 to 1985, when he became principal at Montevallo Middle School.

“As a person, she was outstanding,” McClain said. “She was a beautiful, sophisticated lady and a phenomenal teacher. All of the students loved her. You had respect for her for the way in which she carried herself.”

McClain said although she was a private person, Belisle never hesitated to help anyone who reached out to her.

McClain also described Belisle as “well-rounded,” a Renaissance woman of sorts because of her talents in areas outside of teaching, such as singing and writing.

“We have a group in Montevallo called the Main Street Players, and she would sing for the group,” McClain said. “She said she would have liked to be a jazz singer in another life.”

Belisle authored several books, and after retiring from the Shelby County school system, she worked at the University of Montevallo’s Carmichael Library for nearly 20 years before retiring again.

Regardless of her job status, Belisle remained accessible to her former students, communicating with them regularly and offering support when needed.

“She touched individuals even after they graduated from high school,” Pierson said. “She continued to mentor and talk to them.”

Leaving something in people

Perhaps no one can speak to Belisle’s impact on others in her 84 years of life more than her three children, Sonjia McCary, Dr. William Belisle and Cathy Belisle Gaddis.

“She meant the world to us,” Gaddis said. “She was everything you could ever ask for in a mother. I have nothing negative to say about her. She was very special, and we truly will miss her.”

Gaddis said the same was true of Belisle; she never spoke negatively about anyone, instead using her positivity to lift up those around her.

Even in trying situations, such as the first day she walked into MHS during integration, Belisle demonstrated steadfast compassion for all.

“After everything she went through, she loved every one of those students, and they all loved her,” Gaddis said, thanking those who were a part of Belisle’s life and who have shown the family support following her death. “Someone once said, ‘Legacy is not leaving something for people. It’s leaving something in people.’ That she did.”