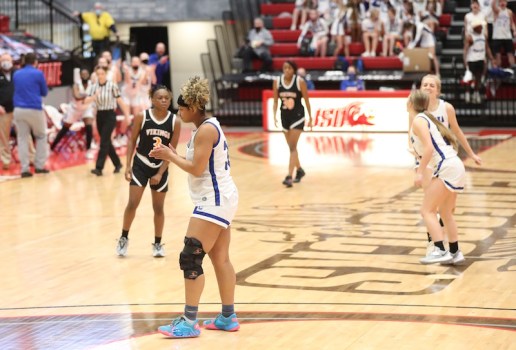 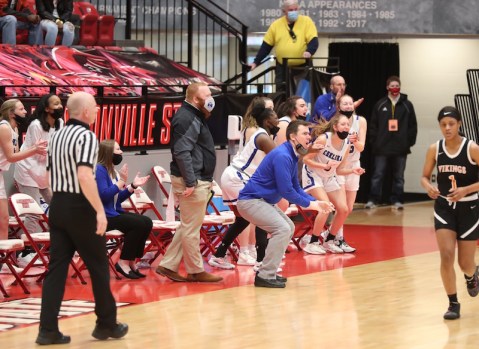 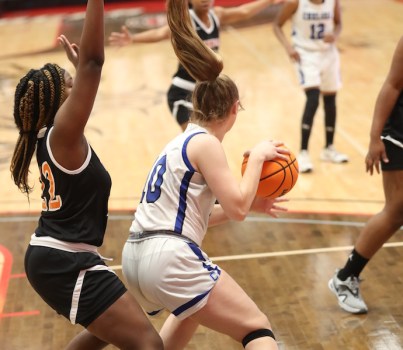 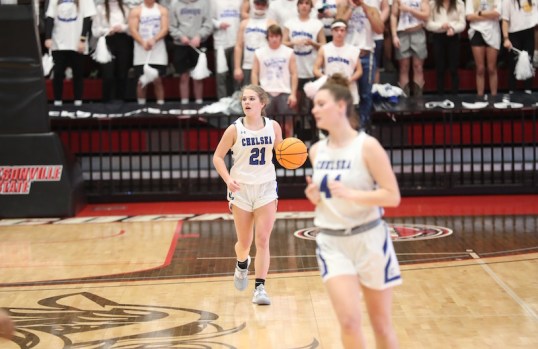 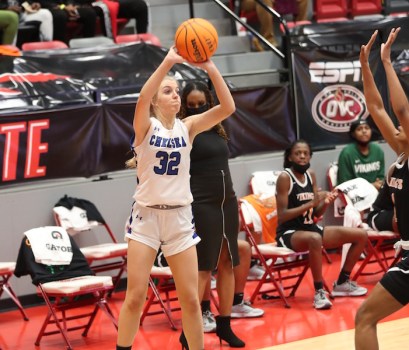 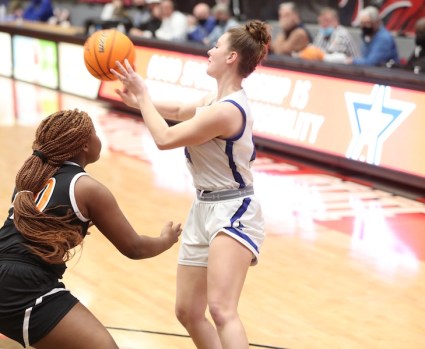 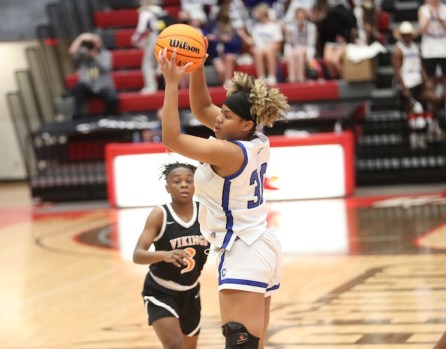 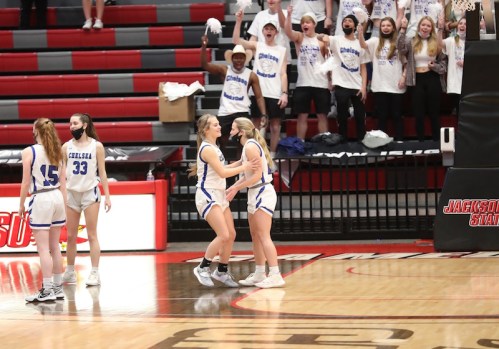 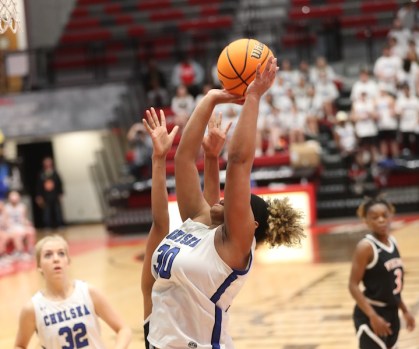 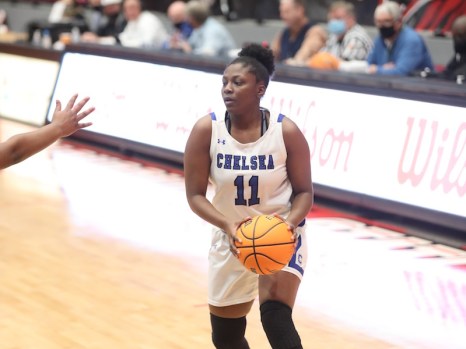 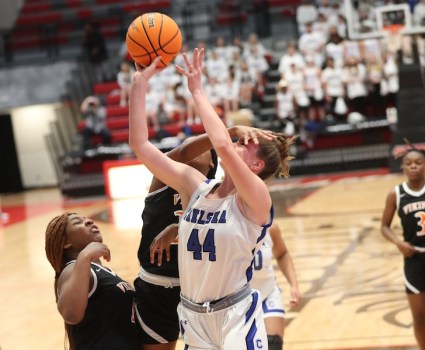 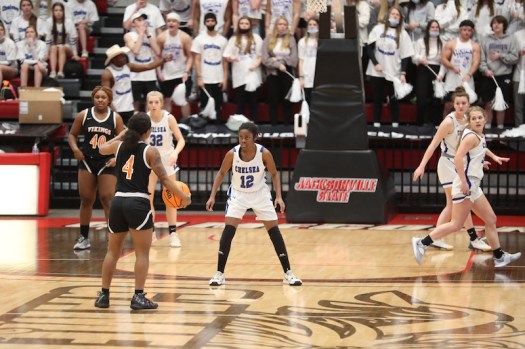 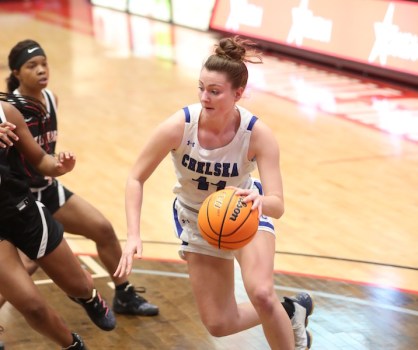 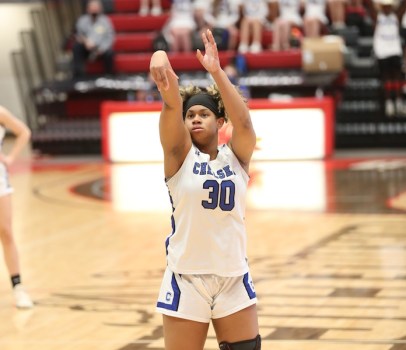 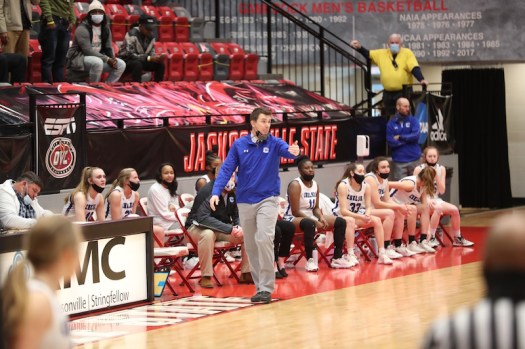 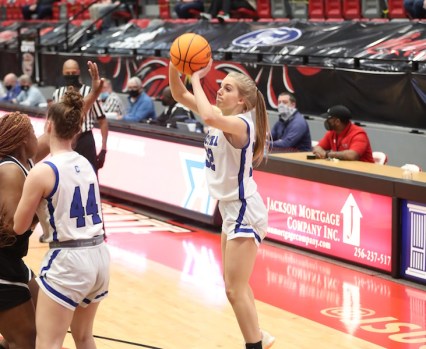 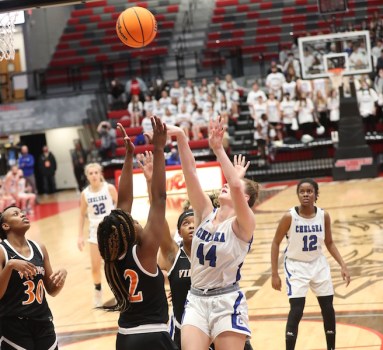 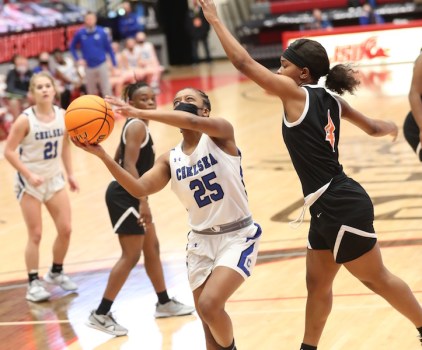 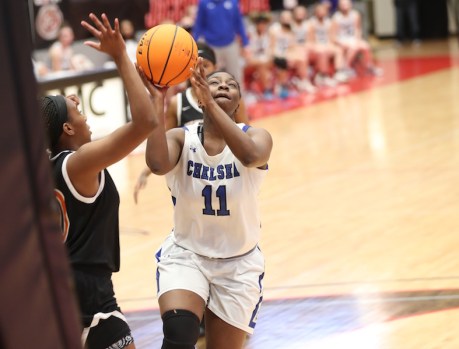 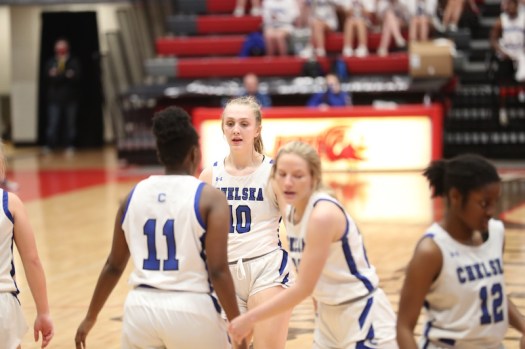 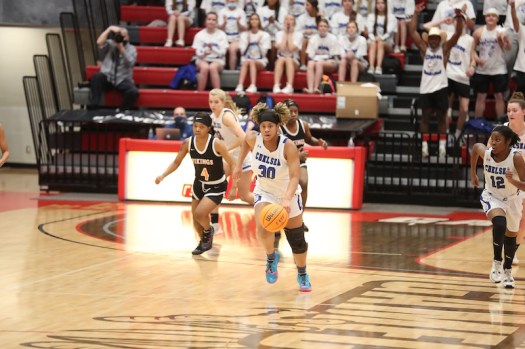 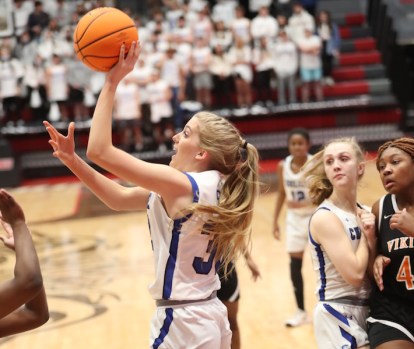 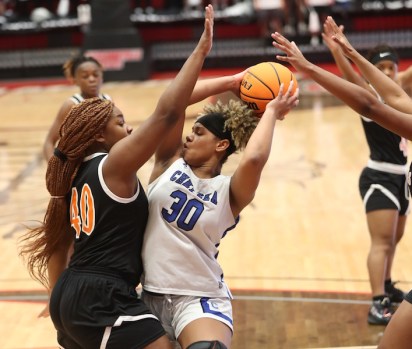 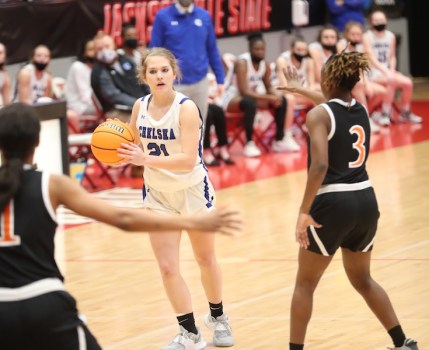 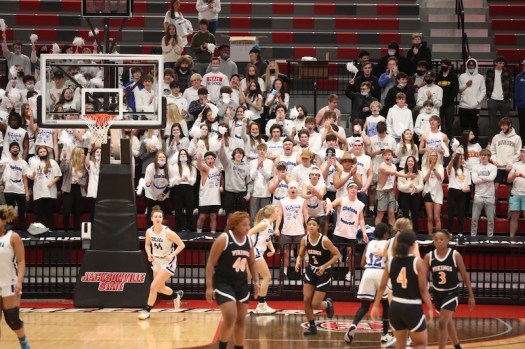 JACKSONVILLE – Just four years ago, the Chelsea Hornets won five games and were searching for any glimpse of hope they could find. In walked Jason Harlow, and on Tuesday, Feb. 23, those five wins became distant history inside Pete Matthew Coliseum on the campus of Jacksonville State when the Hornets made school history.

Playing in the Elite Eight, Chelsea controlled its matchup from start to finish, leading by as many as 20 points, to beat Huffman 58-43 and earn its first-ever trip to the Final Four.

“It’s so special for the community,” Harlow said. “I’ve been to the Elite Eight three times, but to win with this group and get over the hump with this group, it is really special.”

Motivated by their community and each other, Chelsea spent the majority of their pregame speech talking about just that.

“We talked in the locker room before the game about a lot of things, but we mainly talked about the history of Chelsea basketball,” Harlow said. “This is the first time we are going to the Final Four. 2020 has been tough on a lot of us, including the Chelsea community. I explained to the players this was big for the community. I told them we better play our butts off for the name on the front of our jersey.”

And they came out to start the game with that mentality.

Chelsea couldn’t have asked for a bigger confidence boost than what it got from the defense in the first quarter.

The Hornets forced turnovers or an offensive foul from the Vikings on eight of their first 10 possessions, which led to a 7-0 run from Chelsea out of the gate.

“It takes a little while if you haven’t seen our defense to adjust,” Harlow said. “We came in with a lot of energy on that side of the ball. That helped with confidence and was big for us late.”

The early lead also came on the shot of Ellen Fleming, who drained two 3-pointers for the Hornets.

“Our fans showed up. We knew we would have a good support system, but seeing all of those fans helped us early,” Fleming said.

The Hornets, however, capitalized on Huffman’s struggles in the final 1:30 of the period thanks to a layup from Ashley Washington and a 3-pointer at the buzzer from Mary Cartee to make it 13-3 going to the second quarter.

Huffman started the second quarter with a three, and it looked like the Vikings may have put their offensive struggles behind them.

Despite making more shots in the first minute than they had the entire first quarter, however, the Vikings still didn’t have answers for Chelsea, especially on the offensive end.

Sophia Brown answered Huffman’s first three of the quarter with one of her own. Then, the Hornets got strong down low.

Mackenzie Titus and Brown had back-to-back offensive boards to put Chelsea back in front by 10. Then, Titus made two more layups in a row to score six of the last eight for the Hornets and put them up by 14 points.

“That’s one of the things that makes our team so good. There’s not just one scorer,” Titus said. “The defense against us can’t just guard one player because we all have the ability to score.”

And that became a theme throughout the game with a balanced offensive attack that saw nine players scoring.

Another layup in the paint from Alexandria Redd made it 26-10.

Then, after two free throws from Huffman, Mary Cartee knocked down a 3-pointer wide open from the corner on an inbounds pass despite Huffman coaches screaming to cover her.

But her 3-pointer gave Chelsea its largest lead of the game at 17 going into the half.

Coming out of the break, Huffman was forced to play catchup, but Chelsea remained consistent on both ends of the floor.

The game became slightly more back-and-forth for a while, but with the 17-point lead, that worked in Chelsea’s favor. The Hornets remained strong in the post, either making layups or earning trips to the free throw line.

Up by 14 late in the period, Titus scored three straight points before Mary Henley Carney hit a 3-pointer in the final 10 seconds to put Chelsea up by 20 points at 44-24 heading to the final quarter.

In the final quarter, however, Huffman came ready to battle for its season. The Vikings made the determination to let it fly from three and force Chelsea to make free throws to win the game.

That method worked for a large portion of the final quarter and almost saw the Vikings with a chance to win it late.

They hit four 3-pointers in a row to trim the deficit to 12 points.

In the meantime, Chelsea struggled from the line, either coming up empty-handed or making one of two each time.

Huffman took advantage of the momentum swing and cut the Chelsea lead all the way down to six points with 1:30 to play.

From there, however, Chelsea made six of its next eight free throws, including four in a row from Schwallie and Brown, while Huffman started putting together empty trips.

That became the final straw.

Chelsea went on to see its lead blossom back to 15 points, creating the 58-43 final and school history.

“I don’t have words. This is a feeling I never thought I would experience,” Fleming said. “We’ve worked our butts off every day, and we’ve gotten where we want to go.”

Fleming and Titus are two of a few seniors that have played a key role in helping turn the program around the last four years, and helped the team make history because of their buy-in to Harlow three years ago.

“I came in three years ago and the kids like the two beside me (Fleming and Titus) had total buy-in,” Harlow said. “They never bought into the fact that you can’t go to a final four at Chelsea. They epitomized winners and character.”

They bought into it. Now, going to a Final Four at Chelsea has become a reality.

Chelsea will take on either Carver or Eufala on Monday, March 1, at 2 p.m. at UAB’s Bartow Arena.