COLUMN: The loss of a pet is never easy 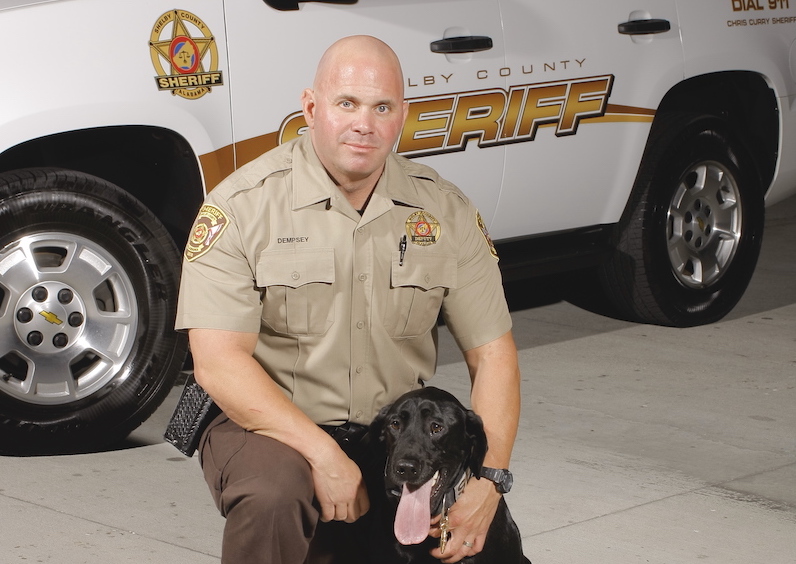 Dep. Rory Dempsey with Rocky, his K9 partner for five years and family pet for longer, who passed away following a cancer diagnosis. (Contributed)

I remember it like it was yesterday. I got home for the weekend from the University of Alabama on Friday, Feb. 11, 2011. I went into my parent’s bedroom, sat down in their brown leather La-Z-Boy recliner and started talking with my parents.

I could immediately sense something was off. Normally we would share a few laughs when I got home, but my parents knew something I didn’t.

“Alec,” my mom said, dreading the words that she was about to have to say. “Do you notice somebody not here.”

Excited to be home for the weekend, I was oblivious. Then it hit me.

I looked around in panic as tears filled my eyes.

“Where is Shelby?” I asked, hoping my assumption was wrong.

“We had to put her down,” my mom responded heartbroken, confirming the worst possible news.

Just a few days earlier, our chocolate lab collapsed in the front yard and couldn’t get up, moaning in pain. My mom, being the loving person she is, laid in the yard with her to comfort her before picking her up and taking her immediately to the car to go to the vet.

That’s when the heartbreaking decision to put her down at the age of 12 had to be made after her health deteriorated.

My parents waited to tell me until they could do so in person, which I am now grateful for, but it was some of the most difficult news I ever received.

I spent many weekends in a duck blind alongside Shelby, and after she retired from being a hunting dog, which she had a passion for, she became a house dog and slept next to me until I left for college.

Then, all of a sudden, she was gone.

Recently, the Shelby County Sheriff’s Office has dealt with the same tragedy, losing two of their K9 dogs in a week.

Both dogs were very special in the skills they had, but more importantly, the purpose they had in their handlers’ lives.

For Barnes and Dempsey, the two dogs were more than coworkers, they were part of the family, and those two family members are now gone.

I empathize with them and know it’s a difficult moment to have to say goodbye to a pet that is so much more than just an animal.

But I truly believe every dog that enters our life has a purpose.

Shelby will always be my first pet and will be one of the best memories of my childhood, while Rocky and Aksel not only did their part in making Shelby County safer, but also leaving a lasting impact on two different families.

Rocky was more than a good boy