Why is Shelby County struggling to get vaccines? 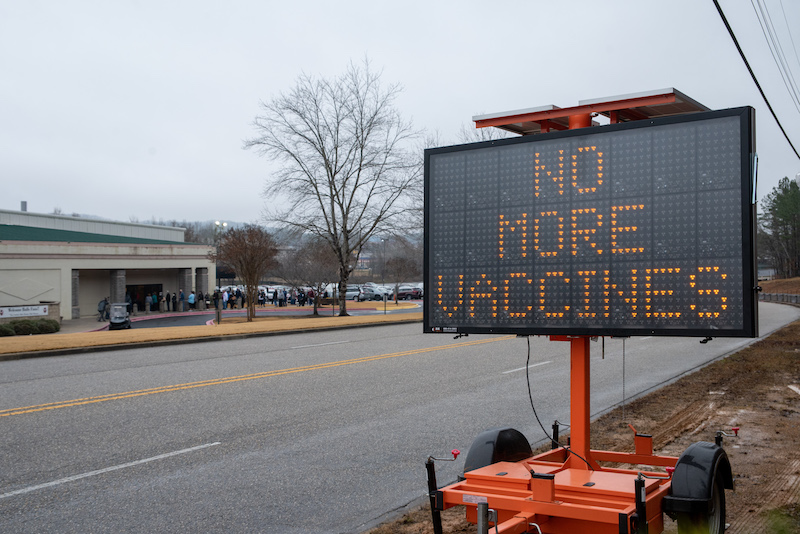 Shelby County Manager Chad Scroggins and Rep. Corley Ellis have been disappointed with the number of COVID-19 vaccines allocated to the county, while the Alabama Department of Public Health has yet to release how many have been distributed to counties across the state. (File)

Since the rollout of the COVID-19 vaccine began across Alabama in mid-December, there has been concern of where the allotments the state receives are going.

Rep. Corley Ellis has been alongside Scroggins in the fight, asking for numbers on how many vaccines the county has been given compared to others.

So where is the vaccine going? We don’t know.

Neither Ellis nor Scroggins has been given the answer and the Alabama Department of Public Health has not released a dashboard showing the allotment each county has received.

When asked to share those numbers, representatives with the ADPH said they hope to provide more information in the future.

“I’ve had multiple meetings with ADPH. It does appear to me that Shelby County doesn’t seem to be getting our fair share,” Ellis said. “You hate to even say that our vaccines are going somewhere else, but we just don’t know where they’re going.

Area Health Officer with the Alabama Department of Public Health Dr. Karen Landers did provide some insight into the distribution process.

“The ADPH reports that vaccine distribution in Alabama is based upon the federal micro planning tool, Tiberius, in order to have data based upon limited vaccine supply,” Landers said. “This tool allowed ADPH to identify the numbers of persons in Phase 1A who would be eligible for vaccine.  Each county received an equitable distribution of product based upon this tool. To date, Shelby County ranks eighth in the state for vaccine doses administered by county of residence.”

But the number of vaccines distributed to Shelby County and others across the state remains a mystery.

“Obviously we fully understand there is a supply issue from manufacturers out of the state,” Scroggins said. “But Shelby County makes up 4.4 percent of the state’s population, and we’ve received significantly less than that. When the first 800,000 came into the state, 4.4 percent would have been 35,000. We were hovering around 10,000.”

He added that the ADPH’s reason for allocation to different areas has been a “moving target,” and they’re told something different every time they ask about numbers.

“The transparency from ADPH in Montgomery has not been very good,” Scroggins said. “They’ve done some of the larger clinics in other places. The week before last, they did five days of clinics in one county. We’ve had less than 5,000 total in our county. They did that in one week.”

Scroggins and Ellis have both been pushing the ADPH to help get more vaccine to the county, which did earn three separate clinics on Feb. 17, Feb. 24 and Feb. 25. 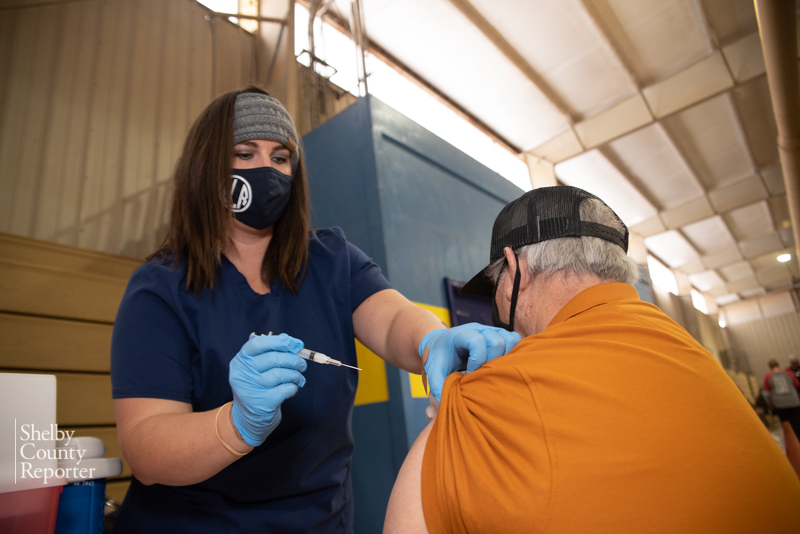 During that span, 2,500 vaccines were put in arms. There was one additional clinic put on by the ADPH in Columbiana, but Scroggins said it’s not nearly what some other counties are receiving.

“Other counties in the area are receiving two or three times more than we are,” Scroggins said. “It hasn’t been equitable.”

The county now has seven locations giving out the vaccine aside from ADPH clinics. Those include Mainstreet Family Care in Pelham, the Shelby County Health Department, Shelby Baptist Medical Center in Alabaster, Brooklere Pharmacy in Alabaster, Montevallo Family Medicine, Southern Family Health in Columbiana, and most recently, the Walmart in Calera.

But the numbers coming out of those private clinics are unknown and getting an appointment has been challenging with some offering limited supply daily and others out completely.

“In my opinion, these numbers should be readily accessible on their website and easy to understand,” Ellis said. “We don’t need to beg and plead for them. They know where every shot that enters the state of Alabama, where it ends. If the state is responsible for the distribution, those numbers have to be at the touch of the button.”

Scroggins said he knew personally people that had traveled to South Carolina to get the vaccine or to other counties that surround Shelby. He also said that it’s a lot to ask 75- and 85-year-olds to travel to Calhoun County, Selma and beyond to get the vaccine.

He and Ellis both have asked for transparency in knowing where the vaccines are going, while also offering to help.

Scroggins said the county is the perfect spot to distribute as much vaccine as they can get because of the resources and access with several hundred thousand people in Shelby County and the surrounding areas.

“Our county commission has said we will do whatever it takes to make this happen,” Scroggins said. “With our current set up, we could easily do 1,500 people per day. It doesn’t matter where you are from, we can set it up. We’re trying to help them with their own problem, it’s as simple as that.

“Instead, Montgomery ADPH has not provided any help, in my opinion, to the local ADPH workers. It’s frustrating.”

Scroggins did emphasize that the local ADPH employees have done a tremendous job at putting shots in arms and have been working hard, but the ones allocating where they are going aren’t being forthcoming with local staff or officials.

Despite the numbers not being readily available yet, both Scroggins and Ellis plan to continue the push for Shelby County to receive their fair share.